Seventh-seeded Florida held off No. 10 seed Virginia Tech 75-70 in a first-round game. 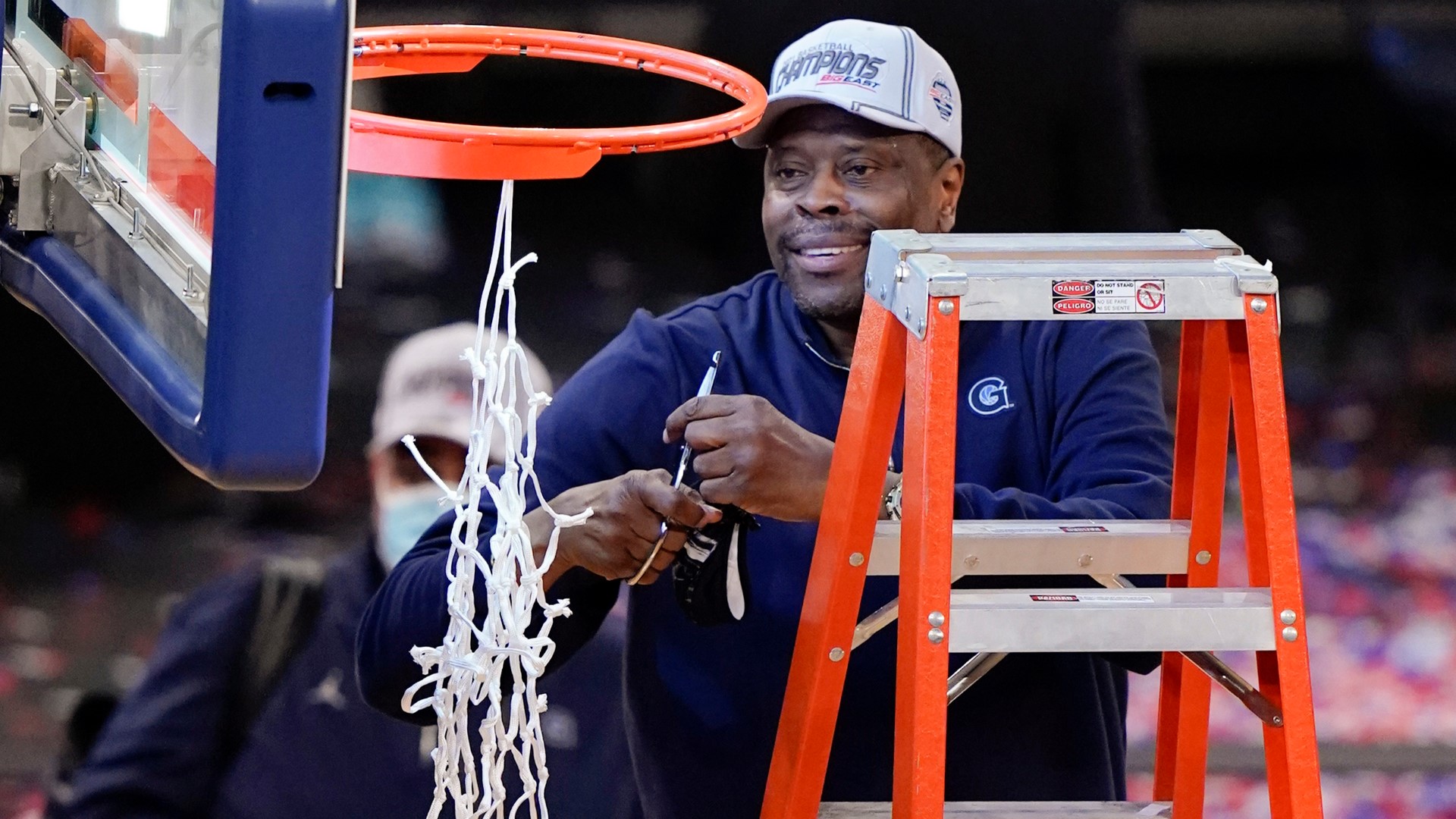 INDIANAPOLIS — Florida is heading to the second round for an eighth straight NCAA Tournament appearance — and with arguably its best player on the bench as a de facto assistant coach.

Colin Castleton scored 19 points and grabbed 14 rebounds, Tre Mann hit a step-back 3-pointer with 23 seconds left in overtime and the seventh-seeded Gators held off No. 10 seed Virginia Tech 75-70 in a first-round game on Friday.

Florida was cheered on by Keyontae Johnson, who has supported and inspired his teammates from the bench since his return from a scary medical episode. Johnson collapsed on the court during a game in December and was hospitalized, forcing him to sit out the rest of the season.

Credit: AP
Florida guard Noah Locke (10) shoots against Virginia Tech in the second half of a first round game in the NCAA men's college basketball tournament. (AP Photo/Michael Conroy)

Castleton, a transfer from Michigan, was dominant on the inside and Mann showed up with a pair of key 3-pointers late to send the Gators (15-9) into the second round to face the Ohio State-Oral Roberts winner.

Mann hit a 3 with 2:49 left in regulation, a shot that became huge as Virginia Tech rallied in the closing seconds and forced overtime on Nahiem Alleyne’s 3-pointer with 1.4 seconds left. Mann’s second big 3-pointer gave the Gators a 74-70 lead and proved enough after Cordell Pemsel’s missed jumper with 10 seconds left.

RELATED: Journey to $1,500: Track how you're doing in the Bracket Challenge here

RELATED: If Coach Patrick Ewing filled out a March Madness Bracket, who do you think his top pick would be?