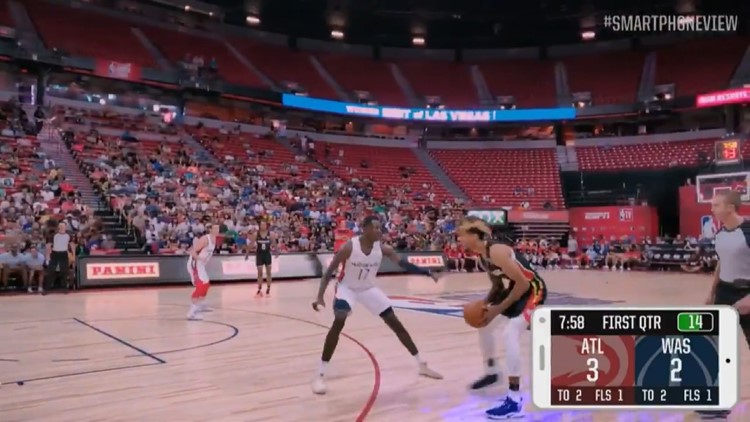 Photo by: NBA/ESPN
A play during the first quarter of the Washington Wizards summer league game against the Atlanta Hawks.

LAS VEGAS — The Washington Wizards have been a part of a couple firsts this summer.

The team made Rui Hachimura the first ever Japanese-born player to be selected in the first round of the NBA.

Now, the Wizards played in the first game broadcast to be shot with only smartphone cameras.

An alternate broadcast on Thursday's summer league game between the Wizards and the Hawks was shot using only six Samsung cellphones, and AT&T's 5G network.

The Wizards won the game 76-71, with Rui Hachimura scoring 25 points for Washington.