The Washington Nationals will bring back reliever Daniel Hudson after he was a key part of the team's 2019 World Series run. 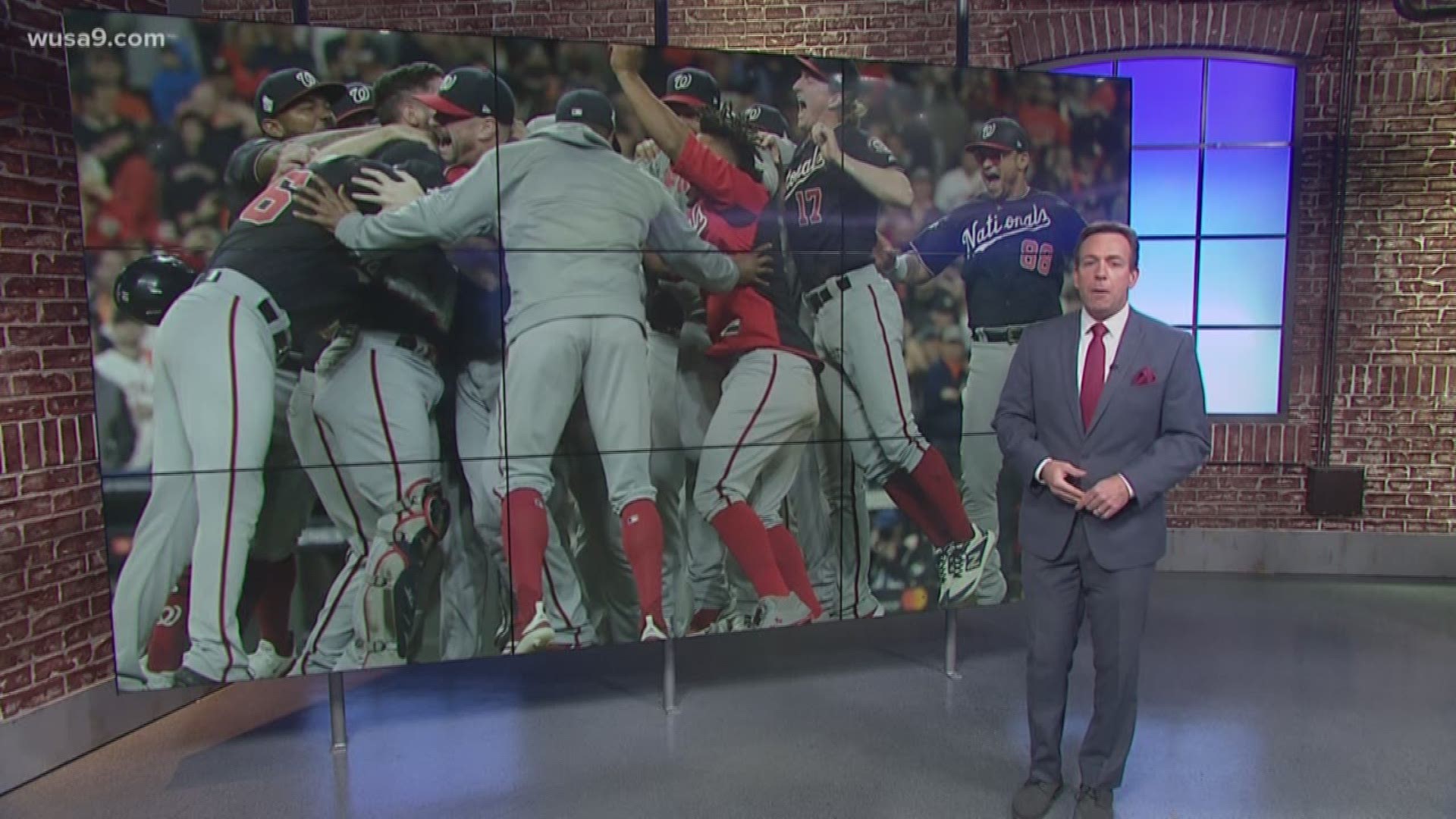 WASHINGTON — After recording the last out of the 2019 World Series, Daniel Hudson is finalizing a two-year deal with the Nationals that will bring him back to Washington, according to ESPN's Jeff Passan.

The 32-year-old relief pitcher from Lynchburg, Virginia, played a vital role in the Nationals success in the postseason, and will reportedly make $11 million as part of his deal. There is also a $1 million performance bonus as part of the deal.

Other than his help in bringing Washington a World Series championship, Hudson made headlines nationally when he did not attend Game 1 of the National League Championship Series so he could witness the birth of his daughter. People both applauded and questioned the move by the pitcher, but the Nationals supported his family decision.

RELATED: These are the most-read sports stories from 2019

Hudson has been in Major League Baseball since the 2009 season and played both college and high school baseball in Hampton Roads, Virginia, which is only a few hours from Washington.

Hudson is the second relief pitcher that has been signed by the Nationals in 2020, which may be in part because relief pitching was a low point for the team, something that many pointed to as part of the team's struggles at the beginning of last season -- before its thrilling and historic postseason run.

Relief pitcher Will Harris, who gave up the go-ahead run to the Nationals in Game 7 of the World Series, signed with the team last week. He is one of the premier relief pitchers in the MLB and gave teams, including Washington, fits at the plate all season long.

Jeff Passan also reported that the Nationals will sign former Milwaukee first baseman Eric Thames for $3 million in 2020, with a $1 million buyout on a mutual option in 2021.