Dave Martinez will manage the Nationals beyond next season

Martinez and the Nationals agreed to a multiyear contract extension. 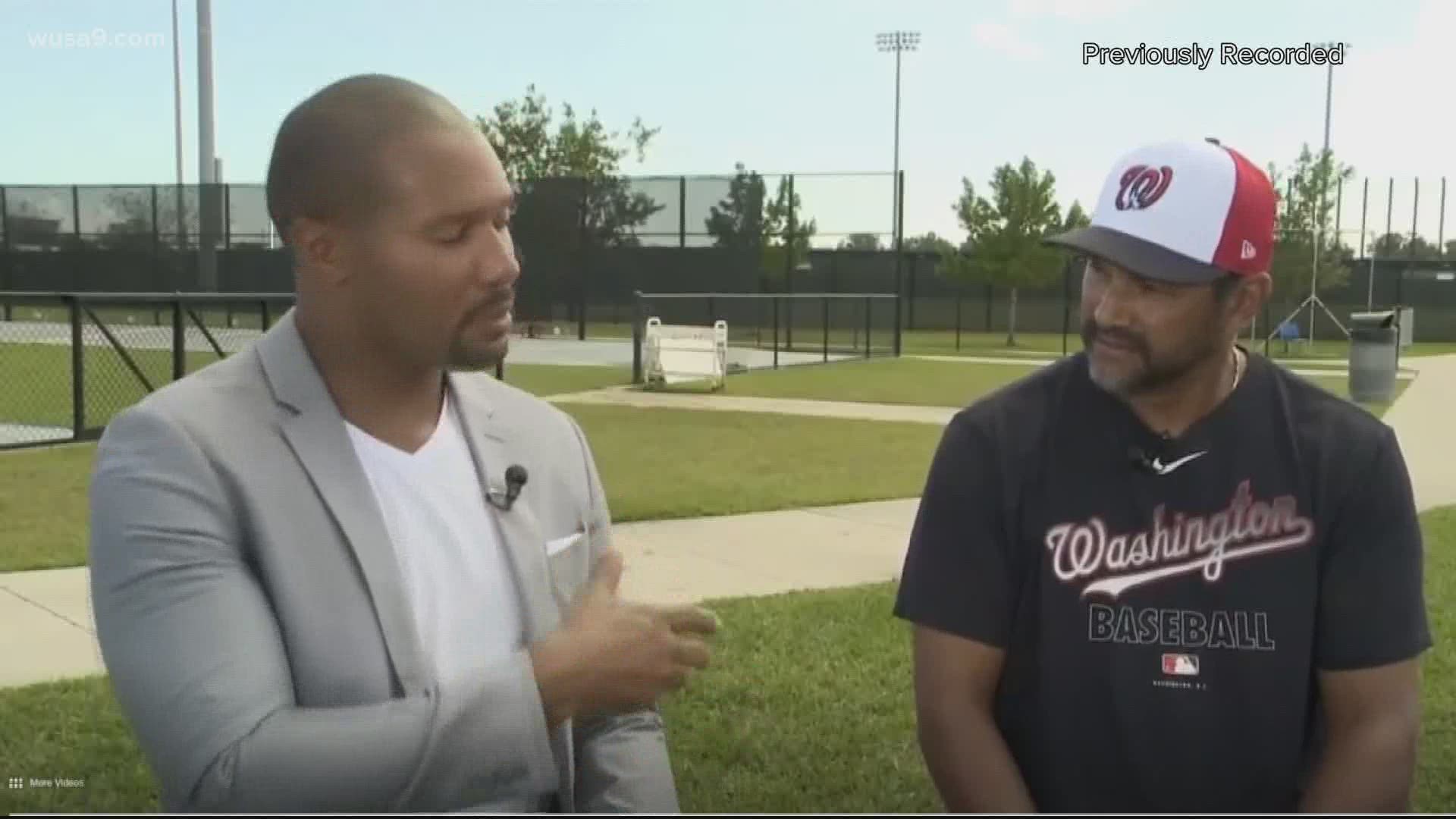 WASHINGTON — Manager Dave Martinez and the Washington Nationals agreed to a multiyear contract extension that the team announced Saturday.

Martinez led the Nationals to the franchise’s first World Series championship in 2019, his second season as the team’s skipper.

When he initially was hired, Martinez signed a three-year deal with a club option for 2021 that had not yet been picked up by the Nationals.

“I can’t say enough about Davey’s leadership qualities and the poise he shows under pressure,” said Nationals president and general manager Mike Rizzo, who recently was given a three-year extension by the club. “The players, coaches and staff have the utmost respect for him as a manager and a person. There is no one else our team would rather have at the helm.”

After a title defense slowed by injuries and inconsistency during a 60-game season delayed and shortened by the coronavirus pandemic, Washington entered Saturday — Martinez’s 56th birthday — with a 23-34 record and in last place in the NL East.

“I love it here. I don’t see myself going anywhere else,” Martinez said this week. “I appreciate the family. I appreciate this organization. We’ve built a special relationship here, so I hope I get a chance to stay for many, many years.”

Injuries were a significant issue for the Nationals, with World Series MVP Stephen Strasburg throwing just five innings because of a nerve issue in his pitching hand and players such as Starlin Castro, Sean Doolittle, Tanner Rainey, Adam Eaton and Carter Kieboom finishing the year on the IL.

There were some calling for Martinez to lose his job last season when Washington got off to a 19-31 start. But Rizzo stood by his manager, and the team eventually turned things around, going 74-38 the rest of the way to reach the playoffs as an NL wild-card team.

The Nationals then beat the Milwaukee Brewers, Los Angeles Dodgers and St. Louis Cardinals to reach the World Series, where they beat the Houston Astros in Game 7.

Washington joined the 1914 Boston Braves as the only teams in major league history to win a World Series after being 12 games below .500 during a season.

The Washington Nationals have agreed to a multi-year extension with World Series Champion Manager Davey Martinez.