The Washington Post reported that while the Nationals were in the midst of a World Series run, the team was aware of the Astros cheating ways, and prepared for it. 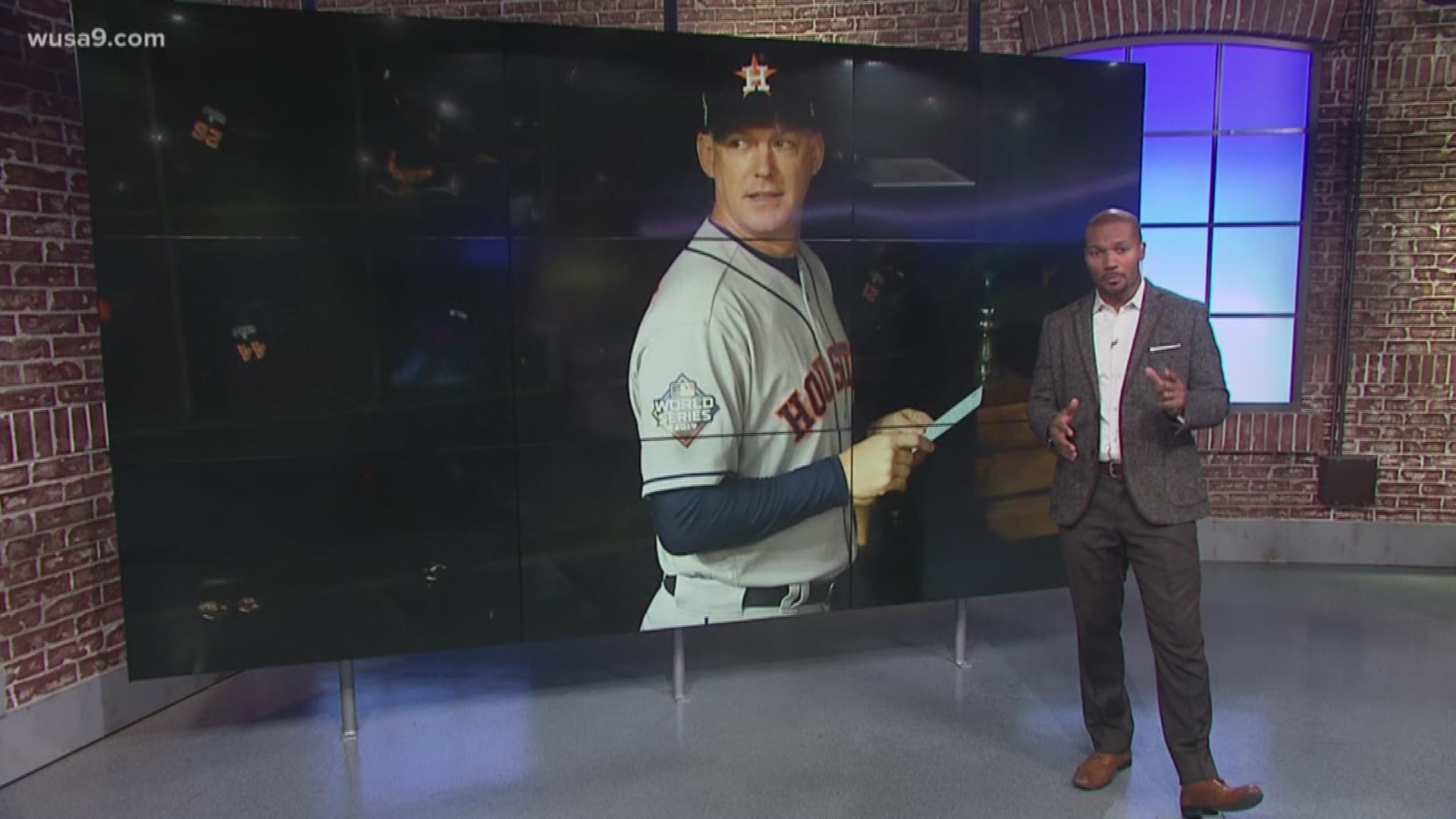 WASHINGTON — If you're a Nationals fan and have asked yourself, "How did Washington win the World Series if the Houston Astros cheated?" the Washington Post has your answers

The Post report said the Nationals knew during the seven-game series against the Astros that they were dealing with an opponent that wasn't playing by the rules. The Nats apparently took extra measures to combat the sign-stealing that has now cost several Major League Baseball coaches and one general manager their jobs.

While the Nats prepared for the World Series, which was won in dramatic fashion, the team reportedly heard from other organizations and clubs inside the MLB who spilled the details of how the Astros had been cheating over a three to four year period.

According to the Post, the Nationals ending the NLCS series with the St. Louis Cardinals earlier than the Astros did with the Yankees in the ALCS, helped Washington prepare to deal with the Astros cheating.

Scouts reportedly went to the Astros games against the Yankees, looking to see if there were cameras in the outfield being used to steal signs. They allegedly used binoculars and walked around the stands in the outfield during games, to search for cameras.

Going into the Fall Classic, the Nats took great steps to try and disguise their signs between pictures and catchers, creating multiple sets of signs that could be rotated. They also supplied catchers with wrist bands that had the signs, and gave pitchers a list of the signs that could go under their hats, in order to keep all the changing signs straight between players.

Catchers were also reportedly told to put down multiple signs for the same pitch, even with no runners on base. Traditional sign-stealing requires a base runner at second base to look at the catcher's fingers, something that is mostly expected in baseball as part of the game.

In January, the MLB announced that it had suspended Astros manager A.J. Hinch and general manager Jeff Luhnow for the 2020 season, in addition to issuing Houston a $5 million fine and taking away its first and second-round picks for the next two drafts.

The Astros subsequently fired Hinch and Luhnow, while Boston Red Sox manager Alex Cora -- who served as Houston's bench coach during the scandal -- parted ways with the Red Sox, who remain under investigation for their own sign-stealing scandal.

MLB's investigation found that Beltran, who played for the Astros during the 2017 season, was one of the ringleaders of the plot in which Houston allegedly used video equipment to steal signs and tipped off pitches to hitters by banging on a trash can from a dugout. Accusations of players wearing electronic equipment to receive signs, however, could take the scandal even further, with many pointing to Altuve telling teammates not to rip off his jersey following a walk-off home run in the American League Championship Series as evidence of wrongdoing.

No Astros players are being punished even though most position players on the 2017 team participated in some way, according to the report.

Many of the players interviewed said they knew it was wrong and they worried about getting caught.