Both teams are scheduled to play on Sunday within a few hours of one another. 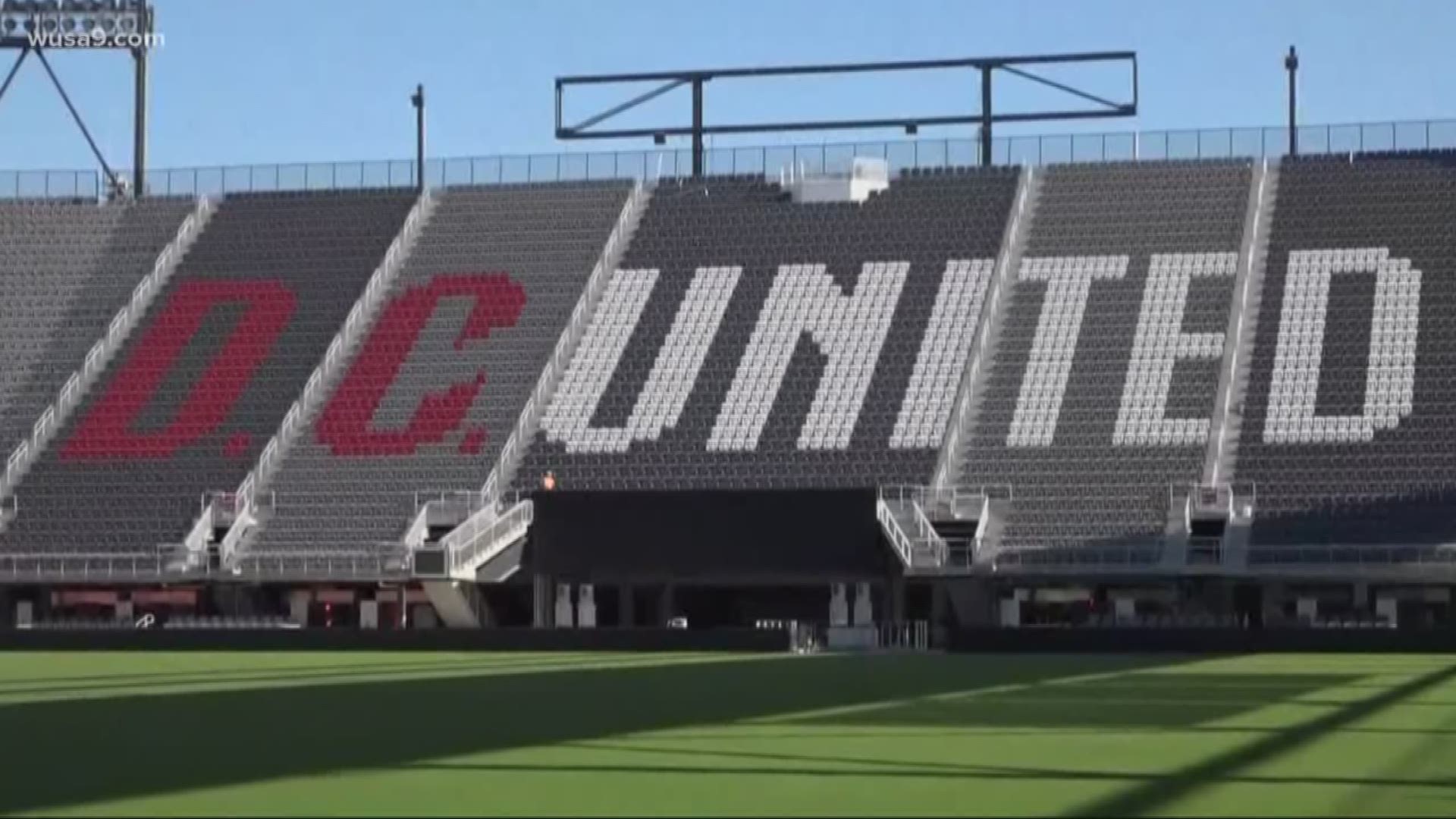 WASHINGTON — It's a great time to be a sports fan in D.C., just plan ahead if you want to take in one of this Sunday's major sporting events in Navy Yard.

D.C. United is scheduled to take on FC Cincinnati at 4 p.m. at Audi Field in the team's regular season finale. Then, at 7:45 p.m., the Nationals will take on the Los Angeles Dodgers at Nats Park for Game 3 of the National League Division Series.

Both stadiums sit about 1,000 feet away from one another. They also sit a combined 60,000 people.

The D.C. Police Department suggest fans of either team consider using mass transit or modes of transportation alternative to driving to get to the neighborhood Sunday.

"There is a well-coordinated Traffic Operations Plan that is supported by both DDOT and MPD that is utilized throughout the season and has provisions for concurrent events at Nats Park and Audi Field," the Metropolitan Police Department said in a statement.

Navy Yard and Capitol Riverfront ANC Commissioner Edward Daniels said his neighborhood is excited for Sunday. However, he too, asks that anyone traveling to the area leave their cars at home.

"Parking can definitely be a bit of a nightmare whenever both teams are playing," Daniels said.

D.C. sports fan Bill Bride already has tickets to go to the D.C. United game on Sunday, but he said he is also considering getting tickets to the Nationals game too.

He said he is going to take the Metro to Navy Yard from his home in Virginia. He doesn't want to ruin the day by being stuck in traffic.

"Sunday is shaping up to be a really good D.C. sports day," he said.