Mystics fans believe the womens' success will teach young men some lessons too. 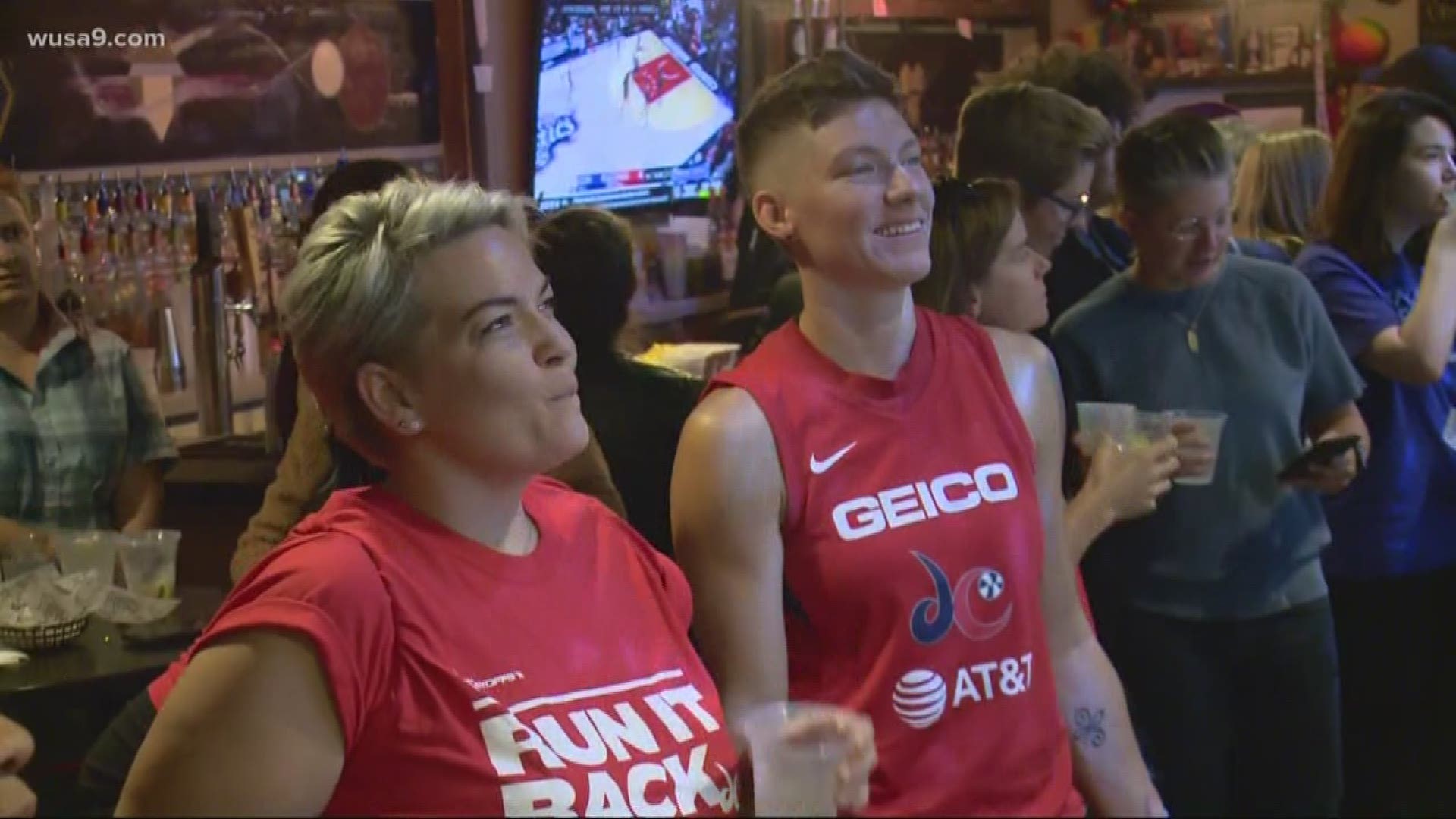 WASHINGTON — The Washington Mystics have won their first WNBA championship and their fans across the DMV are excited.

Mystics faithful held several TV watch parties in D.C. to see the team take on the Connecticut Sun in a decisive Game 5.

Fans at "A League of Her Own" in Adams Morgan said it was important to come out one more time to support the team they have watched the entire year.

"We want to make sure they know how proud we are of them," Jo McDaniel, a Mystics fan and bar manager at A League of Her Own, said.

Not only are the Mystics champions, but their fans say they have shown that women are able to compete on the hardwood just as well as men.

"This is just another example of wonderful athletes going to work and winning a championship," Rachel Pike, a Mystics fan and security director at A League of Her Own, said.

Pike, who also coaches a JV boys basketball team, believes the Mystics' success will teach young men some lessons too.

"It's also really going to be powerful for boys to see women win," Pike said. "So, I'm excited for the conversation to start to shift."

But, fans who attended the Mystics-Sun game at the Entertainment Sports Arena in Southeast DC are thinking about something else right now: will the Mystics be able to repeat for a championship in 2020.

"Of course they will," Mystics fan Emily Harris said.

Mystics fan Lectoye Oliver said he was relieved to see the Mystics pull out a win.

RELATED: There's no parade for the Washington Mystics after winning the WNBA championship, here's 1 possible reason why