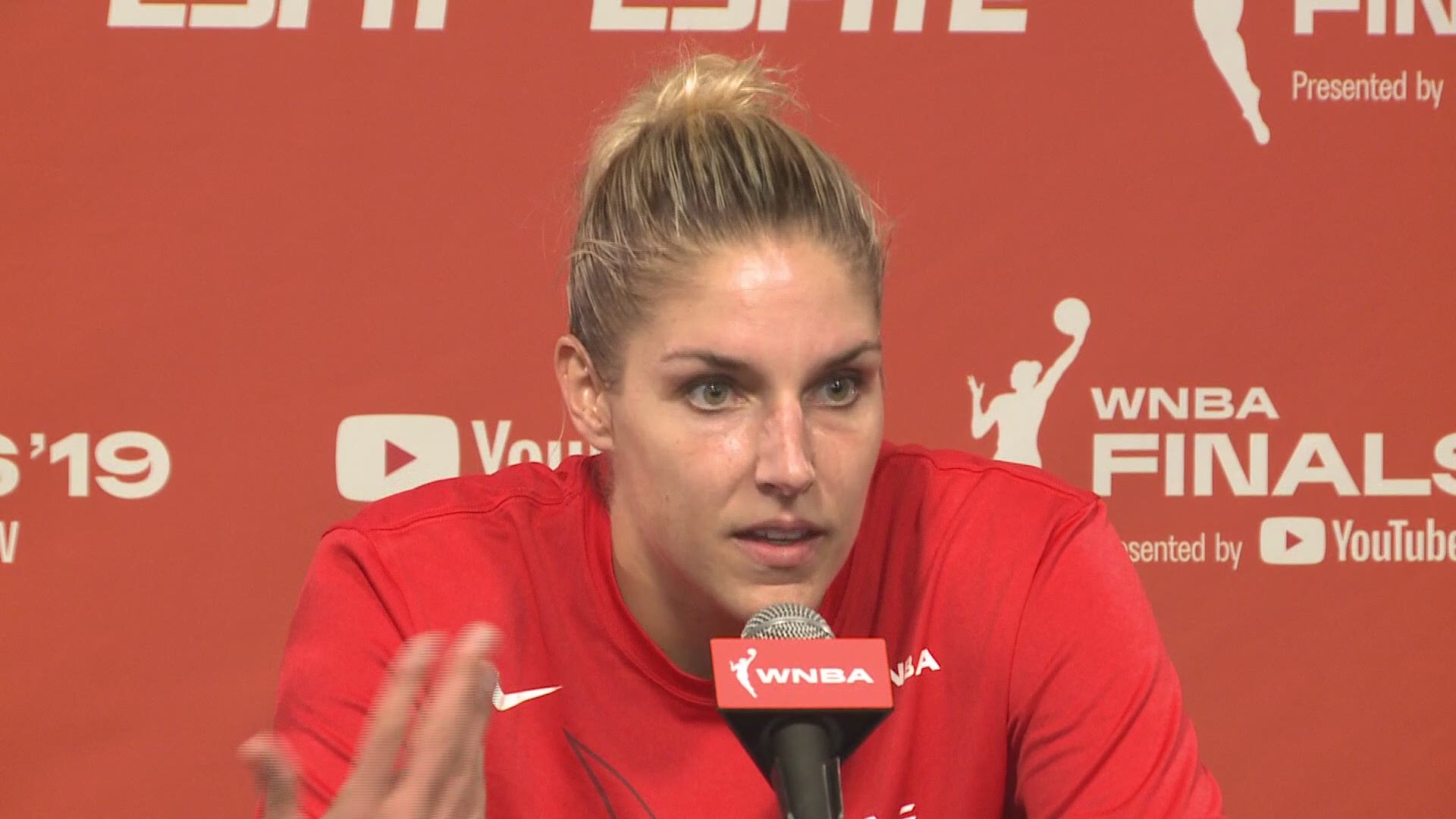 WASHINGTON — The Washington Mystics kicked off the WNBA Finals with a home victory against No.2 Connecticut Sun on Sunday, leading a fourth-quarter rally to clinch the win at 95-86.

Sunday's game is the first Finals victory for league MVP Elena Delle Donne, whose offensive power scored 22 points for the team alongside five assists and 10 rebounds. Donne has now surpassed over 600 postseason points.

But Donne wasn't the only one who dominated Washington's offense -- Ariel Atkins managed five steals and another 21 points.

Credit: AP
Elena Delle Donne dribbles the ball in a game for the Washington Mystics.

The hustle didn't go unnoticed from head coach Mike Thibault, who said both Atkins and Donne's effort gave the team the momentum they needed to win.

"The Ariel Atkins contribution was huge today," said Coach Thibault after the win. "From making her first three of the game to being aggressive, that looked like the Ariel from last year in the playoffs."

By halftime, the Mystics were up 55-46. But despite the lead, the Sun managed to get within just four points in the remaining five minutes -- thanks in part to Connecticut's Courtney Williams and Alyssa Thomas, whose combined 46 points helped narrow the score.

The best-of-five series continues at home again on Tuesday, Oct.1 at 8 p.m. at the Entertainment and Sports Arena in D.C. If the team wins, they will be the first team to bring home a championship to the District since the 2018 Washington Capital's Stanley Cup win.