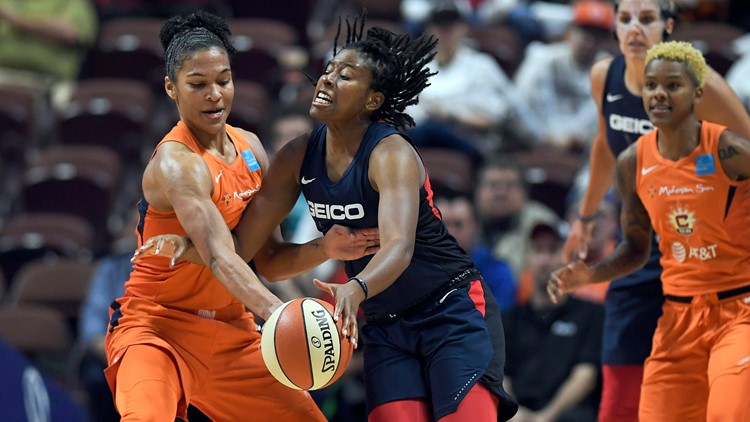 The Washington Mystics lost Game 4 of the WNBA Finals to the Connecticut Sun 86-90 on Tuesday night.

After trailing by 16 points at the half, the Mystics came out of the locker room fired up, scoring 16 nearly-unanswered points; the Sun scored 1 point during the run. The third quarter ended tied 68-68. Ultimately, it was not enough for a win.

The series is now tied 2-2. The Mystics won the first two games of the series, before losing two in a row.

RELATED: Mystics strong offense wins against the Sun in Game 1 of WNBA Finals