Not a jinx: The World Series trophy presentation was rehearsed both in DC and Houston

Some correlated the practice trophy presentation before Game 3 as bad luck for the Nats, but it's common practice 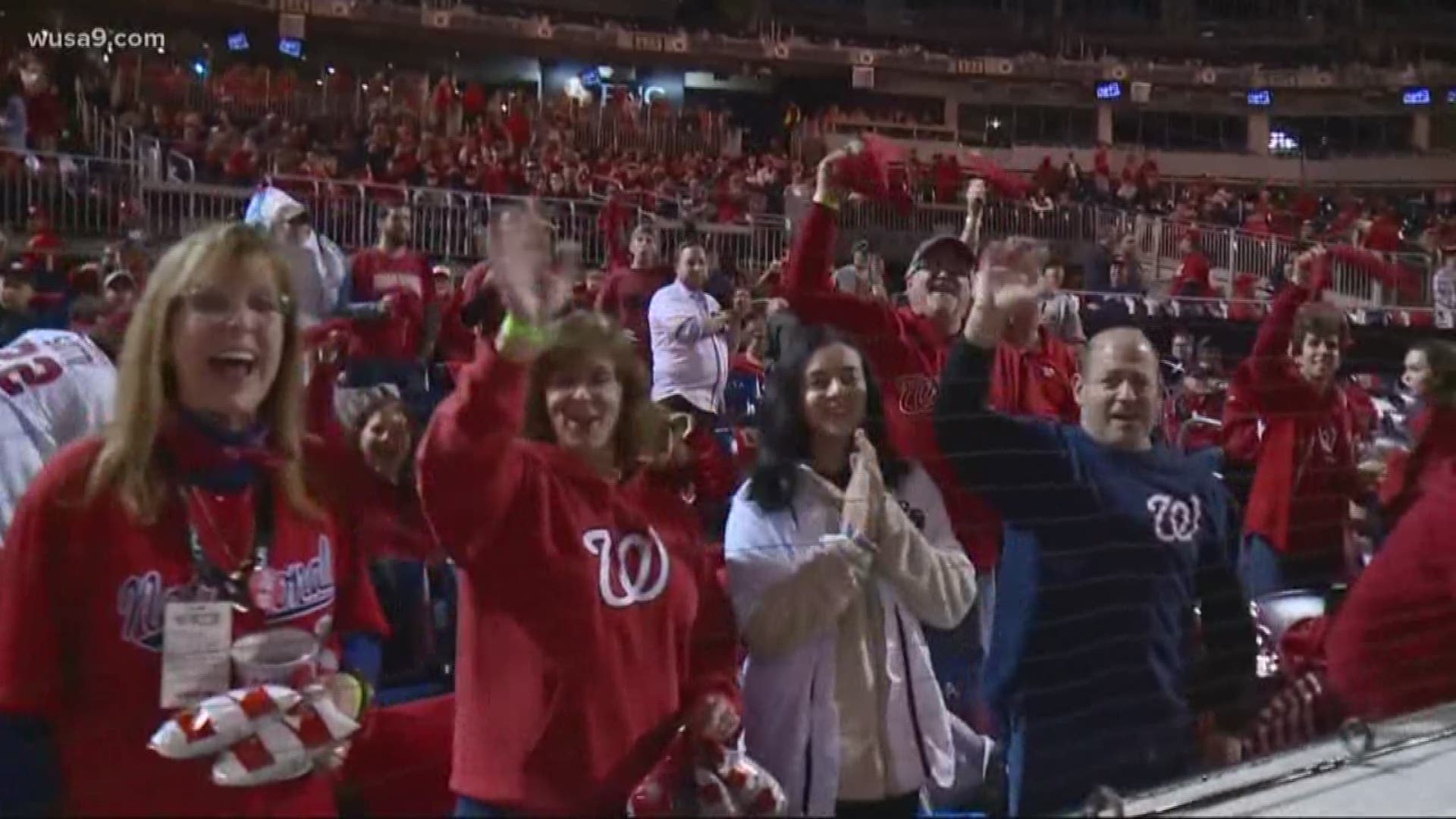 WASHINGTON — With the Nationals making the ultimate comeback from a rough season start, it's easy to see why Nats fans would be superstitious during the World Series run.

Curses are easily believed. Navy jerseys are hailed as tokens of good luck. Mascot Teddy Roosevelt winning the President's Race is loosely seen as a predictor of a postseason win.

So when fans saw a practice trophy presentation in Nats Park before Game 3, the first game in D.C. and the start of a three-game losing streak, it's understandable why they might blame the practice for the team's recent poor performance.  After all, the team had the second-worst record in the National League for a while this season.

The run-throughs are seen as a dress rehearsal of sorts for the league and broadcast affiliates, a precautionary measure at minimizing what could go wrong during the live presentation after the game.

But the Nationals had nothing to do with the practice run: rather, the MLB does at every site of championship rounds in the World Series.

In fact, they even did it in Houston.

The Astros practiced on their field for the trophy presentation on Oct. 28, the day before Game 6. The practice presentation mimicked the one at Nats Park before Game 3, with the stage set up in center field in a mostly empty stadium.

The remainder of the World Series games will be played in Houston, meaning that the championship trophy will be presented there, too. Let's just hope it's presented to that underdog team from Washington.