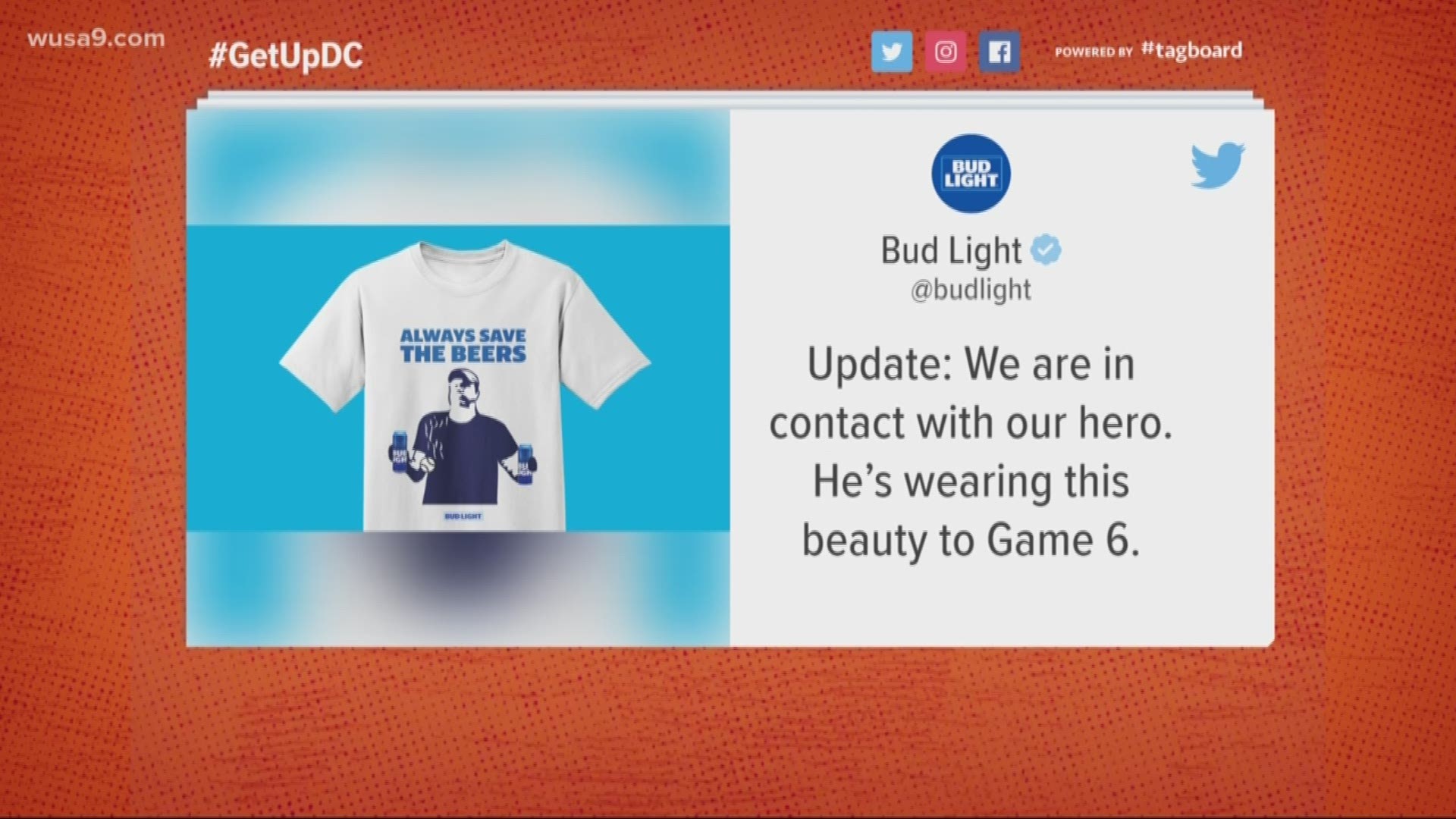 WASHINGTON — Jeff Adams is living his best life, transforming from regular World Series-goer to star of a Bud Light commercial in less than 48 hours.

On Sunday, he attended Game 5 of the World Series to cheer for his team, at home, in their historic postseason run. Pretty cool. In the second inning he makes a routine run to the concessions stands to snag two Bud Light tall boys. And that's the moment Adams became the hero D.C. --nay, America -- deserves.

In a moment of true inspiration, he moved into position and caught the ball the only way he could -- right off his stomach.

Not surprisingly, the Twittersphere heaped admiration on our hero, elevating him to viral status, to the point that Bud Light tweeted asking for help identifying Adams.

Less than 24 hours later, they announced they were in contact with Adams and would be flying him to Houston for World Series Game 6. At the top of the 7th inning, he was shown on television wearing a custom shirt with his likeness and the motto "Always save the beers."

"Not all heroes wear capes... or gloves," the commercial says over footage of the original catch.

WUSA9 reporter Adam Longo caught up with Adams at Game 5, who said "it was fantastic."

"I was sitting down, my wife went upstairs to get some food ... all of a sudden the ball got hit, I had two beers in my hand, the ball was coming, I watched it, angled, put my chest down, that was it."

"Right there - easy," he said, pointing the ball to his upper right chest where it hit.