Bud Light released a shirt immortalizing the iconic hero, who caught a home run holding two beers in Game 5 of the World Series. 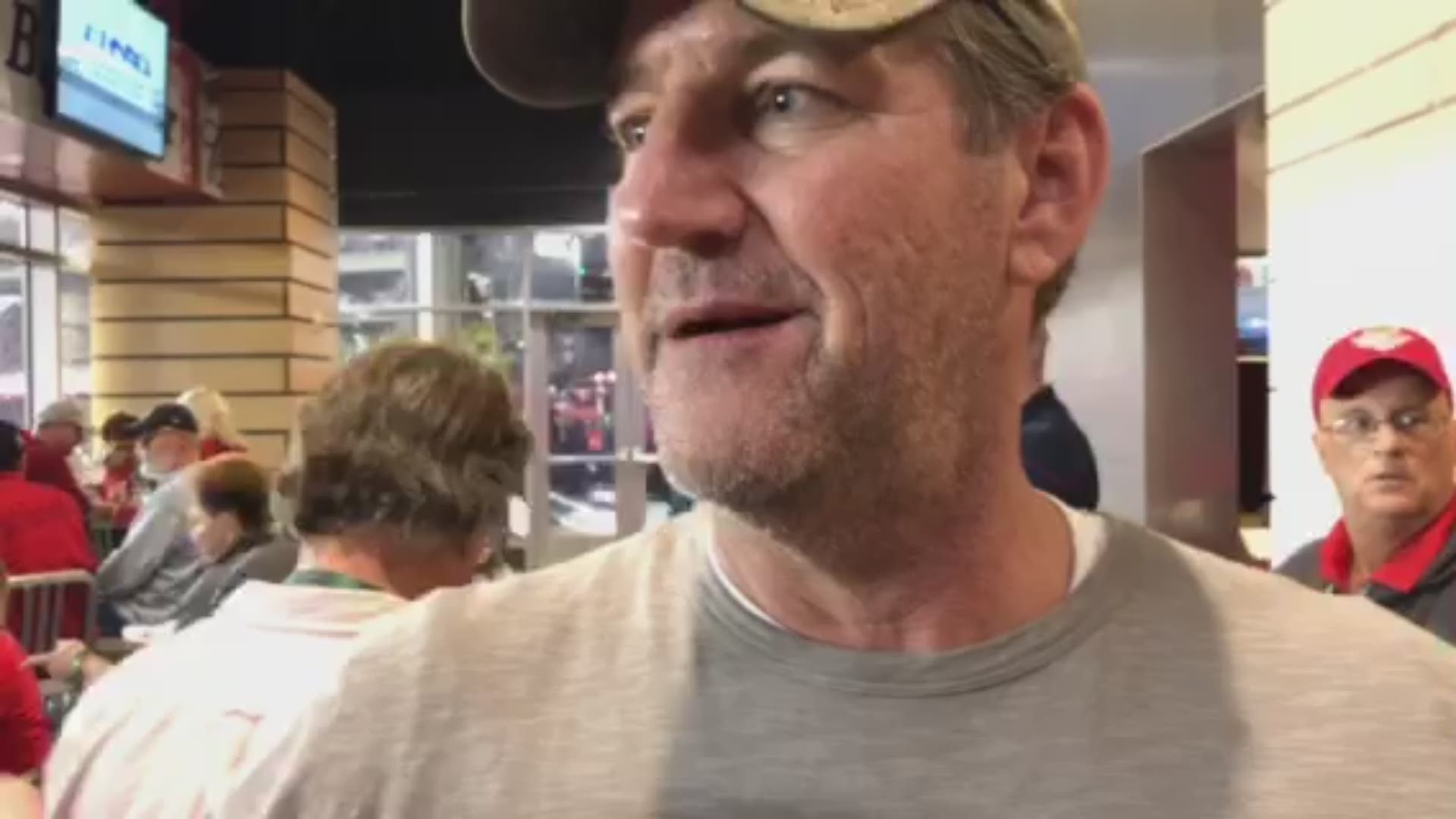 WASHINGTON — Not all heroes wear capes, but some may get their own t-shirt.

Thanks to Bud Light, our beer hero Jeff Adams -- who made history with his double-fisting beer catch of a home run during Game 5 of the World Series -- will be immortalized with his own merchandise.

You can now buy an "Always Save the Beers" shirt to memorialize our beer-o (beer+hero) for your own personal collection. You know, if you ever find yourself catching a World Series home run with your chest while holding two brews.

The shirt, which was promoted Bud Light during Game 6, is available for purchase for only $20, which according to our math, is less than the cost of two Bud Lights at Nats Park. So you can buy two more to hold and reenact the epic catch next time a World Series is held in D.C.

Adams is riding in Saturday's official Nats parade, and will stop by a few bars along the parade route to hang with fans and pass out t-shirts. Proceeds from his shirt sales are benefiting Folds of Honor, as Adams is an Army veteran.

"It was fantastic...all of the sudden the ball got hit, I had two beers in my hand, the ball was coming, angled my chest down and that was it," Adams said during Game 5.