With Game 2 of the World Series upon us, Darren Haynes takes a look at 10 things to know about the Washington Nationals on Tuesday night. 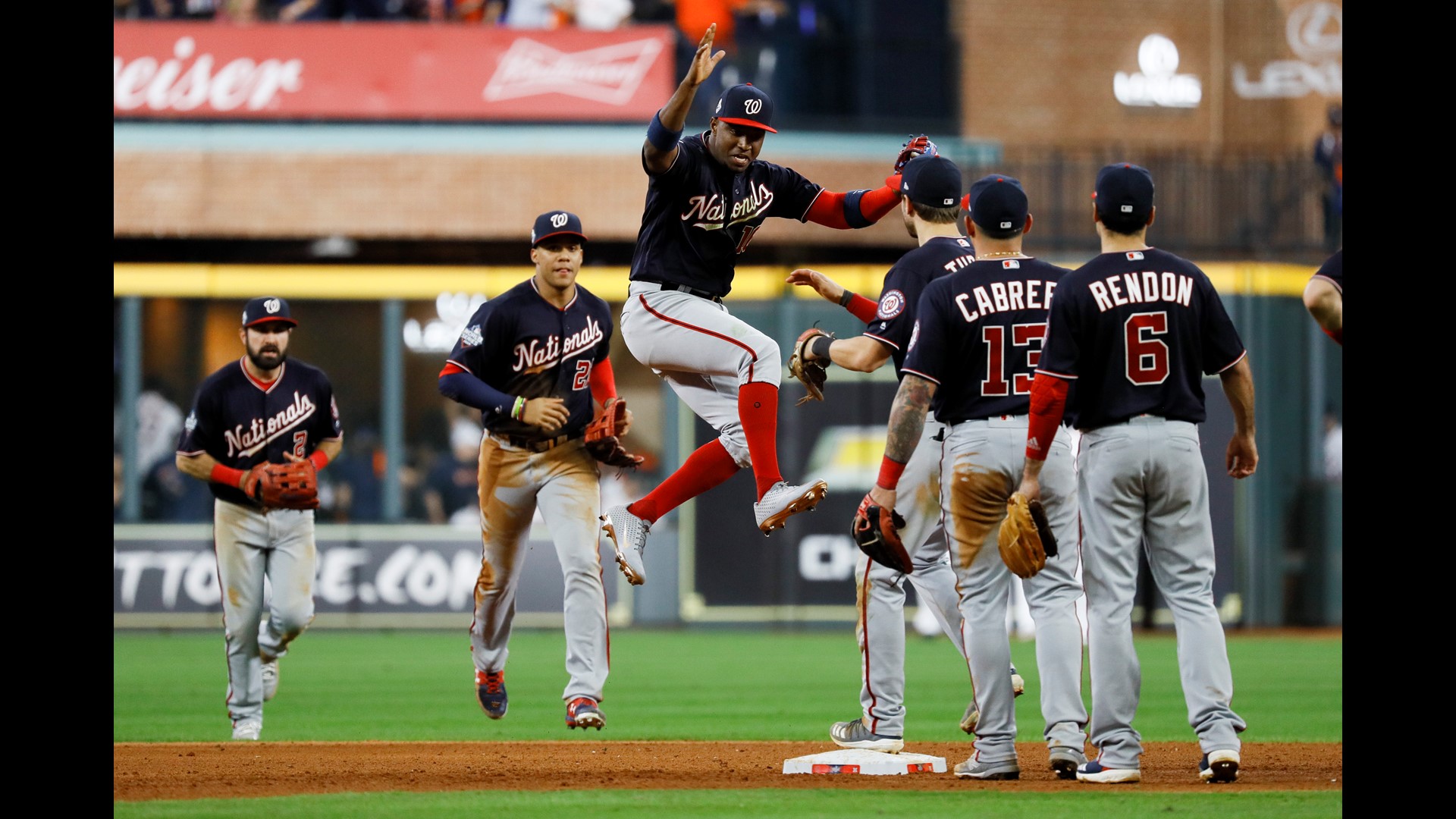 HOUSTON — Following a 5-4 victory in Game 1 of the World series on Tuesday night, the Washington Nationals now lay claim to a 1-0 series lead over the Houston Astros.

With Game 2 set for Wednesday night, WUSA 9 sports director Darren Haynes takes a look at 10 things to know about the Nationals heading into what could be another franchise-altering game.

1. The Nationals are the first National League team in MLB history to win five straight road games in a single postseason.

Credit: AP
Washington Nationals' Anthony Rendon celebrates in the dugout after scoring on a single by Juan Soto during the sixth inning in Game 5 of the baseball team's National League Division Series against the Los Angeles Dodgers on Wednesday, Oct. 9, 2019, in Los Angeles. (AP Photo/Mark J. Terrill)

8. Second baseman Brian Dozier made a pledge before the Nationals playoff run to donate $5,000 for each playoff win to help a school in Haiti (Ferrier Village Secondary School) and Itawamba Crossroad Ranch, near his hometown of Fulton, MS. The Nationals have now won nine playoff games. Do the math, Brian has pledged $45,000 of his own money to help a school in Haiti and young adults with TBI’s, downs syndrome, and Autism.

9. Ryan Zimmerman now has 5 career postseason HR. With one more home run he will pass Bryce Harper for most in Nationals/Expos postseason history.

10. Fernando Rodney is 42 years and 219 days old. If he takes the field he would be the oldest pitcher to come out of the bullpen at that age since 42-year-old Joe Niekro tossed two innings of relief for the Twins in Game 4 of the 1987 Fall Classic.