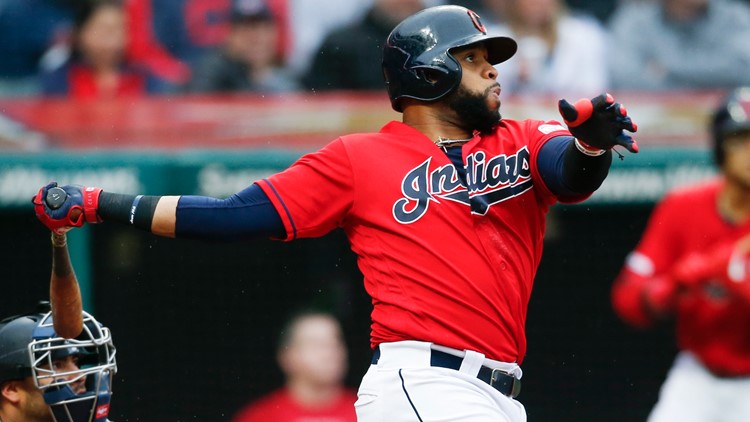 Cleveland Indians first baseman Carlos Santana has a chance to be a hometown winner when he entertains the fans in Cleveland, and he will have some tough competition as MLB upped the ante and put $1 million in prize money on the line for the event.

Here is a look at the first-round matchups.

In his first year back in Cleveland after a season with the Philadelphia Phillies, Santana is off to the best start in his career.

Santana leads the Indians with 18 home runs, 15 of which have come from the left side of the plate this season, and he will look for a solid showing in his home park, something that escaped Hall of Fame infielder Jim Thome in 1997.

Thome hit more than 600 home runs in his career, but did not put one over the wall and into the seats in the 1997 MLB Home Run Derby in Cleveland.

Alonso is well on his way to becoming the National League Rookie of the Year after a stellar first-half effort. Alonso belted 28 home runs and has the fourth-highest first-half total of any first-year player in MLB history.

It is the replacement against the rookie in this matchup as Chapman filled the spot vacated by reigning NL Most Valuable Player Christian Yelich and Guerrero Jr. will make history with his first swing.

Chapman has 21 home runs on the season, and 10 of those blasts have gone to straightaway center field or right.

Guerrero Jr. will break the MLB record as the youngest competitor in Home Run Derby history. The free-swinging son of a Hall of Famer, Guerrero Jr. has eight home runs in limited action this season.

Bell has been a bright spot for the Pirates, as he has blasted 25 home runs on the year. He enters the Home Run Derby with the longest blast of anyone in the field, 474 feet against the Cincinnati Reds on April 7.

Acuna Jr. hit 26 home runs during his rookie season in 2018, and is on his way to setting a new career high, as he has launched 20 homers in just over three months of action this year.

Bregman is looking to better his showing this time around in the Home Run Derby.

After failing to make it out of the first round last year despite hitting 15 home runs against Kyle Schwarber, Bregman is looking to duplicate the success that made him one of the best power hitters in the AL. Bregman has 22 home runs on the season.

Like Bregman, Pederson brings Home Run Derby experience into this year’s competition, as he finished second at Great American Ballpark in Cincinnati. Pederson has 20 home runs on the season.