Turner also scored four times in the victory, which sealed a two-game sweep as well as Washington’s fourth straight win and 14th in its last 17 games. 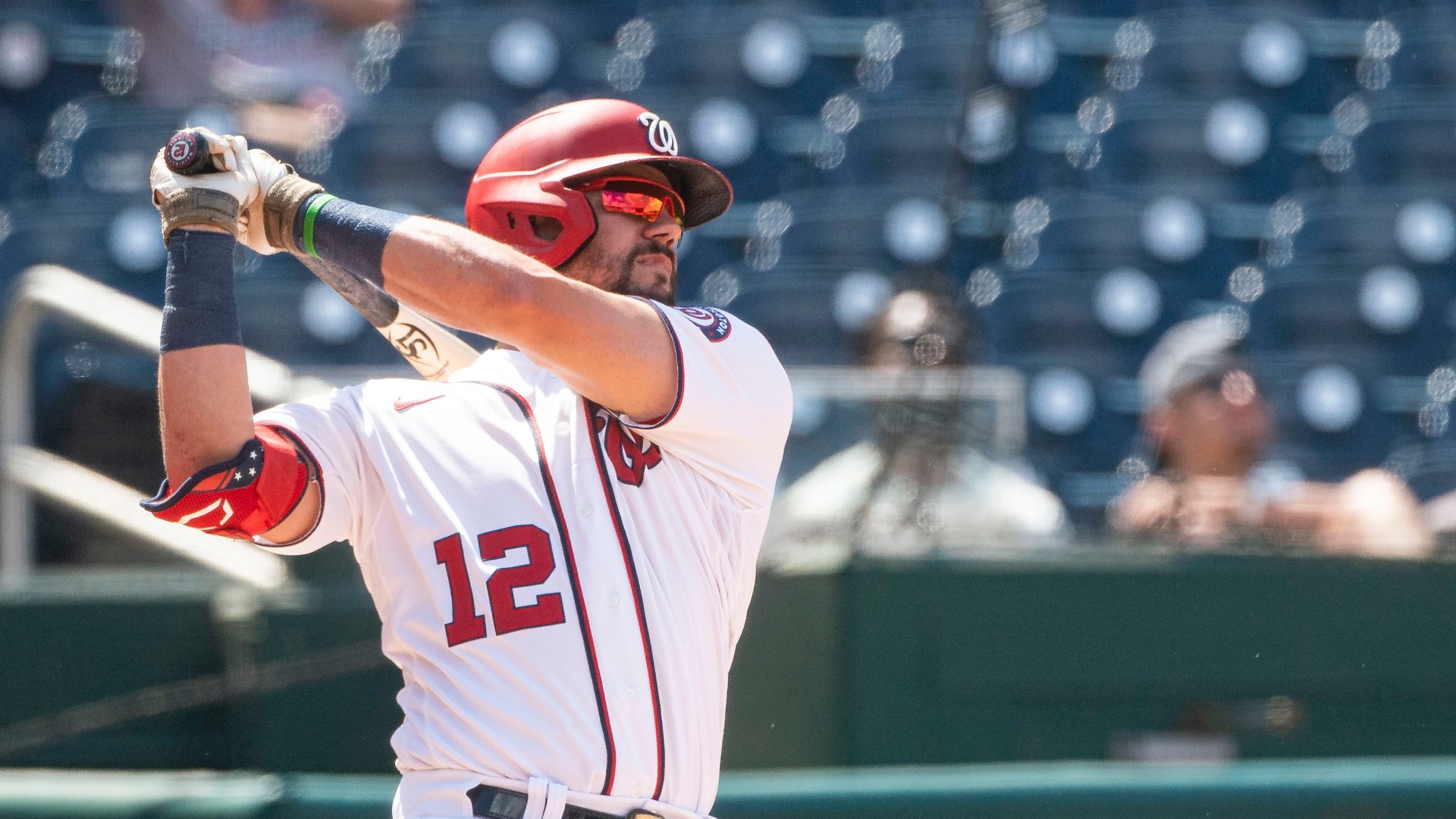 WASHINGTON — Trea Turner completed his record-tying third career cycle by hitting a sixth-inning triple for the Washington Nationals on Wednesday, accomplishing the feat on his 28th birthday in a 15-6 victory over the Tampa Bay Rays.

He also scored four times in the victory, which sealed a two-game sweep as well as Washington’s fourth straight win and 14th in its last 17 games.

Jordy Mercer added his first homer of the season for the Nationals, who pounded out 18 hits and have homered 24 times since June 19.

Turner singled in the first off Tampa Bay opener Drew Rasmussen, doubled in the third against Ryan Sherriff (0-1), then hit his 14th homer in the fourth off Michael Wacha.

#Nationals Trea Turner hit for the cycle on his birthday!!!! #NATITUDE pic.twitter.com/TIfunAdpY2

Two innings later, Turner hit a ball into the right-field corner, and the Nationals Park crowd immediately stood anticipating a play at third.

The triple sparked a three-run inning that expanded Washington’s lead to 11-5. The Nationals took the lead for good earlier with a four-run third and added four more in the eighth.

Ryan Zimmerman pinch-hit for Turner in the seventh.

Mike Zunino belted his 18th home run and fourth in his last five games for Tampa Bay. Díaz added his third for the Rays, who lost their eighth consecutive road game.

Sherriff allowed four runs and retired only two batters after entering to start the third on the same day he was recalled from Triple-A Durham.

Nationals: RHP Daniel Hudson (right elbow) threw a 25-pitch bullpen session and will throw another on Friday. ... RHP Stephen Strasburg (neck) threw long toss Wednesday and will throw a bullpen Friday in the range of 50-55 pitches.

On Tuesday night, Kyle Schwarber became only the second player in big league history to hit 12 homers in a 10-game stretch since at least 1901. Albert Belle also did it in 1995.

Rasmussen singled for his first big league hit in only his second career at-bat, swatting a liner to second that Mercer reached but couldn’t coral.

Rays: Will begin a three-game series against Toronto in Buffalo on Friday but have yet to decide on a starting pitcher for the opener.

Nationals: Open a four-game home set against the Los Angeles Dodgers on Thursday with LHP Patrick Corbin (5-6, 5.33) going for his third victory in five starts.