Nationals Trea Turner welcomed his first child in February, and Patrick Corbin will be a dad in May. 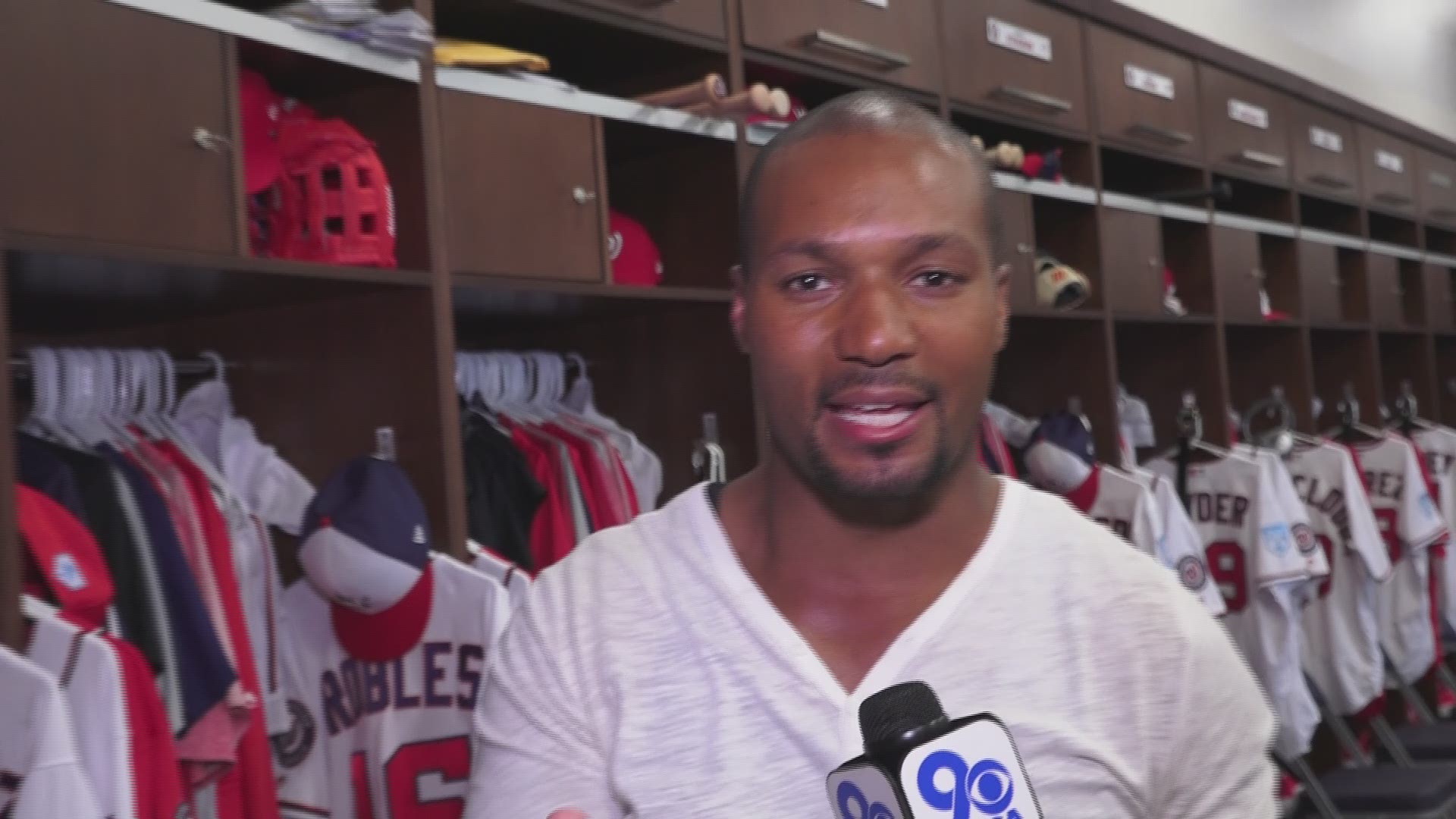 WASHINGTON — Washington Nationals shortstop Trea Turner and pitcher Patrick Corbin both had to adjust to life knowing they would be fathers during the 2021 season.

Turner and his wife Kristen had a baby boy in February, while Corbin and his wife Jen are expecting a baby this May.

The middle name Dash comes from the speedy character from the hit Pixar movie “The Incredibles.” Turner is one of the fastest players in Major League Baseball so naming your kid Dash is quite fitting.

“At one point last year, Bogie came up to me and said, ‘You’ve got to name your kid something fast,’” Turner said. “We started thinking about it, and as a middle name, we thought it was pretty cool and it kind of flowed very well. So hats off to Bogie.”

Turner leads all Major League Baseball players in bolts. A Bolt is any run where the Sprint Speed (defined as "feet per second in a player's fastest one-second window") of the runner is at least 30 ft/sec. He was also tied for fourth in sprint speed last season.

RELATED: Nationals' Trea Turner burns rubber on the base paths

RELATED: 'We’ve been fighting all season for this ...'| Patrick Corbin reflects on World Series win

Corbin will also be a Dad for the first time next month. Corbin posted on his Instagram page that he and his wife Jen are expecting a baby boy in May.

"I'm so excited for it," said Corbin. "I feel like I've been wanting this for years." As a pitcher, Corbin doesn't play every game for the Nationals but understands that his sleep is going to be limited when the baby is born. "I'm not going to too sleep but I'm looking forward to just holding him and watching him grow up. Patrick Corbin and his wife plan to name their son Weston.

The Nationals start Opening Day on April 1, Thursday. The team will take on the New York Mets as part of a three-game stint.