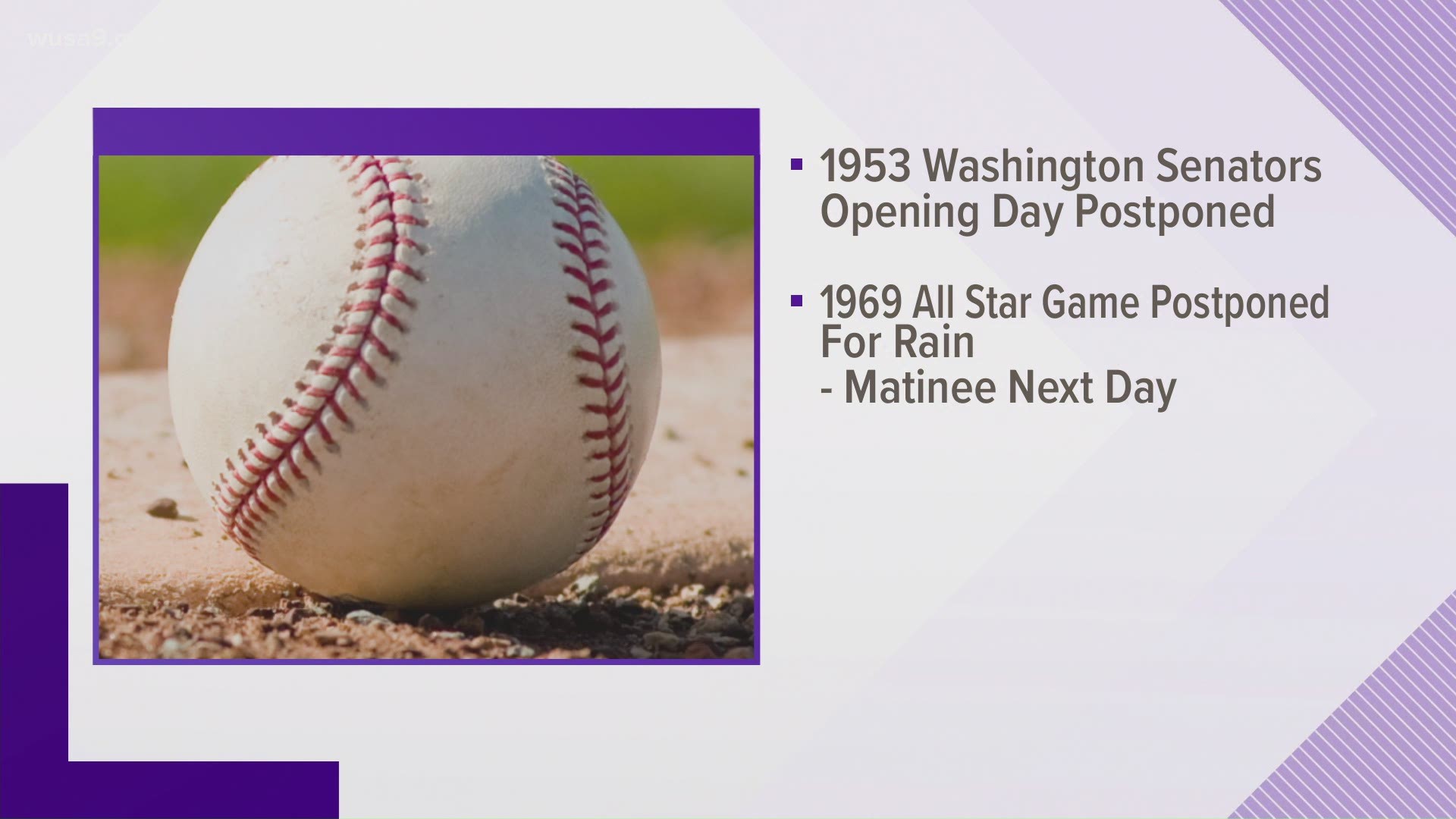 WASHINGTON — Thursday’s postponement of the Washington Nationals Opening Day game is not the first opening day to be postponed in D.C. Baseball history.

Fred Frommer, a D.C. baseball historian and author of "You Gotta Have Heart: Washington Baseball from Walter Johnson to the 2019 World Series Champion Nationals" said it first happened to the Washington Senators in 1945 when the team planned to dedicate the game to President Franklin Roosevelt, who died days earlier.

“But the game was rained out, so they ended up going on the road for a few days, came back at the end of the week and played the Yankees and they did wind up dedicating that game to FDR,” Frommer said. "They wore black armbands in his honor.”

Phil Wood, a former broadcaster with the Nationals Radio Network, said the only other opening day postponement in DC was a rain out in 1953.

RELATED: 'The entire area is looking forward to it' | After tough last year, bars and restaurants near Nationals Park get set for Opening Day

That year, Wood said President Eisenhower planned to skip throwing out the first pitch, his first as President - to play golf with the legendary Ben Hogan.

“It was somewhat controversial,” Wood said. “Players weren’t happy about it.”

But the rain out allowed Eisenhower to throw out the first pitch at the makeup game a few days later.

In 1969, the All-Star Game in D.C. was postponed due to rain, which turned the mid-summer classic into a matinee that following day.

That rainout actually cost President Nixon - one of the biggest baseball fans ever to be President - the chance to throw out the first pitch at the All-Star game.

That was such a disappointment to Nixon, the astronauts of Apollo 11 had heard about it in space. Frommer said Neil Armstrong even told Nixon how sorry he was Nixon missed that opportunity when they met with him days later, after splashing down from landing on the moon.

RELATED: Nats Park is open again! | Here's what has changed and what you can expect at the stadium this season 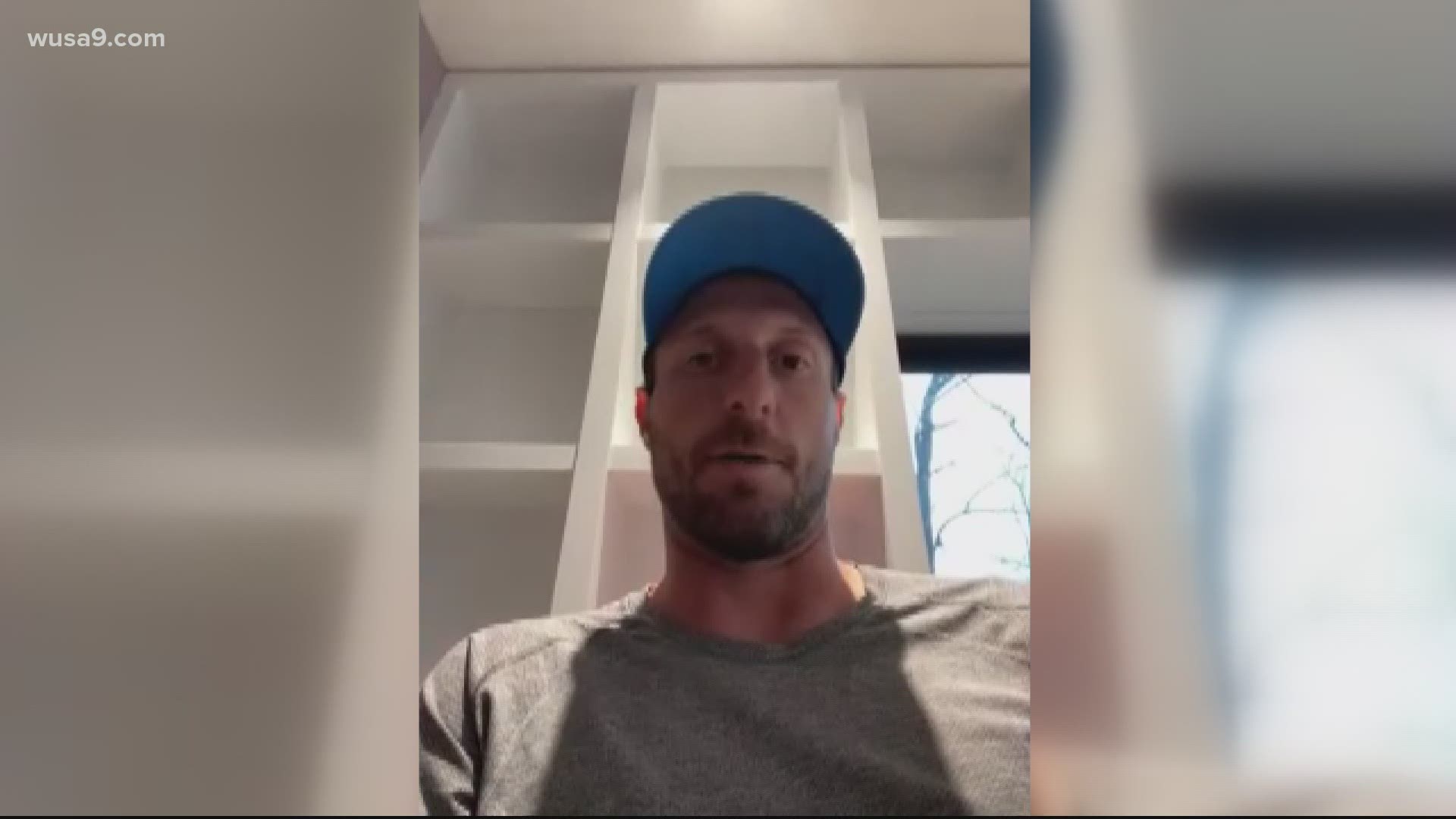