Best spots at Nats Park for Standing Room Only tickets 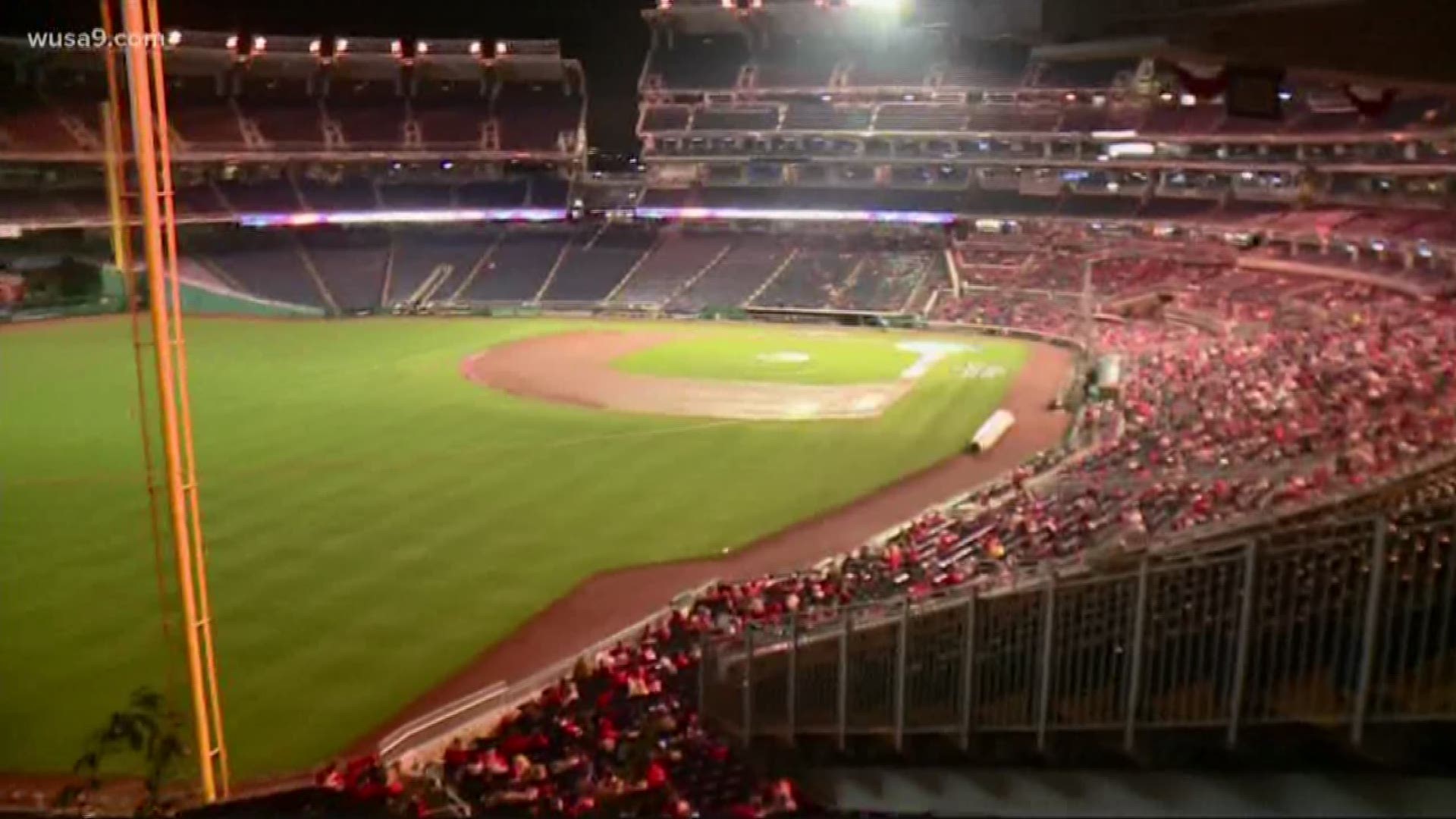 WASHINGTON — Standing room tickets World Series games at Nationals Park are a hot item. But, if you are lucky enough to get a ticket, where is the best place in the stadium to stand?

There are several locations in Nationals Park that offer clear, unobstructed views of play on the field at the stadium.

One of the most popular locations to stand and watch the Nationals is the main concourse, behind left field, near Half Street SE.

The area is just a short distance from the popular Budweiser Terrace and also features standing tables where Nats fans can sit down to enjoy their food and drink.

Another location where fans with standing room only tickets can watch the game is the 200 level, near the billboard, in center field.

While this location is higher up the main concourse in right field, it offers a sweeping view of Nationals Park and the city's Navy Yard neighborhood.

Finally, some fans choose to stand in the ballpark's lofty stairwell in left field along the third baseline.

Fans can see the entire field from multiple levels within the stairwell.

Some standing room locations inside Nationals Park actually rival some seating areas in terms of the view of the field.

RELATED: This Nats fan tried to buy World Series tickets for over 2 hours, only to discover they're sold out

However, just because you have to stand does not mean you will get a standing room only ticket on the cheap.

As of 6 p.m.Tuesday night, the cheapest standing room only ticket for Game 3 of the World Series at Nationals Park was $580.