'I truly believe this is the greatest city to play sports for in the world -- thank you,' Zimmerman said to a sea of red. 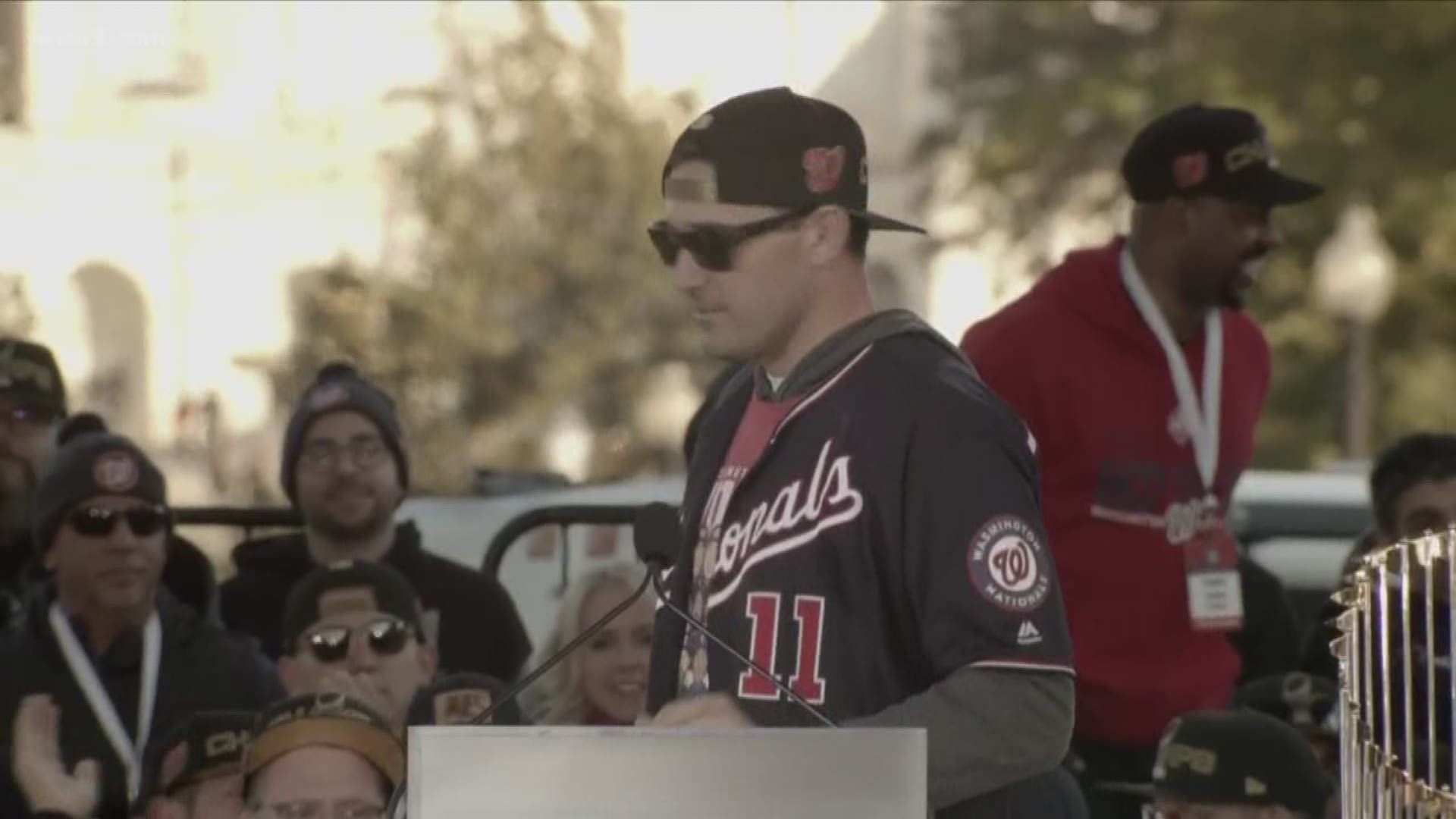 WASHINGTON — They call Ryan Zimmerman Mr. National. After all, he's a first for the team -- their first basemen, their first draft pick, and now, the first to choke up at their World Series parade.

Zimmerman has a reason to be emotional. The face of the franchise has been with the team since the very first day fifteen years ago, long before a Nats World Series was a realistic possibility, a fact that wasn't missed on him.

After the massive crowd on Pennsylvania Avenue broke out into " We want Zim!" chants, the 35-year-old decided to get on stage and say his dues.

"Like Mr.Lerner said, it was worth the wait...the fans, we grew up together," he said."I came here when I was 20-years-old, right out of college. You guys hadn't had baseball in a long time. You were learning how to be fans again."

It was those fans that Zimmerman looked out onto the streets to choking back tears. The fans he said that have been "nothing but supportive."

RELATED: The fight is finished, but the Nats are rallying one more time

"Thank you D.C., you guys have been great, you guys were behind us all the time," he said. "I truly believe this is the greatest city to play sports in the world -- thank you."

Beyond thanking the supportive fanbase, Zimmerman also showed his gratitude to his teammates, who he described as "a cast of characters" that overcame a truly rocky start and never gave up. The speech eventually led to a big group hug with Zim in the middle.

"These guys, we fought all year long to stay together. We came from a dark place in June," Zimmerman said. "We played playoff games from June 1 on and I think that really helped us. There's not a team I wouldn't have wanted to do this more than these guys."

Zimmerman looked away from the crowd and back to his teammates who sat directly behind him, the same ones that stuck by his side the 74-31 season, the same teammates that celebrated on the field of Minute Maid Park after Game 7.

"We're 2019 World Series Champs and nobody can ever take that away from us," he said to the boys, who were all clad in their lucky navy jerseys, despite not needing any more luck for the season.

Hands raised in triumph victory, he let out a yell that seemed to signify only one thing: a finished fight.