Harper to get $330M over 13 years with Phillies, according to reports. 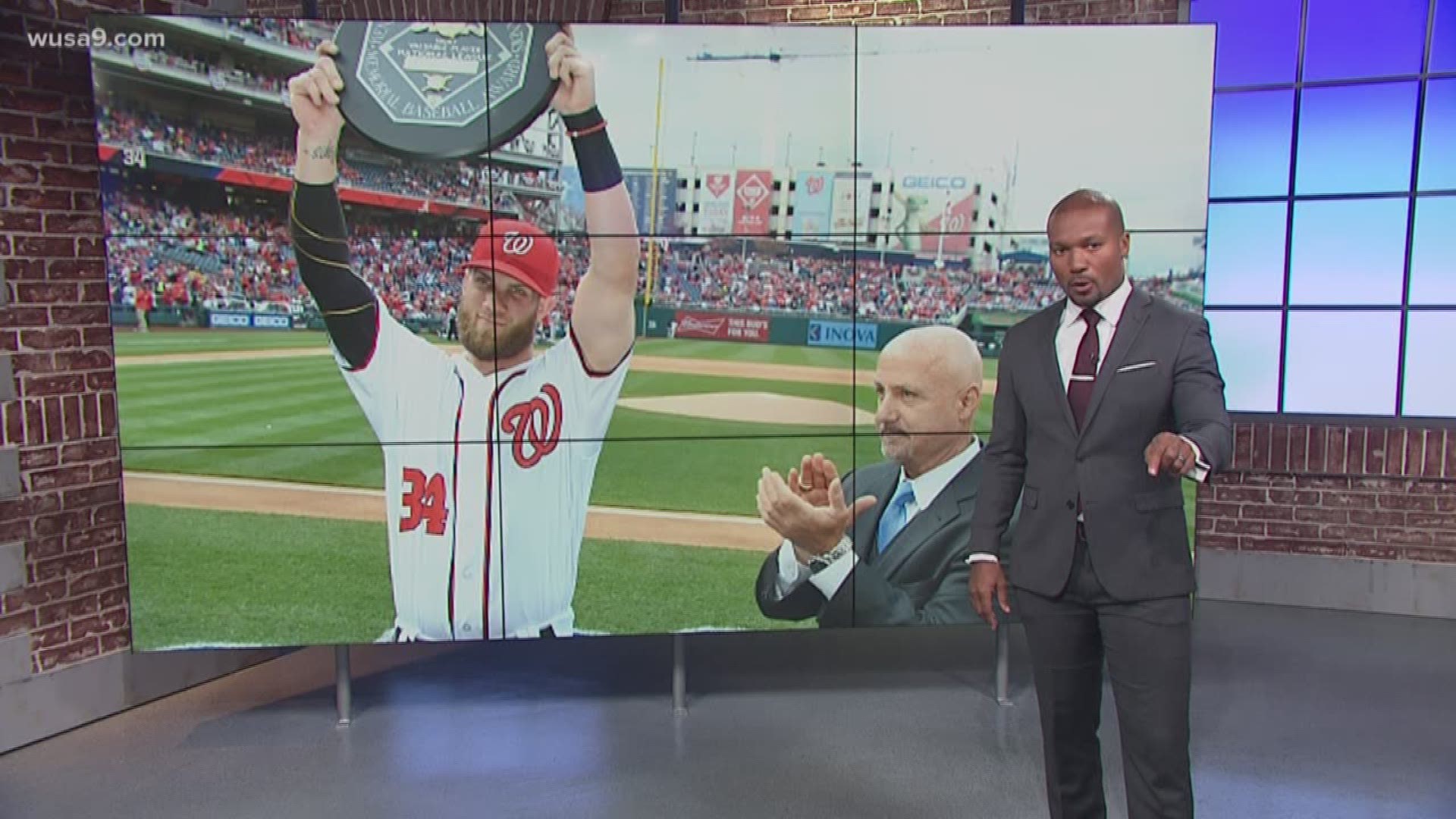 At $330 million over 13 years, Harper's new contract is the largest in Major League Baseball history, according to reports.

The last image of Harper in a Nationals uniform is from the Nats’ season finale last year against the Rockies.

Bryce has entertained us for the last seven years He won NL Rookie of the Year in 2012.

In 2015, Bryce Harper was voted as the National League’s MVP.

Good bye to the passion.

Good bye to the hustle.

Good bye to Bryce’s helmet that would always fall off revealing hair that made everyone jealous.

If Bryce Harper knew this day would come, he said good bye his way.

Right before the Nationals’ final home game of the 2018 season, Bryce ran onto the field, and took a bow.

It was his curtain call, his exit interview.

We know Bryce Harper will make baseball fun again in his new city, because that’s what he succeeded in doing right here in D.C.