Dusty's back! Baker returns after 2 seasons away from the game

Dusty Baker is back in Major League Baseball two seasons after the Nationals decided not to keep him. 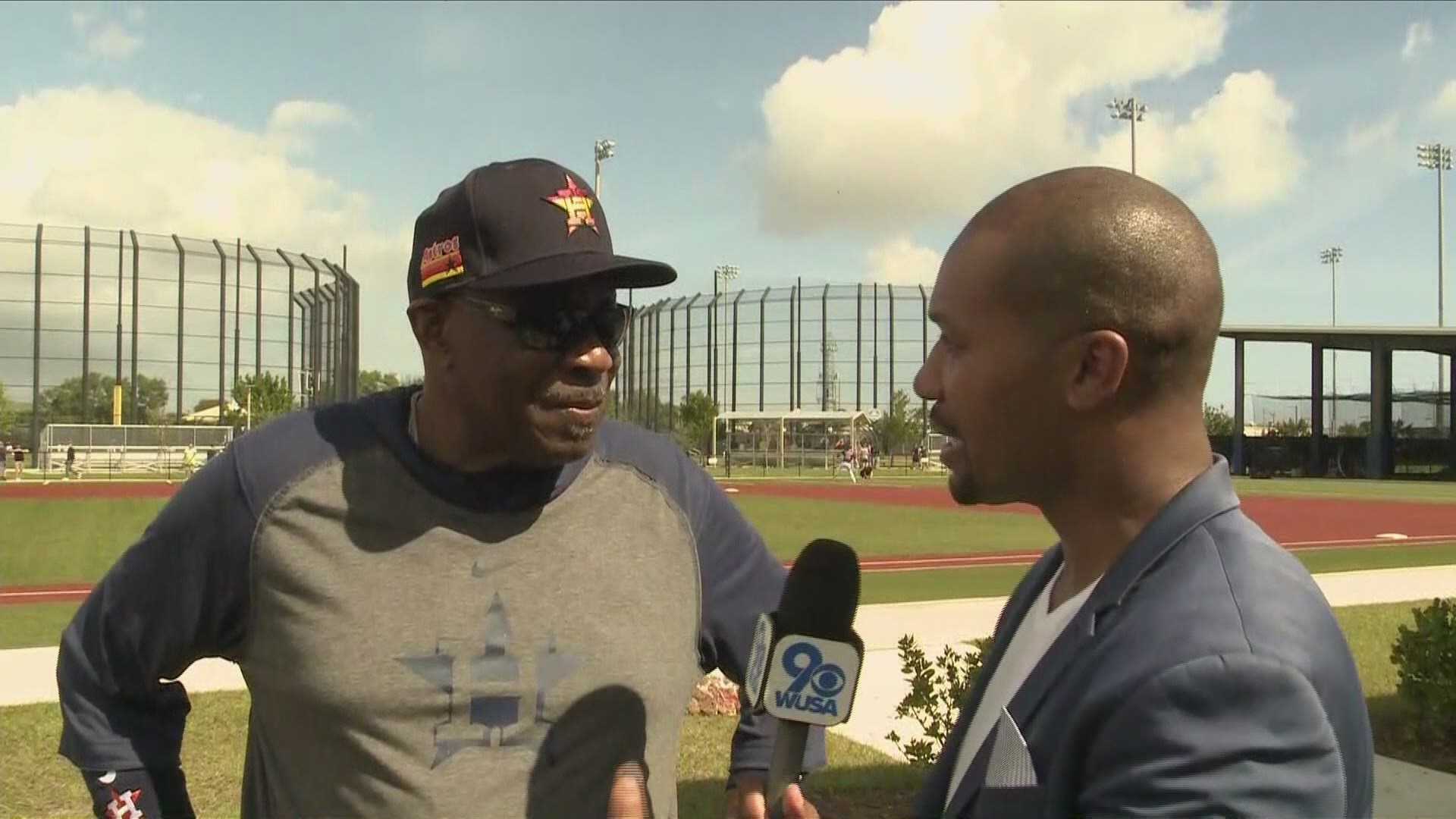 WASHINGTON — Dusty Baker walked into a proverbial hornet’s nest when he became the Astros manager.

Baker took over an Astros team that’s now dealing with the backlash of the 2017 sign-stealing scandal.

It’s Dusty Baker’s first job since the Nationals decided not to bring back Baker after the 2017 season that saw Washington lose to the Cubs in the Division Series in five games.

Despite all the drama the Astros have dealt with, Baker is enjoying spring training.

“It’s going good, it’s going great actually,” says the Astros manager. “I was a guy who never really liked Spring training. Spring training is work. You gotta be up early every day and all day and very few days off. But I’m appreciating this one more the rest of them with no complaints because the last couple years I was home at this time. I felt that I should be somewhere else. That somewhere else is here.”

West Palm Beach is a homecoming for Dusty Baker.

In addition to returning to the same complex he was at for Spring training in 2017, West Palm Beach is also where Baker’s career began with the Braves in 1968.

“This is where I started,” says Dusty Baker. “I started here in West Palm with the Braves. So, this has come full circle.”

While it has come full circle for Baker, and feels like where he belongs, he still has to get used to going to the Astros facility.

“It’s been a little strange down here at spring training,” says the Astros manager. “I’m used to going right, and this time I’m going left.”

When Dusty Baker didn’t return to the Nationals, the team had made the playoffs in back-to-back seasons for the first time in franchise history.

But Washington decided to go in a different direction after the franchise lost in five games in the NLDS both seasons under Baker.

Despite not being brought back, the former Nationals manager has many fond memories of DC.

“I enjoyed my time with the Nationals,” says Dusty Baker. “I really enjoyed the city. I enjoyed the educational level, the diversity in the city. That one kind of hurt me because I wanted to come back. But you can’t hire yourself. I still have a lot of friends over there on the other side. I’m hoping to play them again in the World Series”

We’re a long way away from seeing a Nationals-Astros match-up in the World Series, but the two sides will go head-to-head Saturday to start their Grapefruit League games.