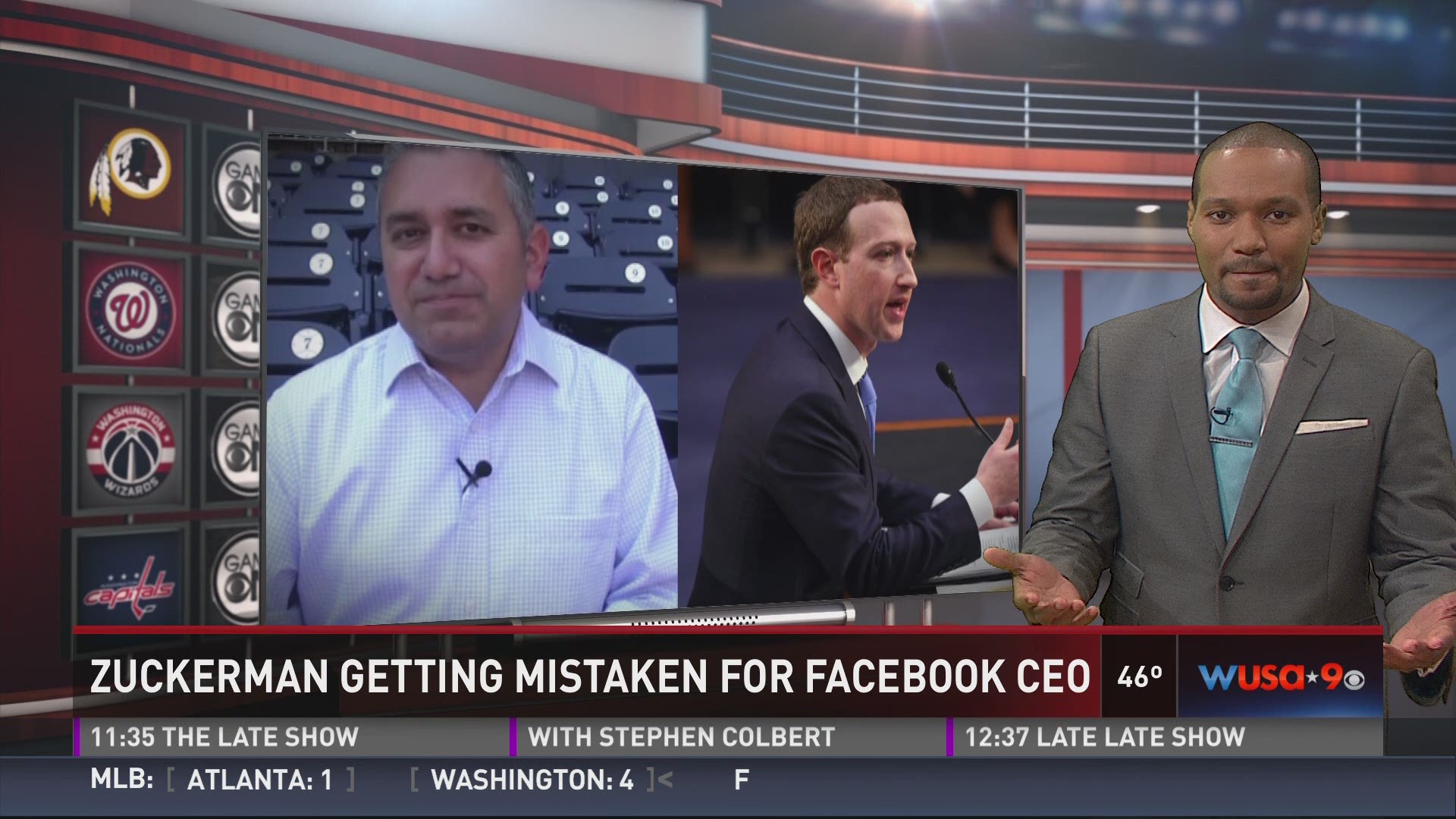 Mark Zuckerberg is the CEO of Facebook. On Tuesday, he was on Capitol Hill getting grilled by Congress

Mark Zuckerman is a Nats beat reporter. He was just down the road on South Capitol Street covering the Nationals game against the Braves.

They are two very different people.

Zuckerman has frequently been the target of tweets aimed at Zuckerberg by people who are frustrated with Facebook.

Those tweets increased significantly Tuesday with Zuckerberg testifying before Congress.

One person asked if Zuckerman had been given the questions before the hearing.

Was @MarkZuckerman given the questions before the hearing?

Zuckerman responded that it was he that asked the questions, not the other way around.

I ask the questions, I don’t answer them. https://t.co/Z9T7LWXFt7

MASN, Zuckerman's employer, took time to remind people that the Mark Zuckerman is not the CEO of Facebook by tweeting video of Zuckerman reading mean tweets.. Apparently, people still aren't getting the memo.

🚨 PSA 🚨: Today and everyday, may you remember that our beat writer @MarkZuckerman is not Mark Zuckerberg! pic.twitter.com/Pwu6zvX4Kz