Astros want to move on; Rest of MLB not ready to forgive and forget

Major League Baseball players have been critical of the lack of punishment handed down to Astros players involved in 2017 sign stealing scandal. 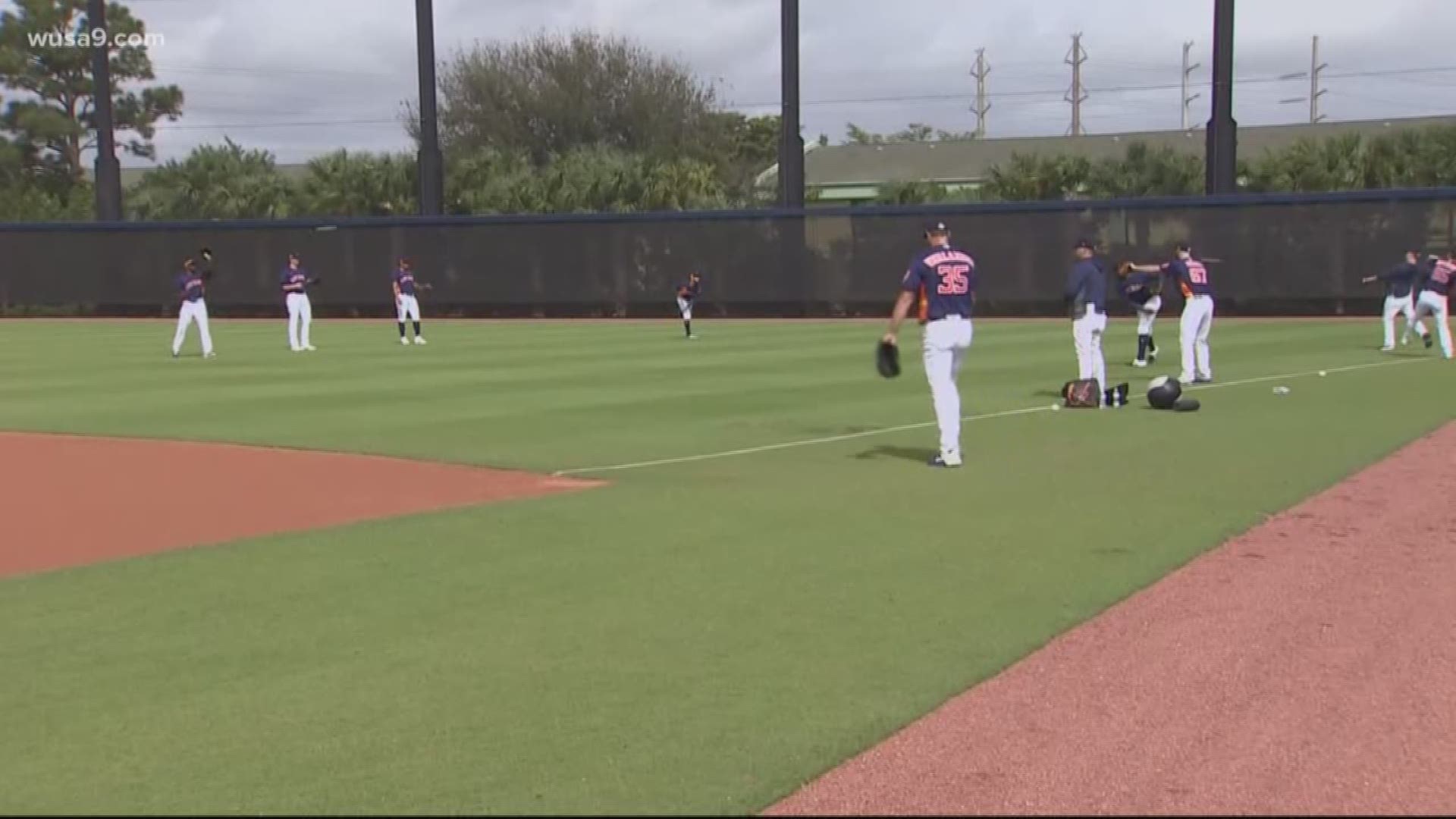 WASHINGTON — The Astros might be ready to move on from the 2017 sign stealing scandal, but don’t count on the rest of Major League Baseball being so ready to forgive and forget.

Players across Major League Baseball continue to be critical of the lack of punishment for the players on the 2017 Astros team.

Dodgers star Cody Bellinger, who was on the 2017 team that lost to the Astros in the World Series, criticized Houston’s apologies and said that Jose Altuve stole the AL MVP award from Aaron Judge in 2017.

Over the weekend, Correa also took time to take a shot at the Nationals, including catcher Kurt Suzuki.

Suzuki claimed in an interview with the Washington Post that the Astros were cheating in 2019.

“We could hear it from their dugout,” Suzuki told the Post. “We heard their whistling.”

"Like seriously, bro, the Commissioner’s report clearly says in 2019 nothing happened,” Correa told reporters. “Just straight up baseball players with talent playing the game of baseball. You have the audacity to tell the reporters they were cheating because you heard the whistles? Fans whistle in the game. The fans are whistling all the time in the game. What does a whistle mean? Don’t go out there and tell reporters we were cheating and don’t go above MLB, the investigation, the lawyers, the report, when obviously there was nothing going on.”

Monday was the official report day for Nationals position players, and Ryan Zimmerman weighed in on the drama.

“It shows you how passionate people are about what happened, and I think more importantly what it means for the game,” Zimmerman told reporters on Monday. “You can’t have that stuff happen. When you mess with the integrity of the game, the product, competition, the fairness of the game that’s the biggest thing we have.”

The Nationals first baseman did take a not so subtle dig at the Astros for losing to the Nats in the World Series last year.

“They needed better video to beat us,” said Zimmerman.

While there was verbal sparring between the Nationals and Astros over the weekend, the two teams will battle on the diamond on Saturday as both teams open Grapefruit League play in West Palm Beach.