The same day that the Houston Astros apologized for stealing signs in 2017, the Nationals pitchers and catchers had their first official workout. 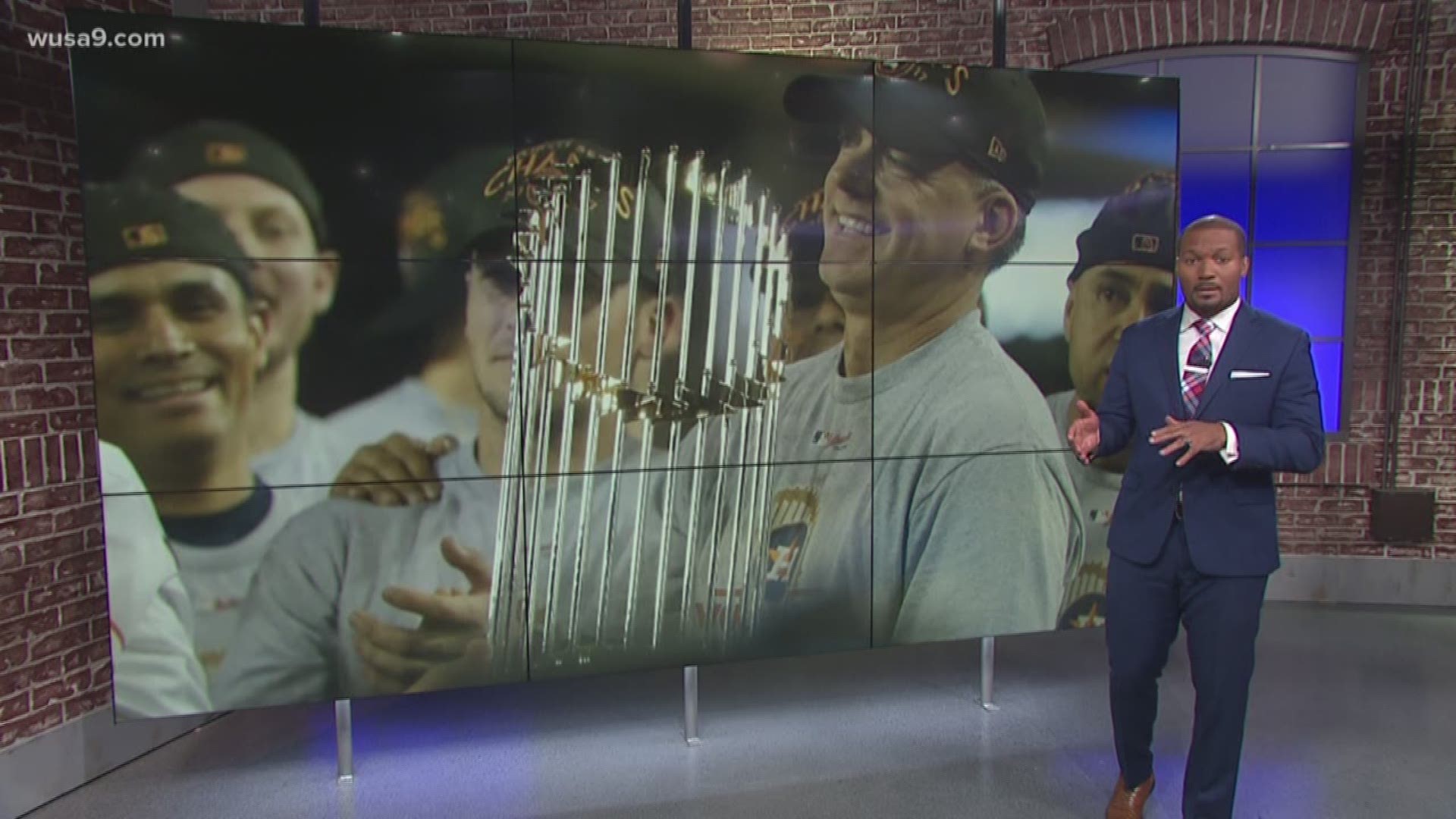 WASHINGTON — The Nationals and Astros continued preparations for the 2020 season at their Spring Training complex in West Palm Beach, but the scene for each team could not have been more different.

On the south side of the Ballpark of the Palm Beaches, the Nationals were holding the first official workouts for pitchers and catchers.

On the north side of the complex, the Astros were playing damage control.

“I am really sorry about the choices that were made by my team, by the organization, and by me,” said Astros third baseman Alex Bregman to reporters Thursday. “I have learned from this and I hope to regain the trust of baseball fans.”

If you believe Astros owner Jim Crane though, the team’s stealing signs did not play a role in winning the World Series in 2017.

“Our opinion is this didn’t impact the game,” said Crane to reporters. “We had a good team, we won the World Series, and we’ll leave it at that.”

Meanwhile in the Nationals camp it was business as usual.

“I said three years ago, remember you guys asked about the other side,” said Nationals manager Davy Martinez. “I said ‘Hey, we don’t even know those guys are there.’ I hold true to that. We take care of us. Other than the fact that we play them, you don’t ever cross paths. I don’t know they’re there. I focus on what we need to do, and that’s the way it’s going to be.”

The Nationals will know the Astros are in West Palm Beach when the two teams open Grapefruit League play Saturday, February 22.