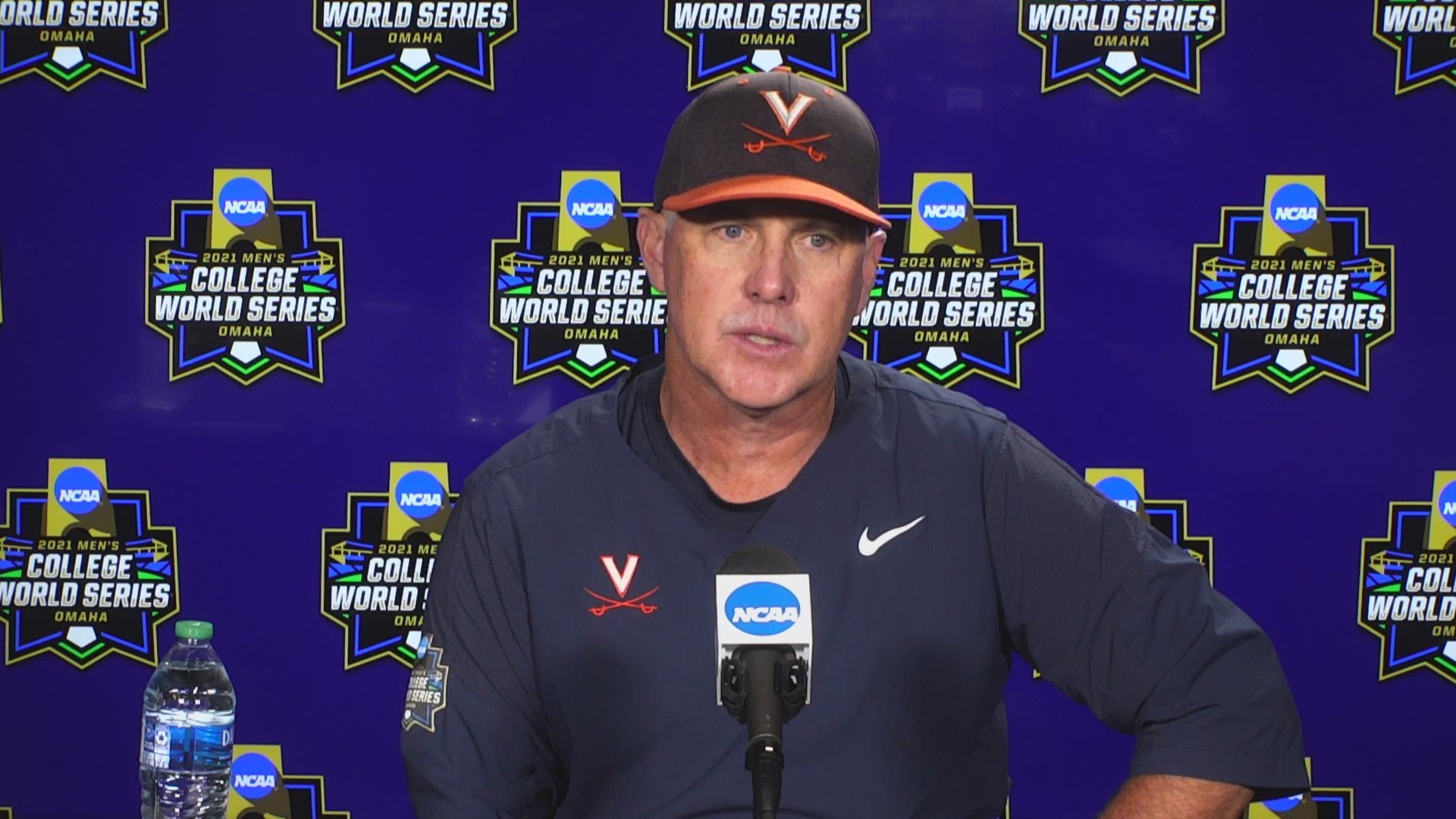 OMAHA, Neb. — For UVA it was definitely a "what could have been" kind of game. Mississippi State overcame a four run deficit to beat the Cavaliers 6-5 in the College World Series.

It was a hit parade for the "Hoos" in the second when they scored three more runs. Chris Newell delivered the second run of the game with a double. Zach Gelof followed with a single to make it 3-0 and Max Cotier did the same to stretch the lead to 4-0.

The Cavaliers then squandered several opportunities with runners in scoring position. But, it didn't seem like that was going to matter because their starting pitcher was on top of his game.

Griff McGarry carried a no-hit bid into the eighth inning. The last no-hitter in the College World Series was in 1960. Finally McGarry gave up a hit. It was a home run to cut the Cavaliers margin to 4-2. Then the UVA bullpen came in but couldn't finish the job. Tanner Allen hit a three run homer to put the Bulldogs ahead 5-4. They added another to make it 6-4 as they tallied 6 hits and 6 runs in the eighth inning.

UVA countered with a Newell homer in the bottom of the eighth, but that was all they could muster.

The Cavaliers will play again on Thursday. They'll need to win three straight elimination game wins to make it the finals.