Beginning April 27 and through the end of the year, Metro will “flex” service for an additional 30 minutes after the game ends. 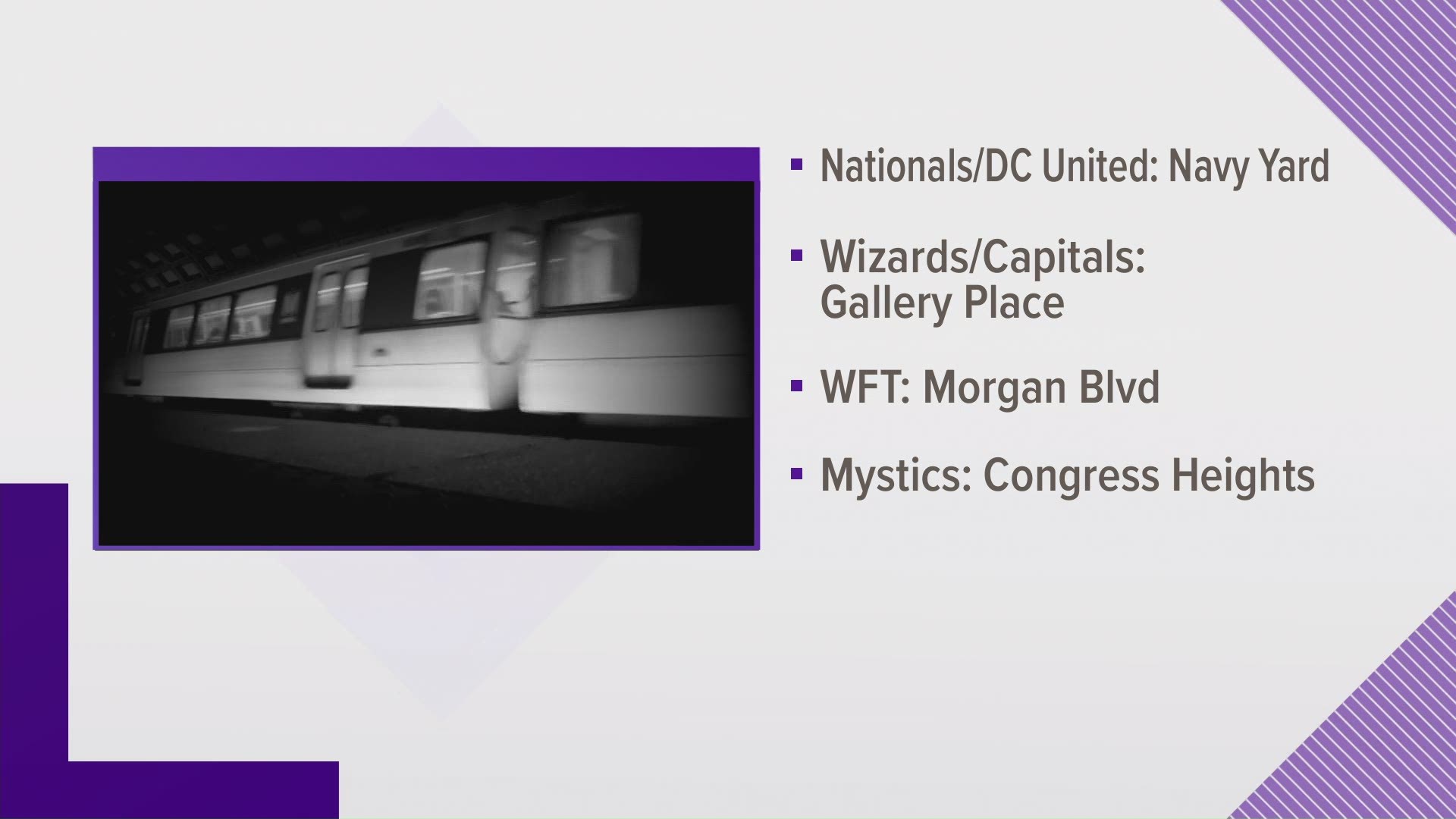 WASHINGTON — As thousands of sports fans and workers return to the ballpark, stadium and arena to support the DMV's professional sports teams, Metro says they will be there to get fans home –  even if the game goes beyond Metro’s normal closing time.

Beginning April 27 and through the end of the year, Metro will “flex” service for an additional 30 minutes after the game ends, (until midnight), and will waive the fees normally charged to the team for extra late-night service.

According to Metro, the rail station closest to the sporting venue will be the only station open for customers to enter. All other stations will be “exit only" and anyone in line at that time will be accommodated, Metro officials said in a release.

The “flex” service will support the region’s economic recovery and will provide fans and employees of the region’s professional sports teams –  Wizards, Capitals, Nationals, Mystics, DC United and The Washington Football team – an easy, convenient way to get to and from games.

“Metro is proud to be a part of this community, and we are excited to welcome back fans and workers who support our home teams,” Metro General Manager/CEO Paul J. Wiedefeld said in a release. “We welcome them to ride Metro on game day with the assurance that Metro will be there for them on the ride home.”

If Metrorail service is extended beyond the normal closing time, the following stations would remain open as follows:

Information on the last train times can be found on the station page online.

RELATED: You can now use your T-Mobile, Verizon & AT&T cell service in Metro rail tunnels

RELATED: Metrorail service change begins Monday as part of revised budget due to COVID-19. Here's how it may impact your commute