The Nationals starting pitcher has a condition known as heterochromia iridis. 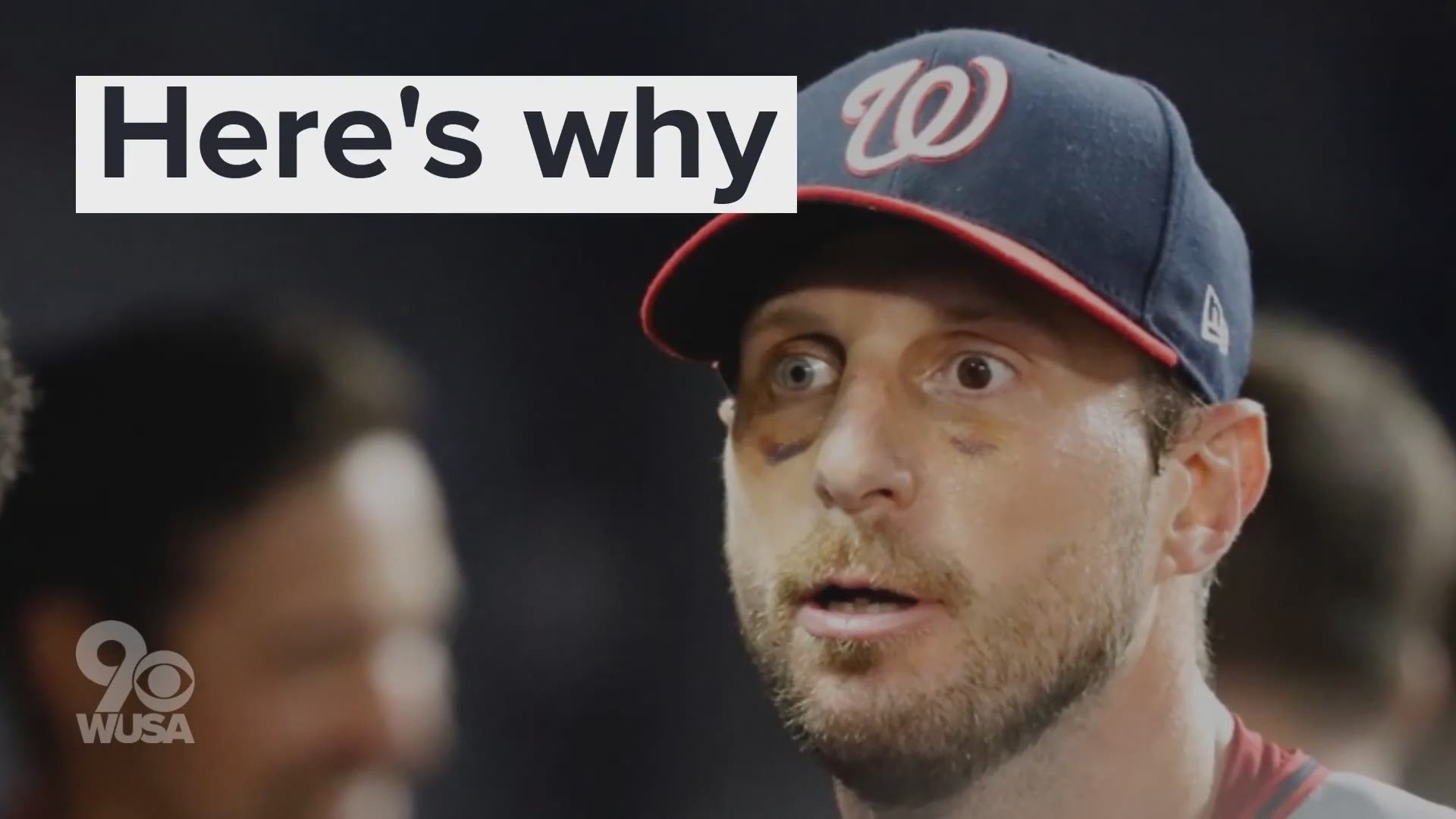 WASHINGTON — It's no secret that Nationals pitcher Max Scherzer has quite the arm, but he also has quite an interesting pair of eyes.

Scherzer has a condition called heterochromia iridis, which is the reason his left iris is brown and the right iris is blue. Other celebrities you might recognize with the condition include Mila Kunis, Kate Bosworth and Jane Seymour.

Heterochromia iridis is caused by the distribution and level of melanin in the irises, and in most cases, doesn't cause any damage to the eyes.

Jan Scherzer, Max's mom, said his eyes have been that way since he was a kid.

“He was born with them. Then he was 4 months old. I looked down at my baby, and he had a blue and green eye. Very clearly. I have pictures and everything," she told the Kansas City Star in 2014. "I took him to the pediatrician shortly after that, and he said: ‘They may go back and forth. They may change again this year.’ As the year went on, the blue eye got bluer, and the green eye changed to brown.”

The three-time Cy Young award winner has openly embraced his features, even poking fun at the heterochromatic goggles he has gotten to wear after big wins.

Even fan merchandise of Scherzer celebrates his unique features, starting with the bobbleheads the Nationals have given out during games.

Scherzer also has three dogs who share the same condition:  Max, Bo and Rocco Scherzer all have one brown and one blue eye.

RELATED: Max Scherzer has taken the dogs looking like their humans concept to a whole new level

Even fans at the World Series showed off some early Halloween spirit by dressing up as Max's eyes -- yep, one blue and one brown.

Maybe this will be the Nationals lucky charm -- if they can all keep their eyes on the prize.