Romanchuk also won the Chicago and New York marathons in 2018. 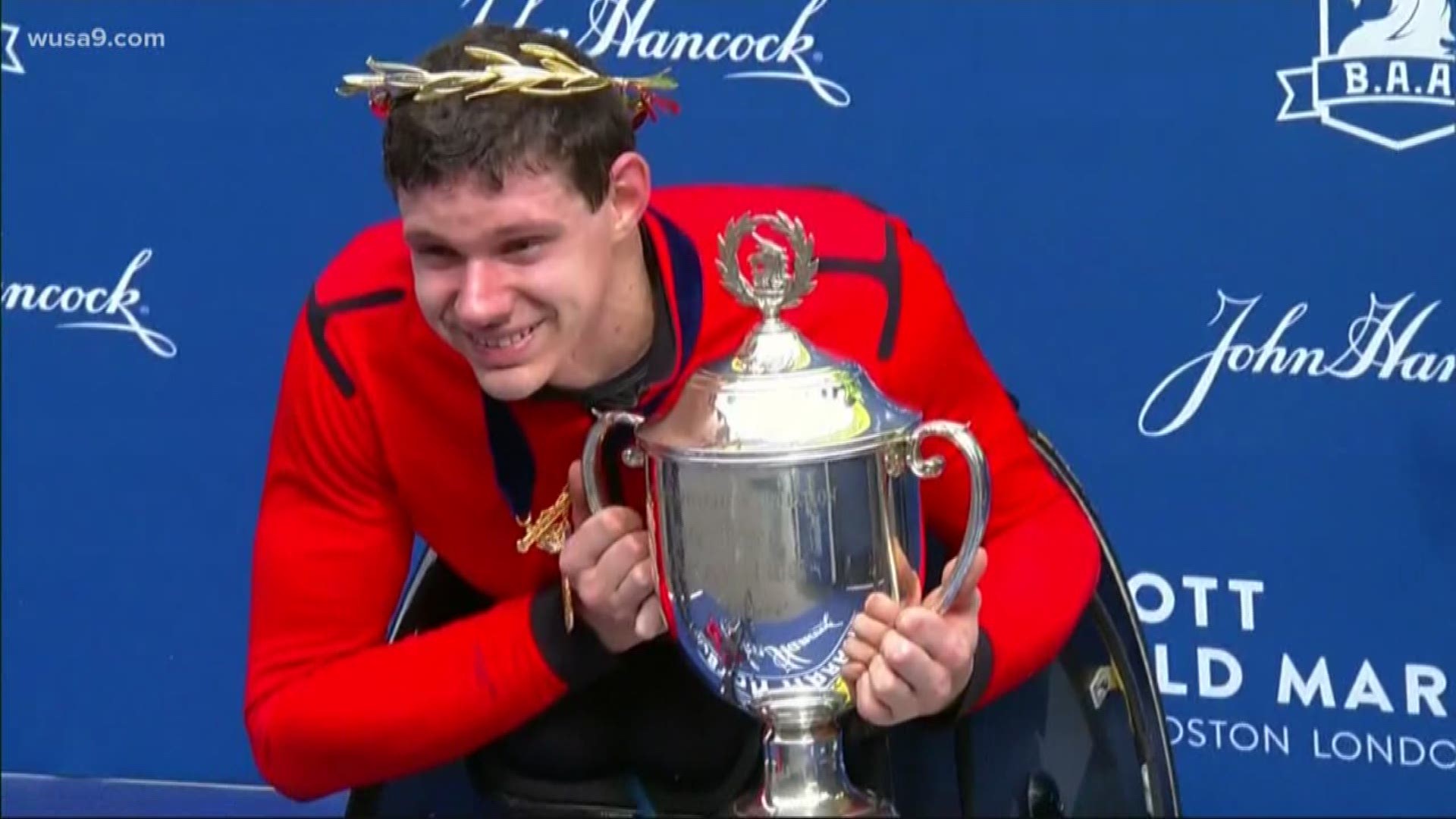 This is the third big race Romanchuk has won in a year's time. He also won the Chicago and New York marathons in 2018.

"Winning all three majors on American soil, it's just wonderful," he said.

While Romanchuk was raised in Maryland, he is currently a student at Parkland College in Champaign, Illinois. He also trains and competes with the University of Illinois Wheelchair Racing Team.

Romanchuk said it was an amazing feeling to beat some of the world's greatest competitors in Boston.

"I have grown up watching them on the world stage," he told CBS Boston after the race. "It's just incredible to be able to push with them."

Romanchuk, who was born with spina bifida according to Team USA, also participated in the Paralympics in 2016 in Rio de Janeiro.

However, before Romanchuk raced to stardom, he got his start training with the Bennett Blazers program in Baltimore. That program follows a motto close to Romanchuk's heart: "Teach them they can before someone tells them they can't."

"It's true and necessary in bringing up the next generation of racers to keep the sport alive," he said.