'My dad used to always tell me I had three aspects of my life: Sports, social life, and school. I chose to be great at school and football.' 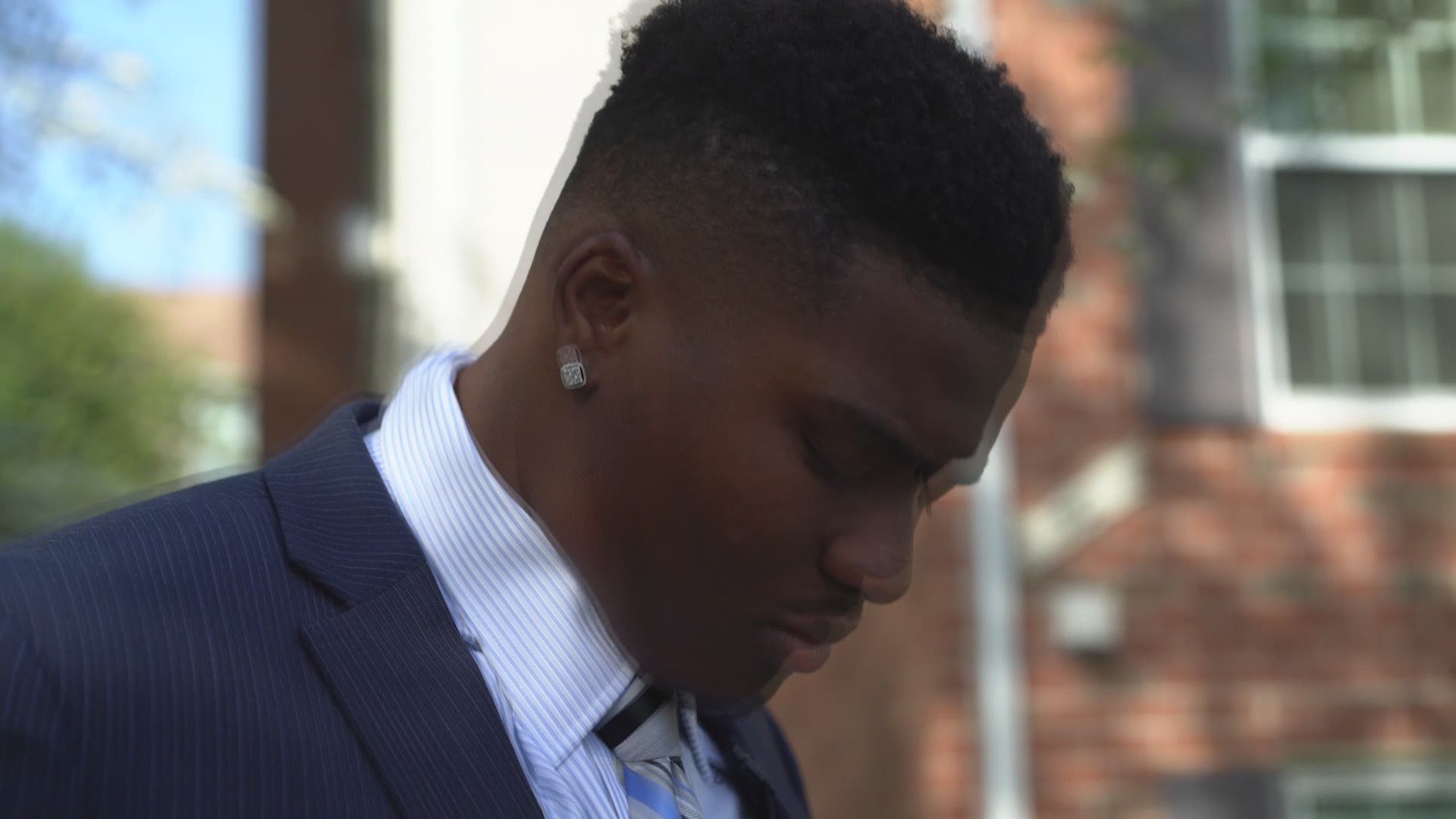 However, it was the team Haskins has been a part of his whole life - just 30 miles or so from FedEx Field- that laid the foundation for him to be an outstanding professional on and off the field.

Haskins was raised by his parents Dwayne Sr. and Tamara Haskins alongside his sister, Tamia, who Haskins considers his best friend.

“My dad used to always tell me; I had three aspects of my life: sports, social life, and school. I chose to be great at school and football," Haskins Jr. said.

Haskins Jr. grew up in Highland Park, N.J and moved to Gaithersburg, Md., when he was in ninth grade. He attended Bullis High School in Potomac, Md., where he passed for 5,308 yards and 54 touchdowns.

Haskins Jr. had a record-breaking sophomore season at Ohio State. He broke the single season passing and touchdown records for Ohio State and the Big 10 Conference passing for more than 4,000 yards and throwing for more than 40 touchdowns. During the same season, he was named Big 10 player of the year and was one of the finalists for the Heisman Trophy.

Haskins Jr. said he believes that being good isn’t good enough; getting a C in school was average in the Haskins' household. The Haskins family didn’t want to be average.

"In middle school, being scared to get a C," Haskins Jr. said. "When I would get a 79.5, I would ask the teachers, 'Is there any way I can do extra credit to boost by grade up?'"

These were normal expectations for Haskins Jr.

"We have been preparing him all his life for this moment," Dwayne Haskins Sr. said. "We never thought he would be an NFL quarterback. We just wanted to raise our son to fulfill his purpose while also inspiring others to do the same."

Haskins Jr.'s father also encourages his son via text with an inspirational message, or Bible verse to everyone in his circle numerous times a week.

I’ve personally received at least five messages a week from his father.

Haskins Sr. ends each message with Hallelujah and the text number. This was inspirational message No. 1,008.

Faith is a huge part of Haskins Jr.'s life. His father taught him how to pray, live selflessly and to give back to the community.

"I want people to look up to me. I want to leave a legacy behind that will inspire people," Haskins Jr. said.

Haskins Jr. hasn't even thrown an NFL pass, but has already completed his own football camp on April 15 in Columbus, Ohio.

Haskins Jr. and the Haskins family call it, "Grinding by Faith."