In September, Maryland Governor Larry Hogan said the state's school districts could start their fall sports seasons whenever they felt it was safe to do so. 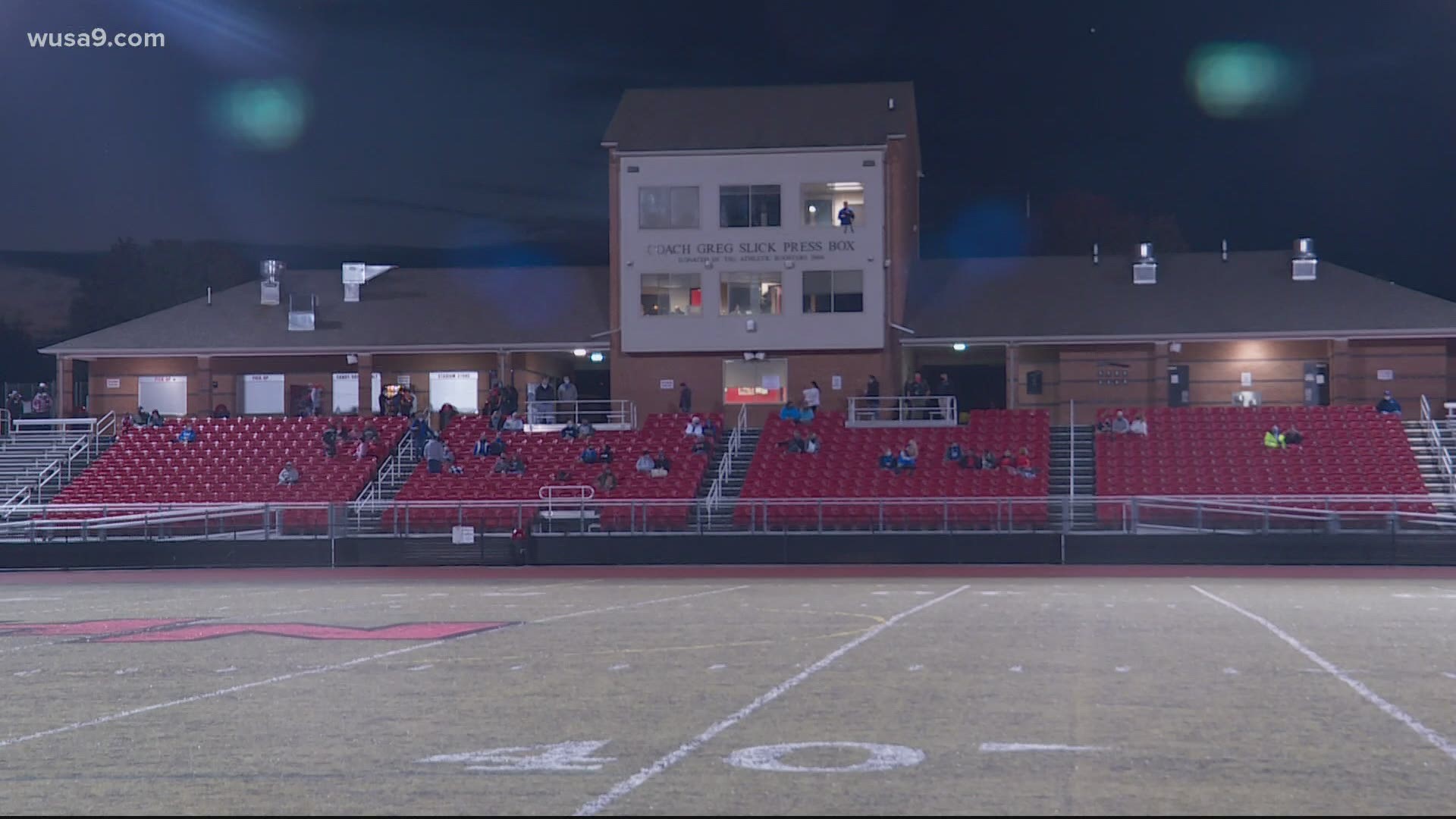 On Tuesday, Washington County Public Schools teams competed against one another in soccer, volleyball, and cross-country.

Last month, Maryland Gov. Larry Hogan announced the state's school districts could start their fall sports seasons when they felt it was appropriate to do so.

While, many Maryland counties are holding scrimmages and practices, Washington County Public Schools officials said their district, Garrett County, and Allegany County are the first to hold interscholastic competitions in the state.

The Maryland State Board of Education approved a request for local school systems (LSS) to start winter sports on December 7, 2020. All LSSs are strongly encouraged to start conditioning opportunities immediately. Initial information can be found at https://t.co/TOKquZkR8l pic.twitter.com/TQmRT2O5uo

At a boys soccer varsity game between North Hagerstown and Williamsport Tuesday, fans were treated to assigned seating in a stadium with a reduced occupancy. They also heard frequent reminders on the stadium's speaker system to stay socially distant from people they do not know.

"I'm pretty confident they made all the necessary precautions," said father Haroon Fazal.

Fazal, watched his son, Nathan, a junior on North Hagerstown's team, play on the field.

Nathan Fazal he was happy to compete against another school again.

"It's honestly such a privilege right now to be playing matches," he said. "And, you're able to practice and use that practice in a game."

"Right now, the benefit is getting to see these kids out here and active and feeling like they're a part of something again," he said.