Players, fans all smiles after Maryland's win over WVU

Terps welcome a huge crowd as they beat West Virginia in its first football game of the season. 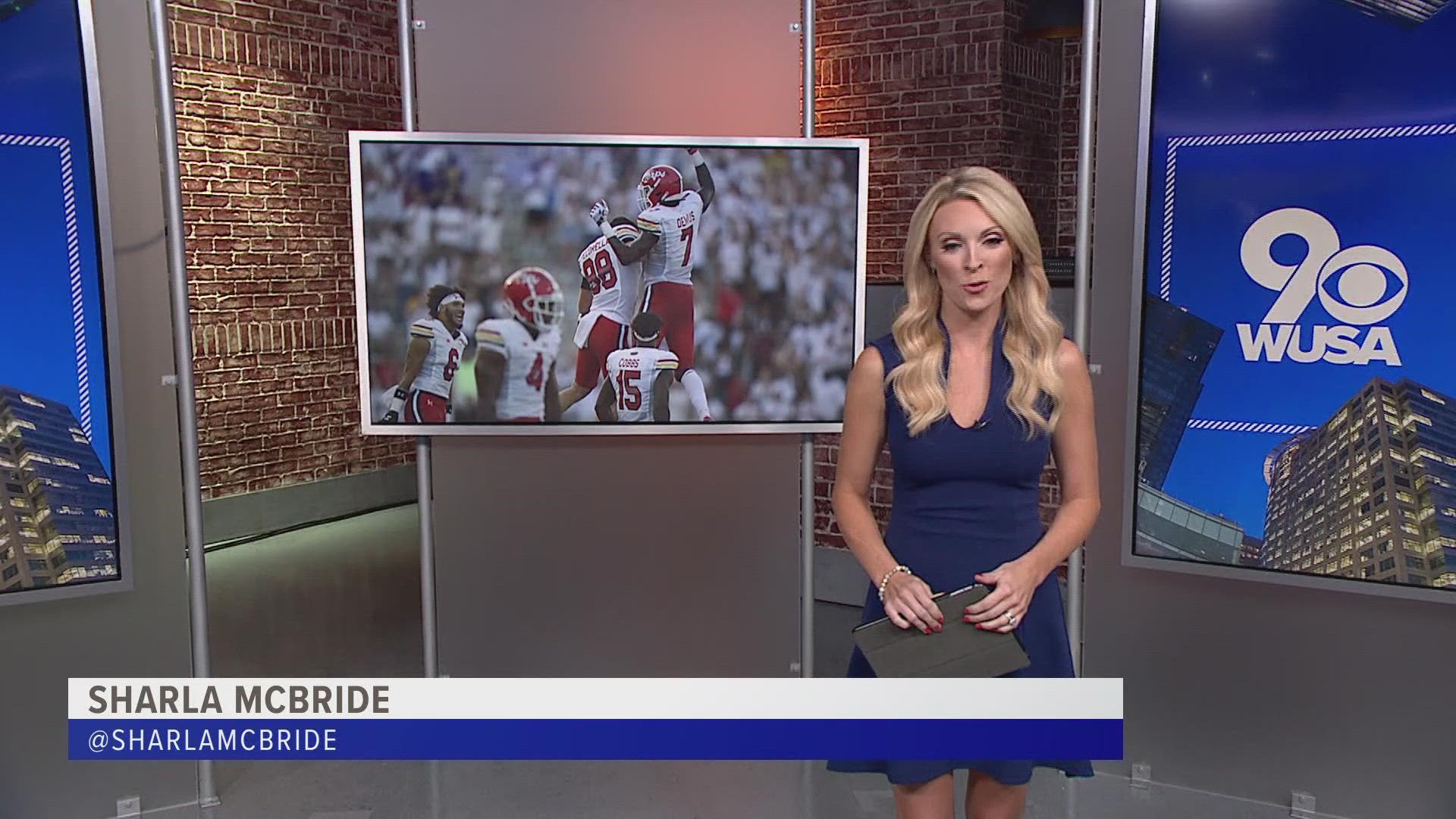 COLLEGE PARK, Md. — College football returned to College Park, Maryland, and the fans returned too for the first time in two years! The day was a good one for the Maryland Terps, who won its season opener.

The University of Maryland hosted West Virginia University in front of a packed crowd Saturday that stayed loud throughout all four quarters. They provided the energy that these Maryland players admit they had missed.

Maryland senior tight end, Chigoziem Okonkwo showed some love to the fans after the game, saying, "Thank you so much to all the fans! Your energy, your yelling helps so much! We are so glad you're back here. We hope to see you guys back here next Saturday with that same energy," said Maryland head coach Mike Locksley. "The fans really showed up. Our student section, I can't tell them enough just how much our players appreciate them being there for four quarters and them playing a major role in the fourth quarter when we needed them to be loud and we fed off their energy."

Maryland was led offensively by quarterback Taulia Tagovailoa, who threw for 332 yards, and three touchdowns.

"One of the things that helps him is knowing that we have those playmakers out on the perimeter, and we have those tight ends and receivers. All he has to do is do what he's coached to do, and we saw him execute the offense to a "t" there," said Locksley.

This man Taulia on Saturday 🔥

Tagovailoa also giving credit to his playmakers, saying "the receivers made great routes and that makes the throws easier for me. Coaches also called great plays the whole game, so it was just up to us to execute."

Wanted to give a special shout-out to Terp Nation for SHOWING OUT yesterday. We couldn’t do what we do without you! 🐢❤️ pic.twitter.com/XnmGMYYmip

Maryland trailed at the half, 21-20 to West Virginia. But the Terps came out strong in the second half. Maryland ultimately took the 30-24 victory for its first win of the season.

"One thing we do emphasize on our team is playing for four quarters. We want to play throughout the whole game and we don't look at the scoreboard, and we play to a high standard. That's one thing we put a lot of emphasis on this year, is playing to the end," said Okonkwo.

Maryland celebrated its win Saturday night, and is now already preparing for next Saturday's game against Howard University.

"It was a great game for us, for the first game to really see who we are and create an identity as a team that's really going to fight for four quarters and not let adversity get us down," said Locksley.