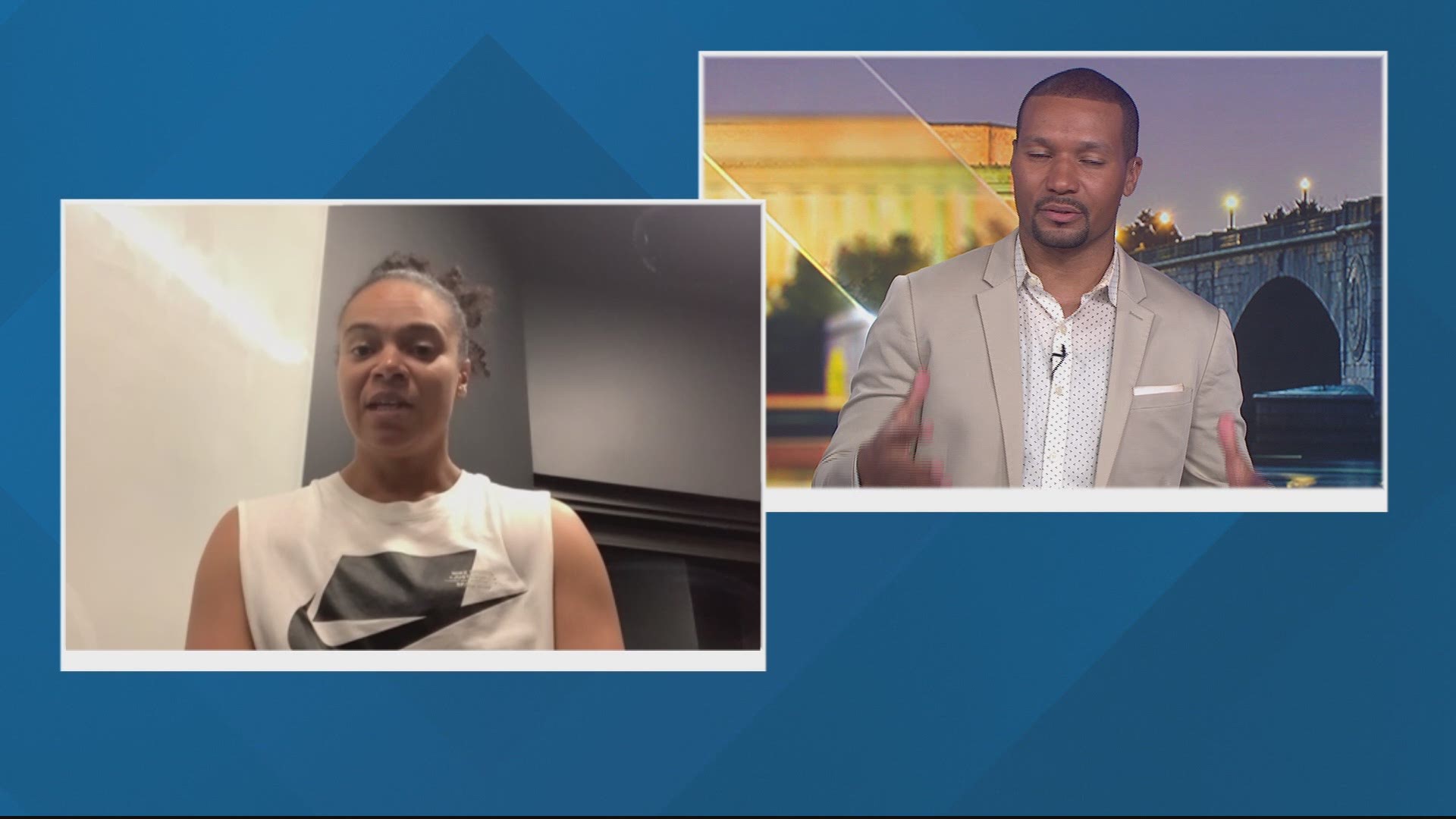 SAN ANTONIO — Former Maryland Terrapins star Kristi Toliver made it clear who would win if the 2020-21 Maryland women's basketball team took on the 2005-06 team that won the NCAA Women's Basketball national championship.

Toliver was on Maryland's only national championship team and head coach Brenda Frese has repeatedly compared this year's team to the 2006 team. Toliver agrees.

"They are unselfish. They play with the same spirit and they have no drama like our team, said Toliver.

RELATED: Maryland women pour it on Alabama 100-64 to reach Sweet 16

Frese, who is the all-time winningest coach in Maryland history, has her team scoring historical numbers. They lead the NCAA in scoring and no team has scored more points per game in Maryland history. That's for the men and women. And yes, better than the 2006 team.

Toliver played for Maryland from 2005-09. She's currently fifth in program history in points and first in assists.

As she enters her 12th season in the WNBA, she finds the time to watch Maryland play.

"As alumni, it's fun to watch and I'm proud of the way they are playing," said Toliver.

Before Maryland traveled to San Antonio, Texas, to play in this year's NCAA tournament, coach Frese took the team to see the 2006 national championship trophy on campus.

"Coach B also had something before every game. She knew how to fire us up as a team and individually," said Toliver. "I hope they get what they want in the end."

Maryland has advanced to the Sweet 16 for the first time since 2017.

According to ESPN BPI, the Terps have the fourth-best odds (12%) to win this year's national title. Toliver hopes this year's Maryland team will be the next to cut down the nets.

"There's nothing like March Madness" said Toliver. "It was taken away from them last year. I don't think anybody can stop them this season."

Toliver also won a WNBA title for the Washington Mystics in 2019. She currently plays for the Los Angeles Sparks.