Texas slows Maryland and gets to Elite Eight with 64-61 win, ending Terps season

Charli Collier scored 16 points and grabbed 11 rebounds as No. 6 Texas shut down No. 2 Maryland’s high-powered offense for a 64-61 win Sunday night. 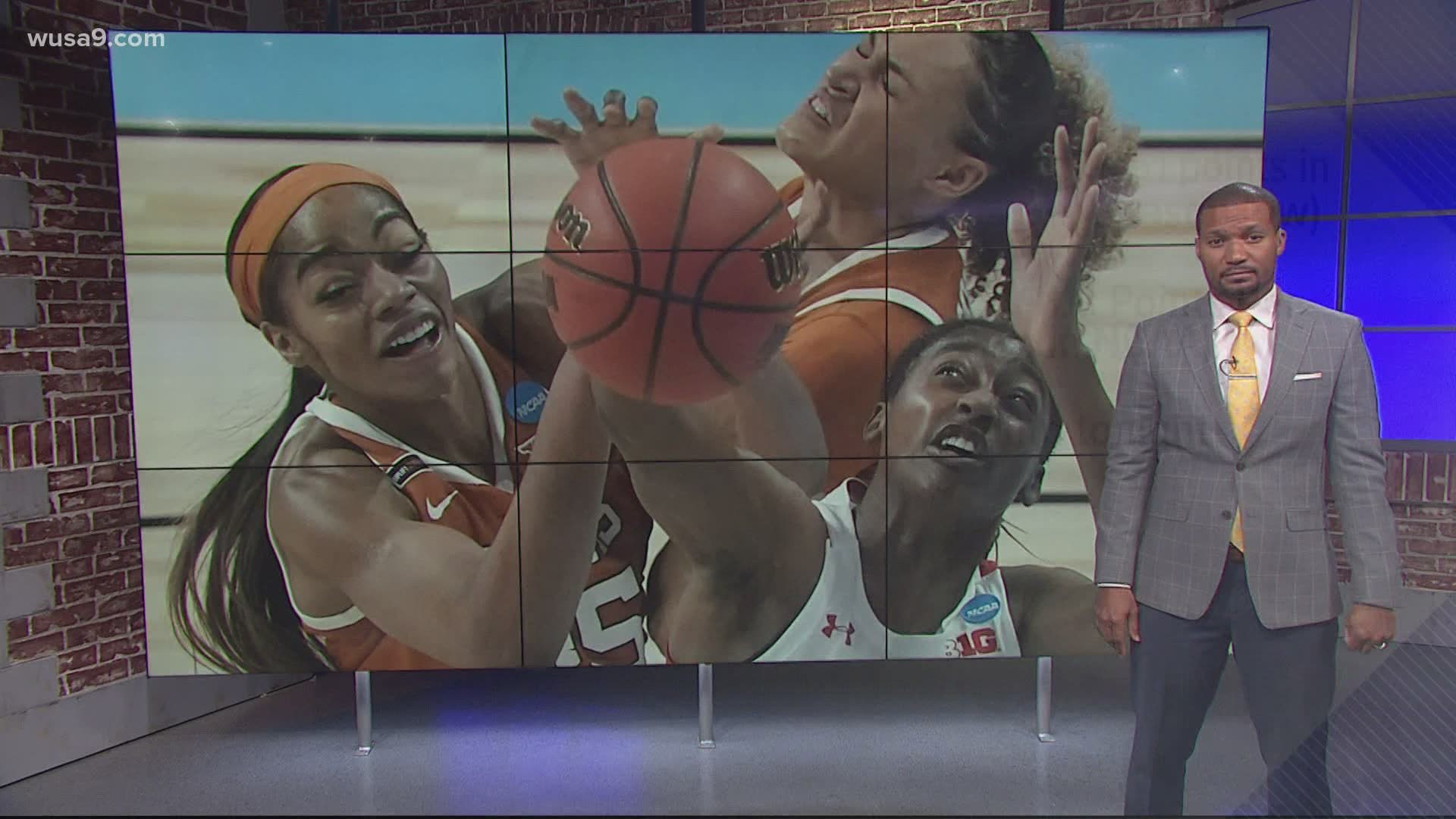 SAN ANTONIO — Charli Collier scored 16 points and grabbed 11 rebounds as No. 6 Texas shut down No. 2 Maryland’s high-powered offense for a 64-61 win Sunday night that sent the Longhorns to the Elite Eight as the lowest seed still alive in the women’s NCAA Tournament.

The Terrapins had the highest-scoring offense in the country during the regular season and averaged 99 points in the first two rounds before running into a Texas defensive wall that slowed the pace to a grinding halt.

Texas tied it at 59-59 on Celeste Taylor’s jumper in the final minute, then took the lead when Kyra Lambert scooped up a loose ball near midcourt and coasted in for a layup with 45 seconds left.

Credit: AP
Maryland head coach Brenda Frese argues a call during the second half of a college basketball game against Texas in the Sweet Sixteen round of the women's NCAA tournament at the Alamodome in San Antonio, Sunday, March 28, 2021. (AP Photo/Eric Gay)

A win there would send Texas to the Final Four for the first time since 2003. And they would get there with first-year coach Vic Schaefer, who left a powerhouse program at Mississippi State to build another with the Longhorns. Chants of “Texas Fight” roared from the Texas fans at the Alamodome after the final buzzer. The team, led by Schaefer, ran up to a riser in front of the fans and had a socially distant celebration with them.

Texas has made its deep run in the tournament on the strength of guard play in support Collier, who has already announced she will turn pro as the projected No. 1 pick in the NBA draft.

Taylor finished with 15 points, Joanne Allen-Taylor scored 14 and Lambert scored 10, taking her last free throws with gauze in her nostril after taking an earlier blow to the face.

Maryland was just 5 of 22 on 3-pointers. Benzan, who led the nation at 51 percent, made just two, none in the second half.

Texas guard Audrey Warren left the game with 4:50 left to play after hitting her head on the floor when she tangled with two Maryland players for a rebound. She stayed on the floor for a few minutes before she taken the locker room for evaluation for a concussion. Warren finished with eight points and four rebounds.

Warren returned to the court for the postgame celebration with her teammates.