WASHINGTON — Attorneys for basketball superstar LeBron James call accusations he stole the new slogan for his company from a nonprofit in the DMV “meritless” and full of “factual inaccuracies.”

NBA Superstar LeBron James is being sued for trademark infringement by Game Plan Incorporated, a small nonprofit based in Bowie, Maryland. The group is accusing James of using a slogan Game Plan started using a year earlier.

James first used the phrase in response to polarizing conservative talk show host Laura Ingraham, who had a message for NBA Icon in February 2018.

“Keep the political commentary to yourself,” Ingraham said on her show. “Or as someone once said, shut up and dribble.”

James would not shut up and dribble. Instead, taking to Instagram with 6 simple words: “I am more than an athlete.”

In the months that followed, James' media company, Uninterrupted, would turn that message into a mantra, selling “I am more than an athlete” clothing in its online store.

Producing a program on ESPN “Uninterrupted: More than an Athlete.” Partnering with Nike for even more clothing sales.

James' company even did a deal to put “I am more than an athlete” in the popular NBA 2K video game. 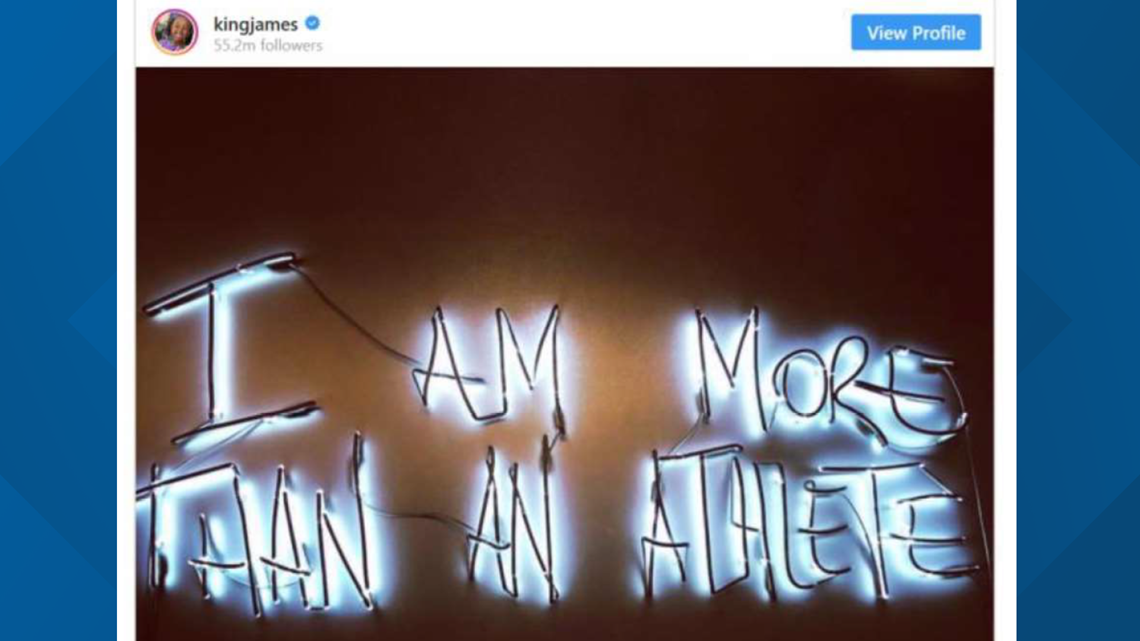 Game Plan Incorporated is a nonprofit designed to help student athletes from under served communities in the DMV.

In an interview with WUSA9, Sesay said to understand how all this started, he has to rewind to a Washington Wizards basketball game in October 2017.

Game Plan took a group of its kids to the game wearing T-shirts with that “I am more than an athlete” slogan and can be seen in a photo with Wizards star John Wall.

The Wizards' opponent that night? LeBron James and the Cleveland Cavaliers.

“Being more than an athlete is not just our slogan,” Sesay said. “It embodies our program.”

But it would soon embody LeBron James' new brand even as Game Time filed, and eventually received, a trademark for that “I Am More Than An Athlete” phrase.

Game Plan says it sent cease and desist letters to James' company, to stop using the slogan, but they say, those requests were ignored.

Friday, James' legal team responded to the lawsuit. Attorneys for Uninterrupted saying in a statement:

"The complaint filed by Game Plan is meritless and contains numerous factual inaccuracies. Uninterrupted owns prior rights in and to the More Than An Athlete trademark."

The lawsuit demands $33 million or more in damages. A source close to the case tells WUSA9 they won’t know exactly how much they’re owed until the defendants open up their books.

“There’s someone making millions off of something we created,” Sesay said.

WUSA9 has also reached out to the other companies named in the lawsuit. ESPN and Nike said they had no comment. Take Two Interactive, the makers of NBA 2K, have also not responded.

READ: The full lawsuit of Game Plan Inc vs. UNINTERRUPTED LLC and co.