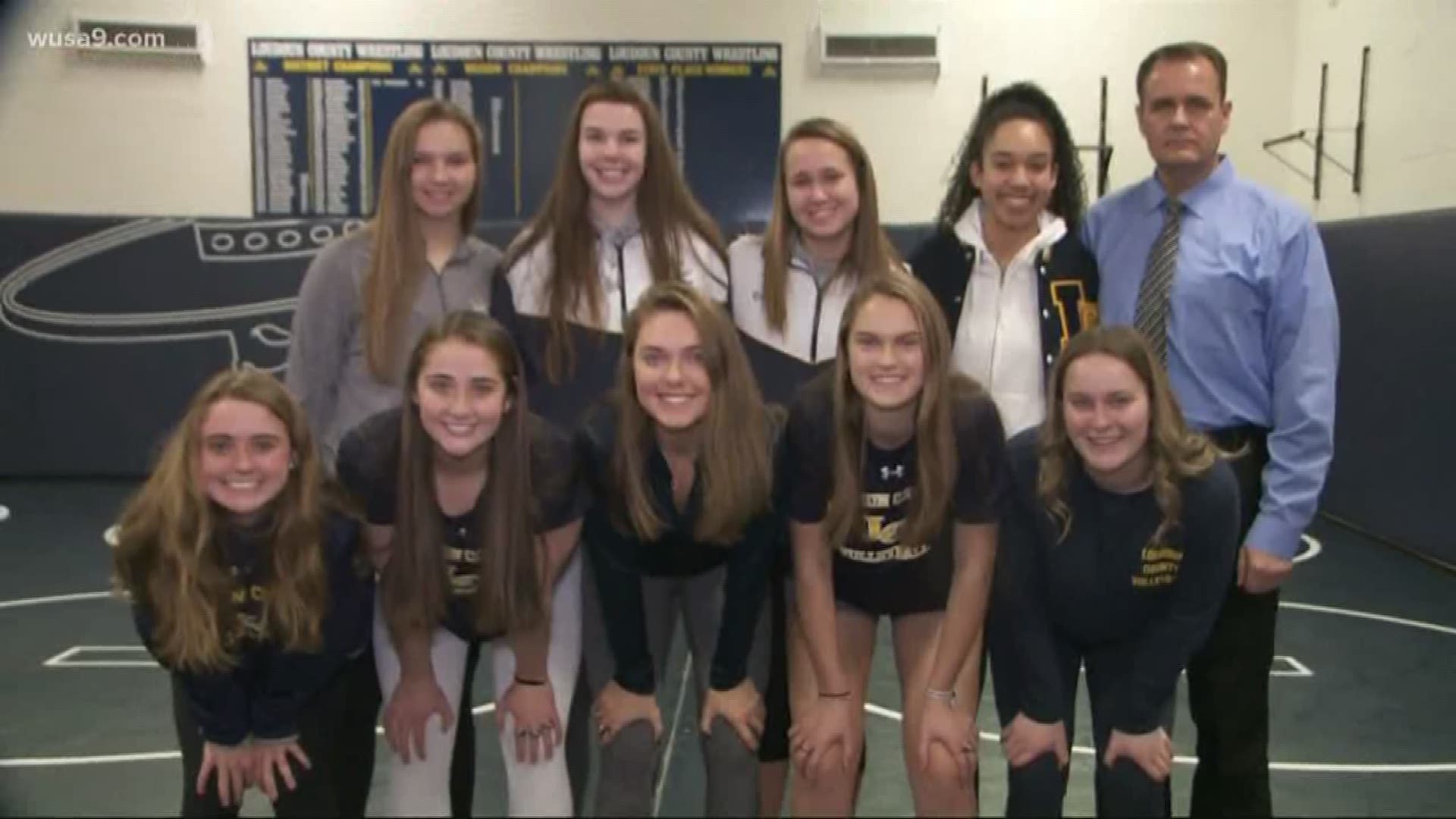 The championship game was held at Virginia Commonwealth University's Stuart C. Siegel Center at 4 p.m on Friday. The ladies dominated with a three-set sweep, winning the first and third set 25-14 and the second set 25-12.

It isn't the first time that Raiders volleyball defeated the Grafton Clippers -- the ladies beat the Clippers in four sets for last year's championship match.

Even school faculty cheered on the ladies win Friday night, with staff members tweeting their support.

The team is lead by head coach John Senchak, who has been advising the Raiders volleyball team for the last several seasons.

“My goal as a coach is at the end of the match, the Raiders walk off knowing they’re happy with their performance,” Senchak told the Washington Post during last year's winning season. “If you walk off knowing you had given the game everything you had, there’s nothing left in you, the result is not what matters. We want to become a stronger team that performs better together.”