Jennifer King was one of six women assistant coaches that were in the playoffs with their respective teams. 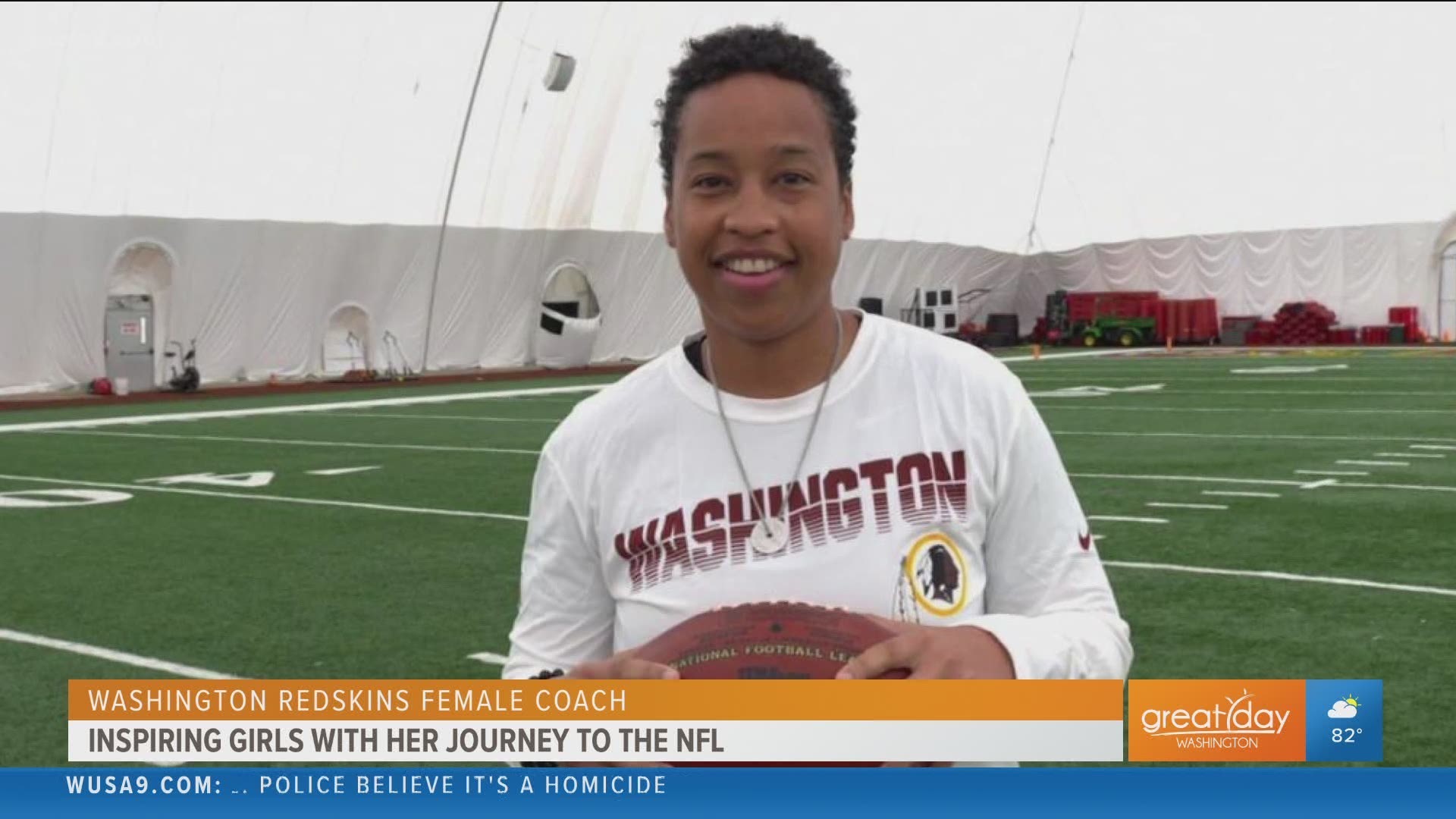 She is the second woman in league history to be an assistant position coach after Tampa Bay’s assistant defensive line coach Lori Locust. King spent the 2020 season as a full-year coaching intern under Ron Rivera and worked with running backs coach Randy Jordan.

Rivera said King came to Washington eager for the opportunity and is deserving of the promotion.

“The sky is truly the limit for her,” Rivera said. “She got the chance to experience not only the in-season work that goes into being a full-time coach in this league but also the countless hours that are spent preparing in the offseason, as well.

“She demonstrated all of the qualities that are needed to work full time on my staff. She is a hard worker, a great communicator and a quality person. Coach King is always eager to learn and has shown tremendous growth since starting here last season.”

King previously interned for Rivera with the Carolina Panthers and has also been an assistant at Dartmouth College and for the Arizona Hotshots of the Alliance of American Football.

“I am very pleased to have coach King back to assist me full time in the running backs room,” Jordan said. “She was extremely helpful last year in seeing the game from a different perspective, and she was a tremendous communicator in our room. I look forward to continuing to collaborate as we move forward in our program and as she moves forward in her coaching career.”

Washington’s playoff game against the now- Super Bowl-bound Buccaneers was the first NFL playoff game to have a female coach on each sideline. Tampa Bay had two: Locust and assistant strength and conditioning coach Maral Javadifar, and coach Bruce Arians called women in coaching “the wave of the future.”