The workout was originally scheduled at the Falcons training camp, however, it was moved to Riverdale at the last minute. 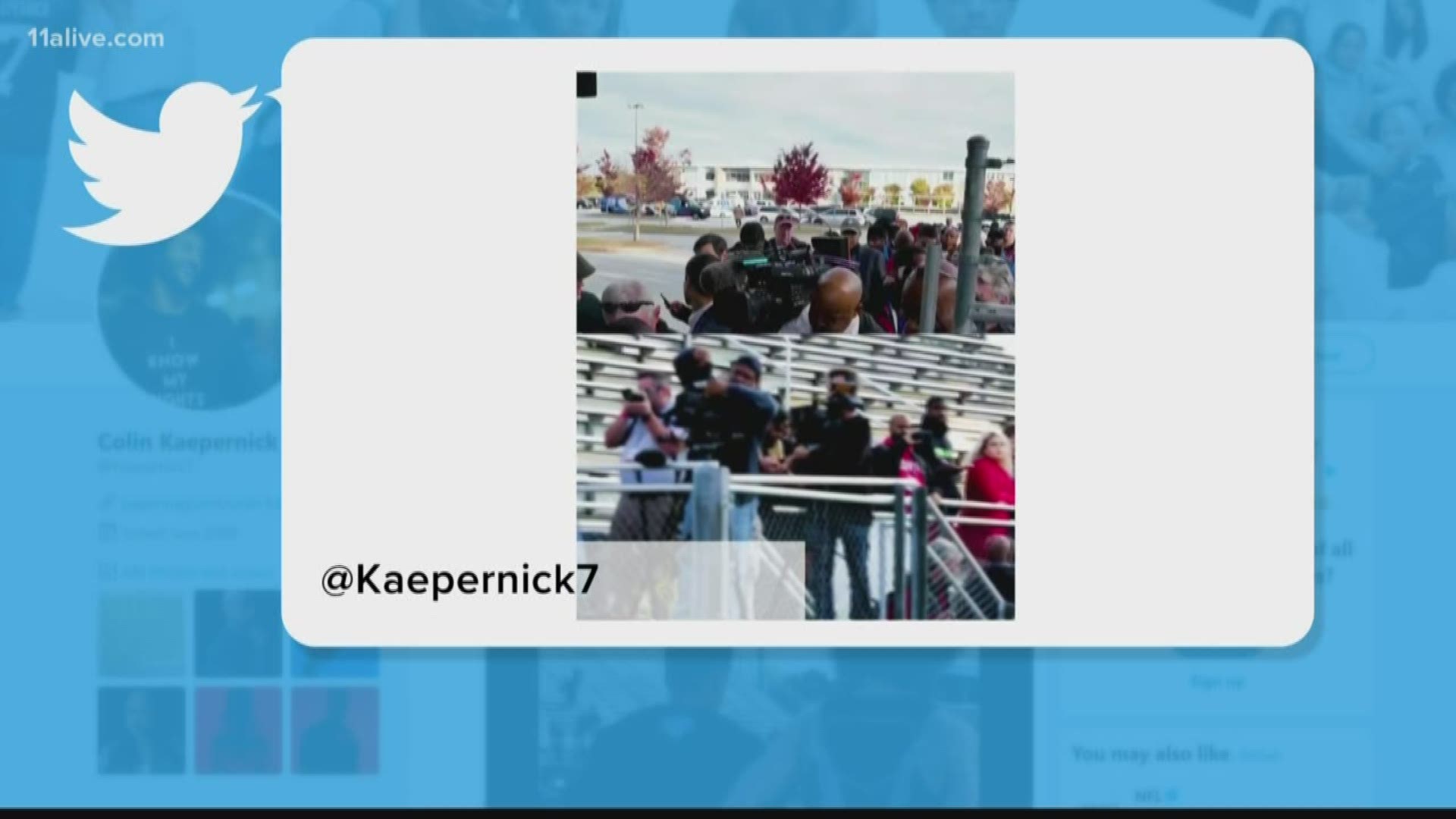 ATLANTA — NFL free agent quarterback Colin Kaepernick took to social media this week to thank those in Atlanta who made his workout possible.

The NFL arranged for a workout with all 32 teams invited to attend at the Atlanta Falcons training facility on Nov. 16.

An abrupt change in plans set off a scramble that afternoon, with the workout ultimately being held 60 miles away at Charles R. Drew High School in Clayton County.

"A huge thank you to all the people that made this happen in Atlanta," Kaepernick said. He went on to thank his receivers and trainers as well as "all of the educators at Charles Drew High School & so many more behind the scenes."

The 32-year-old said the workout "would not have been possible without all of you."

Kaepernick and the NFL have offered competing narratives for what occurred to cause the confusion.

RELATED: Why the Colin Kaepernick workout changed gears so suddenly

There appear to have been two central sticking points in the proceedings: The legal waiver the NFL wanted Kaepernick to sign to attend the workout, and the event's availability to the news media.

Seven teams attended the workout after it was moved to a new location, but Kaepernick's representatives reportedly sent tape to the other 25.

According to ESPN's Adam Schefter, citing sources, Kaepernick has received no interest from any NFL teams following his workout