Zimmerman and Andres both embraced in a hug after the pitch; a sign of how much the chef means to the District. 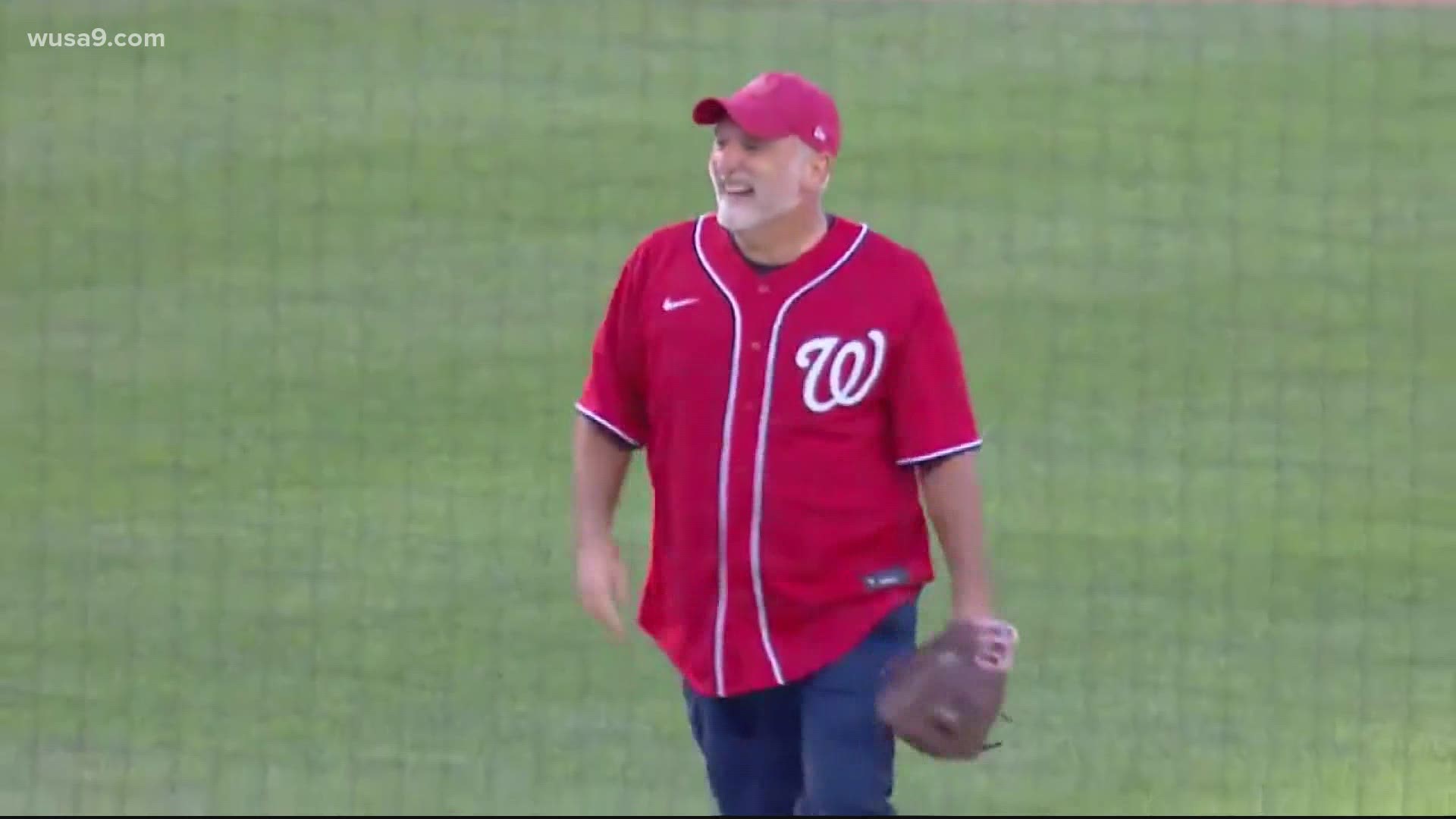 WASHINGTON — Chef Jose Andres threw out the ceremonial first pitch at the Washington Nationals game on Tuesday versus the Pittsburgh Pirates. He may have been good luck, too, as the National pulled off a victory, with a final score of 8-1.

Andres's pitch to home plate was probably a six out of ten, not skipping it to home, but a little of the plate for Ryan Zimmerman to snag from behind the plate.

Zimmerman and Andres both embraced in a hug after the pitch; a sign of how much the chef means to the District.

While even a smirking Andres, who left the mound determined he could have thrown a better pitch, didn't show his best stuff, what does receive a grade of ten out of ten is his work through World Central Kitchen over the last year and a half.

Andres used Nationals Park during the COVID-19 pandemic to prepare 900,000 meals as part of his organization, which has made a huge impact over the last year by helping people across DC, the nation and the world.

The world-renowned chef also delivered meals to National Guard troops that were sent to the area amid the Capitol Riot that took place on Jan. 6.

1 / 3
AP
Chef José Andrés reacts after he threw out the ceremonial first pitch before a baseball game between the Washington Nationals and the Pittsburgh Pirates, Tuesday, June 15, 2021, in Washington. (AP Photo/Nick Wass)