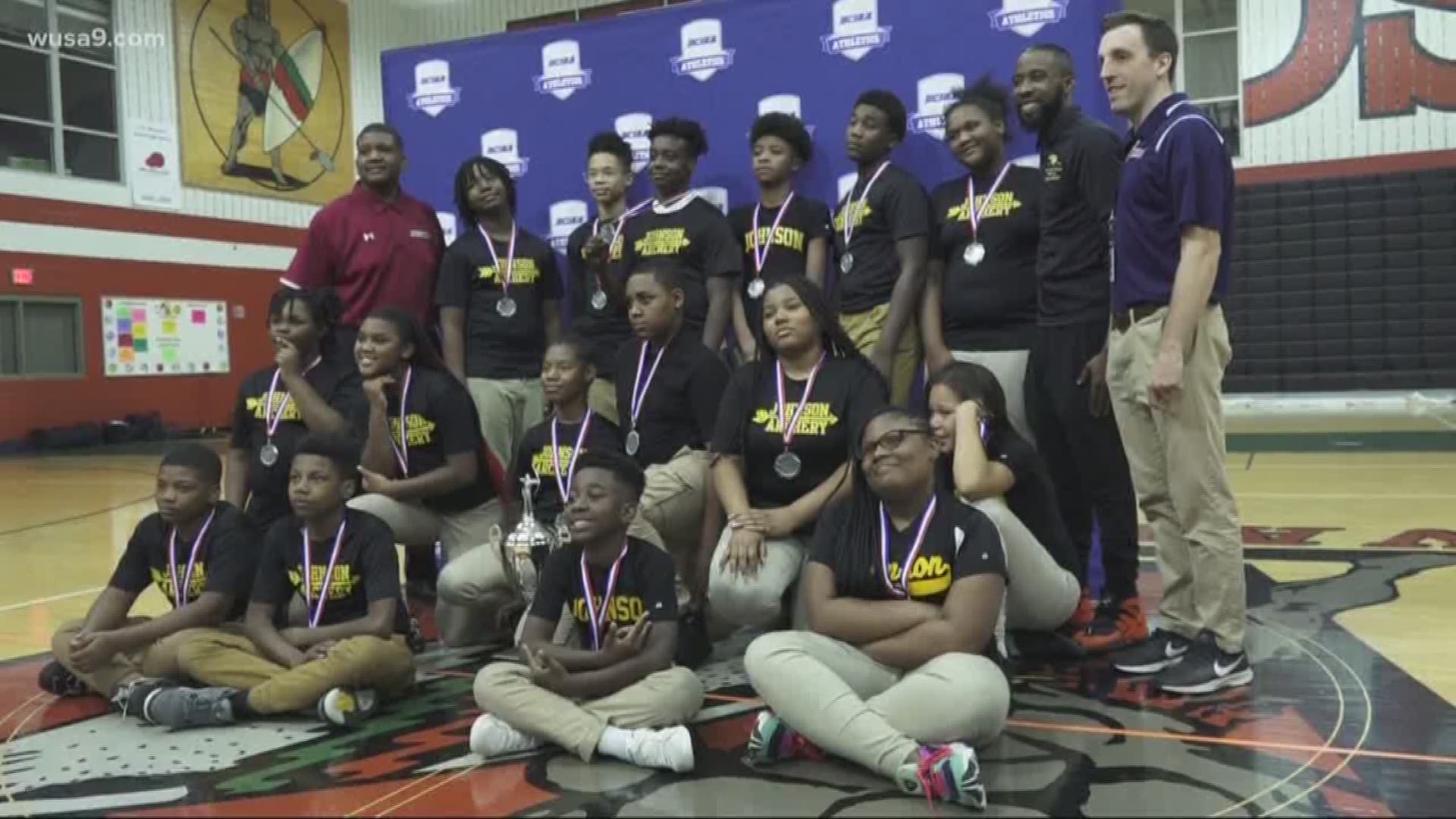 WASHINGTON — The saying goes “it’s not whether you win or lose, it’s how you play the game.” For John Hayden Johnson Middle School, simply playing the game was all that mattered.

While the team might have lost the match, they won in the game of life.

The students and faculty at Johnson Middle School are trying to change how Southeast DC is viewed.

The archery team at Johnson got an opportunity to compete against a Deal Middle School team made up of kids from Upper Northwest DC.

Before the final scores were announced, Tyrone Powell already was extremely proud of the progress his team has made.

“This is the third year participating in archery,” said Coach Powell. “First year was kind of rough. Second year, we made the semifinals last year. And this year we made the championship. I’m very, very proud of my students. It’s a special group of young kids that are doing something different here in Southeast, and I could not be more ecstatic and happy for them.”

But as coach Powell told his team, being in the championship match was the accomplishment.

It’s an accomplishment that the Johnson Middle School archery team should be very proud of.