The 30-year-old guard was taken with the first pick of the 2010 NBA Draft by the Wizards. 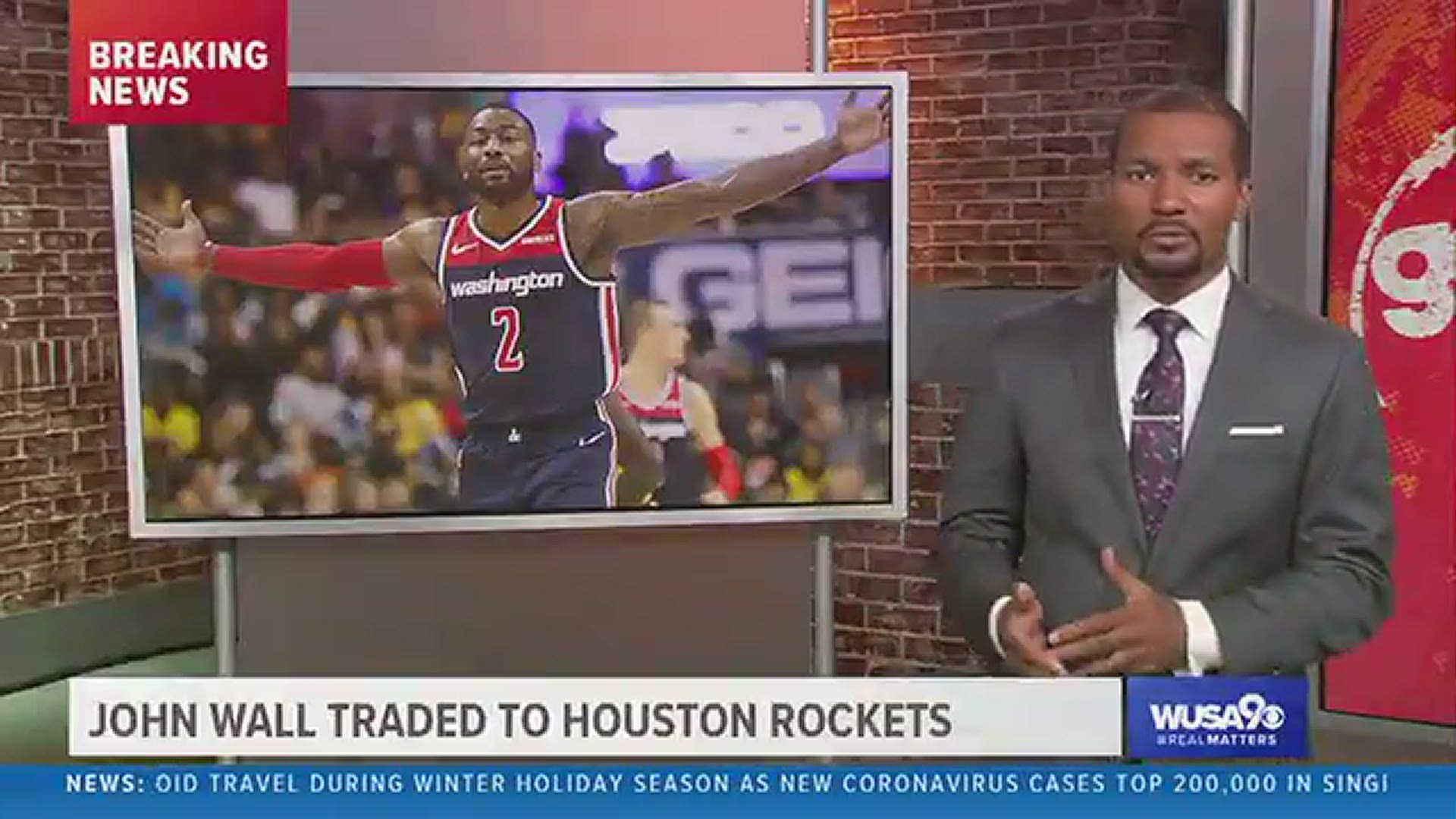 WASHINGTON — Washington Wizards' John Wall and a first-round draft pick will be sent to the Houston Rockets for point guard Russell Westbrook, according to WUSA9's Darren Haynes and the Associated Press.

While this trade was something rumored, it does comes as a surprise.

The trade comes after the Wizards recently said its star shooting guard was not on the trading block for the team.

“There’s no plans to trade John,” were the first words spoken by Sheppard during a video conference Monday.

The 30-year-old Wall was taken with the first pick of the 2010 NBA Draft by the Wizards after one year with the University of Kentucky.

Russell Westbrook comes to the Wizards to be on his third team within a three-year span.

The 32-year-old is an explosive player and one of the best ball handlers in the NBA, but critics have always pointed to his inability to shoot three-point shots and unwillingness at times to share the ball as downsides to his incredible skills on the court.

I can confirm that the #Wizards have agreed to trade John Wall for Houston Rockets Russell Westbrook and a first-round pick!! @wusa9 @WUSA9sports

John Wall's era in DC is OVER! pic.twitter.com/6X08ZDKRzv

John Wall had a huge impact on the Washington community, and most of it was in Ward 7 and Ward 8, where some of the most low-income communities in the District are located.

Wall's work with rent subsidization and financial relief for those in need is something that was truly inspiring for people who watched him over the last decade.

The Washington Wizards will start the 2020-2021 season when it has a preseason game against the New York Nets on December 13.

You can learn more about the Washington Wizards and John Wall in our stories below: