Both are rookies in their respective sports in 2021. One is now in the NFL with something to prove, the other is a veteran racer in a new car and league. 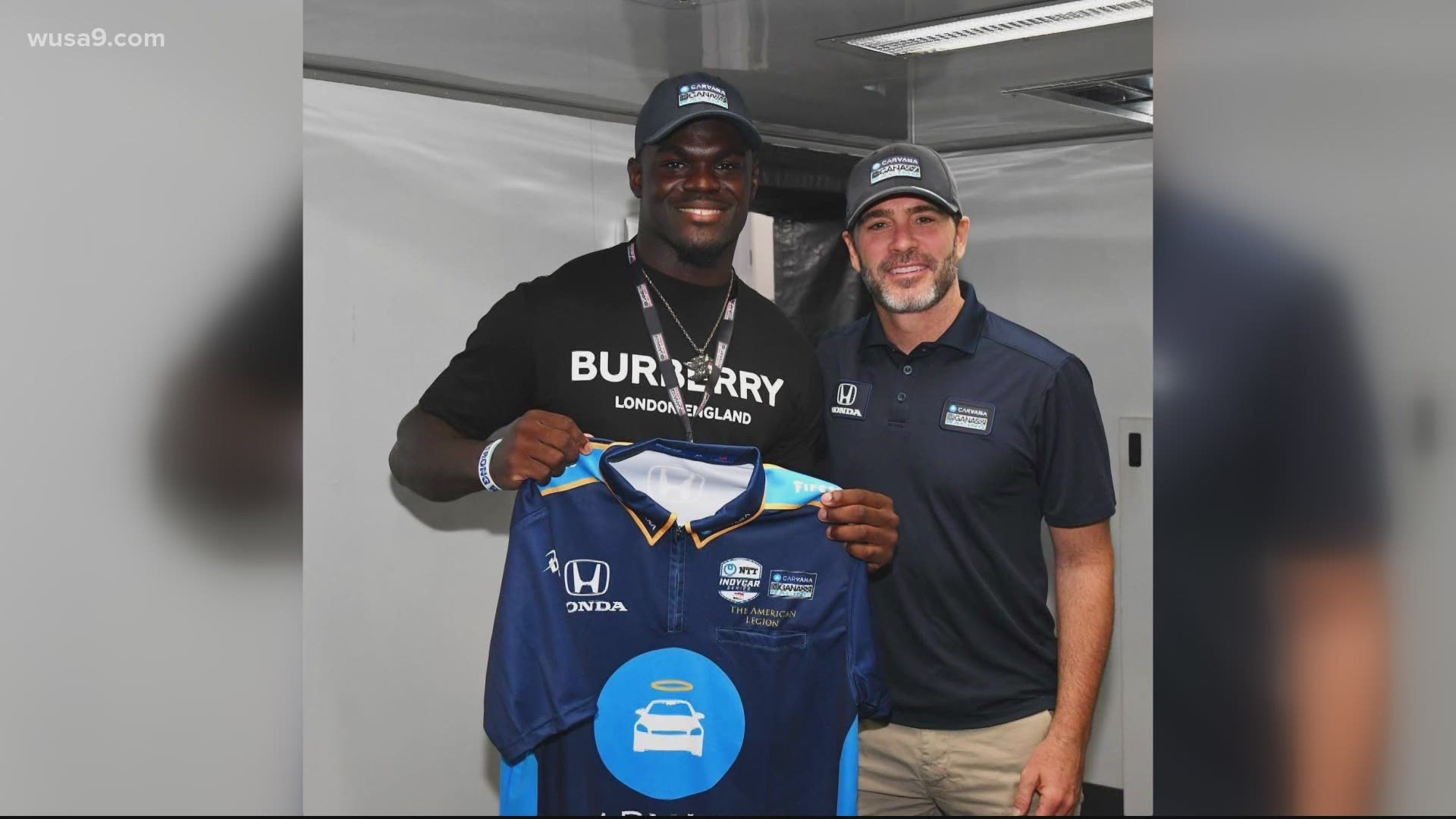 WASHINGTON — Not many people get to meet their heroes and idols as a perk of the job they do for a living. But Washington's first-round draft pick Jamin Davis has been able to take full advantage of the stat of his NFL career, meaning a three-day adventure with racing legend Jimmie Johnson.

Davis, who grew up a fan of Johnson's and the sport of NASCAR, spent three days with Johnson, one of the most accomplished drivers to ever grace a stock car track.

WFT Head Coach Ron Rivera was able to help set up the opportunity for Davis. It comes amid the linebacker's first OTAs and minicamp with the Burgundy & Gold.

"Awesome day and an awesome weekend. Our growth trajectory over the past 3 days was incredible. I wish I could get back out there right now because we got faster and better with each lap," said Jimmie Johnson in a Twitter post.

Awesome day and an awesome weekend. Our growth trajectory over the past 3 days was incredible. I wish I could get back out there right now because we got faster and better with each lap.

Thanks again @jamindavis25 for hanging with us today and for being a fan all these years. pic.twitter.com/L6pkuo6JcJ

Both Davis and Johnson find themselves in similar situations in life. While they both are highly competitive athletes with fierce determination, both are taking on new adventures and challenges within the sports they call a profession.

For Johnson, he left NASCAR stock cars to race in IndyCar, which isn't an easy jump or a feat that is known to be an easy accomplishment for drivers that primarily have raced in NASCAR for a majority of their career.

And for Davis, he has entered the National Football League as a rookie after a stellar colligate career in one of the premier college football conferences, the South Eastern Conference (SEC). His talent and potential now have him playing with and being coached by some of the most gifted defensive minds in the game --- aka, Ron Rivera, Jack Del Rio, Chase Young, and many more.

We Will see if this budding friendship between athletes can create motivation on the field and on the track in 2021.