After 50 years of cheering for the Expos, turned Nats, Canadian John Colwell's dreams of seeing his team play in a World Series came true. 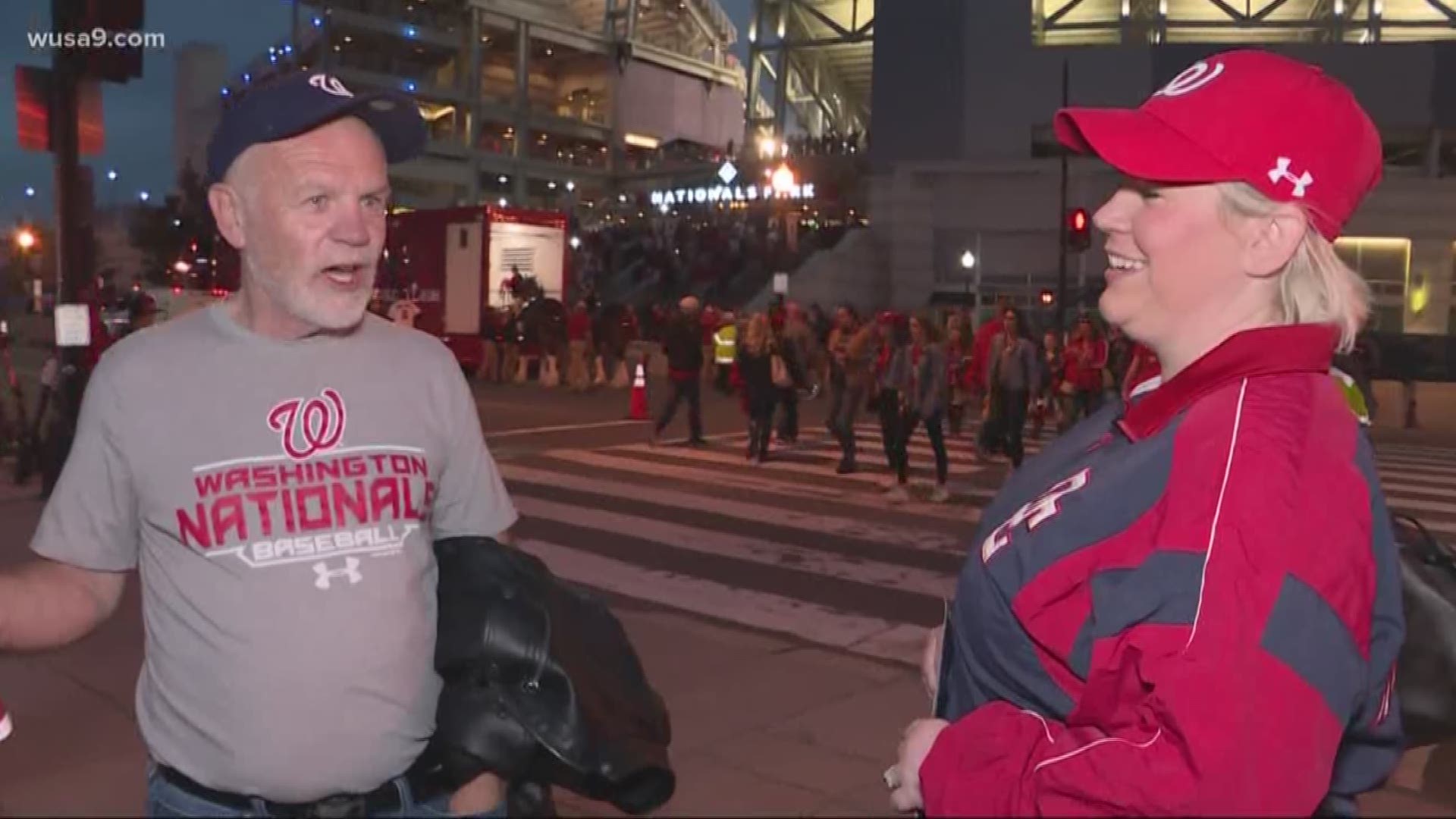 WASHINGTON — Before the Washington Nationals existed, they were the Montreal Expos. 64-year-old Canadian John Colwell has been cheering them on since day one.

“They were Canada’s team, that’s what they were," Colwell said. "And it was incredible.”

Colwell first fell in love with baseball when his dad took him to the World Series at Yankees Stadium in 1963. He was only eight years old. When the MLB formed the Montreal Expos in 1969, the first franchise located outside of the United States, he jumped on board.

Colwell said he even tried out for the team at age 14.

He didn't make the cut, but he became a lifelong fan.

“We play some good, hard ball down here," Colwell said.

When the Expos moved to Washington and became the Nationals in 2005, Colwell stayed loyal, even though many of his neighbors started to root for the Toronto Bluejays.

"I like the team. I like the players, I thought you know, I just move with them," Colwell said about the Nationals.

He even raised his daughter, Abby Northrup, to love the Nationals, too.

RELATED: DC: The only city where a baseball team with the same name has left twice

Northrup said her dad was confident the Nationals would make it far from the start of the season.

"It really looked like we were actually going to make it, you know," Northrup said.

As the team kept winning, Northrup told her dad, "If they win, we should go. And he said, yeah, I’ve been waiting 50 years."

So, once they knew the Nationals had sealed the deal, she scrambled to book flights and score tickets -- which she eventually did.

They arrived in D.C. Friday, just in time for the big game. It's the first time either of them has ever been to Washington.

"I tear up a little bit," Colwell said, grabbing a tissue. "It means a lot."

Dressed from head to toe in their Nats gear, Colwell and his daughter hugged as they walked toward the ballpark.

"Spending my whole life watching him be a fan, I’ve enjoyed that, so it’s really special to me to watch him be so happy," Northrup said.

As the ballpark came into view, Colwell turned to his daughter and said, "What really happens when you come in and you actually see the field. Once you see the field, you’ll say uh-oh, wow.”

They climbed the steps to enter the gate, and he clutched his chest in amazement.

They even made friends with some Astros fans, as Northrup tried to teach one of them the Nats signature "baby shark" dance.

"For him, it’s once in a lifetime," Abby said. "He doesn’t do crazy things. He doesn’t do expensive things. You only live once."

And they are living this weekend.

RELATED: Was the $1B Nats Park gamble worth it?