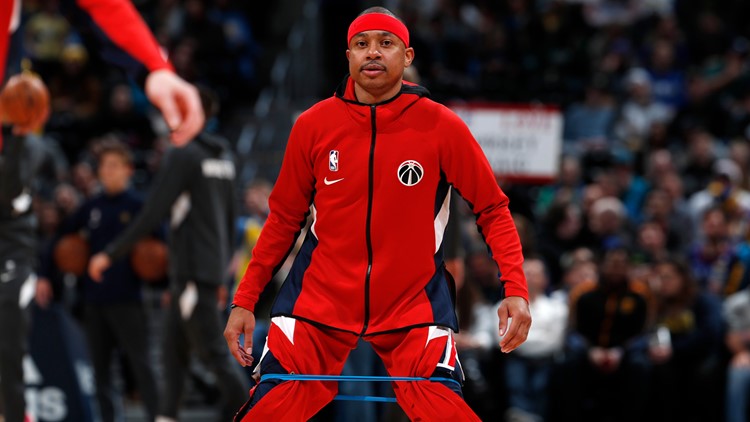 WASHINGTON — Entering the stands to confront 76ers fans in Philadelphia on Saturday cost Washington Wizards point guard Isaiah Thomas two games due to a suspension handed down by the NBA.

The news of Thomas' suspension was announced on NBA.com and comes after he was ejected from the game with 2:53 remaining in the 4th quarter. Washington would end up losing to Philadelphia 125-108.

"NBA rules state that any player who deliberately enters the spectator stands during a game will be automatically ejected and subject to a fine and/or suspension.  This bright-line rule is intended to prevent altercations or other hostile interactions between players and fans, for the benefit of both, and is therefore enforced even in circumstances such as these when the encounter between Thomas and fans did not escalate, said NBA officials via NBA.com.

Officials also said that the fans involved in the confrontation with Thomas have been banned by the 76ers organization from Wells Fargo Center events and the ticketholders’ seats have been revoked.

Fans involved in the confrontation admitted using gestures and language towards Washington players, according to ESPN. These gestures reportedly included the use of middle figures.

Thomas will begin his suspension on Monday when the Wizards travel to take on the New York Knicks.

Following the announcement by the NBA on Sunday, Thomas took to Twitter and expressed his frustration, using an expletive to do so.

RELATED: Capital One Arena to go paperless in 2020, mobile-entry tickets only