There were still a large number of players out of action against UNC. The challenge continues. 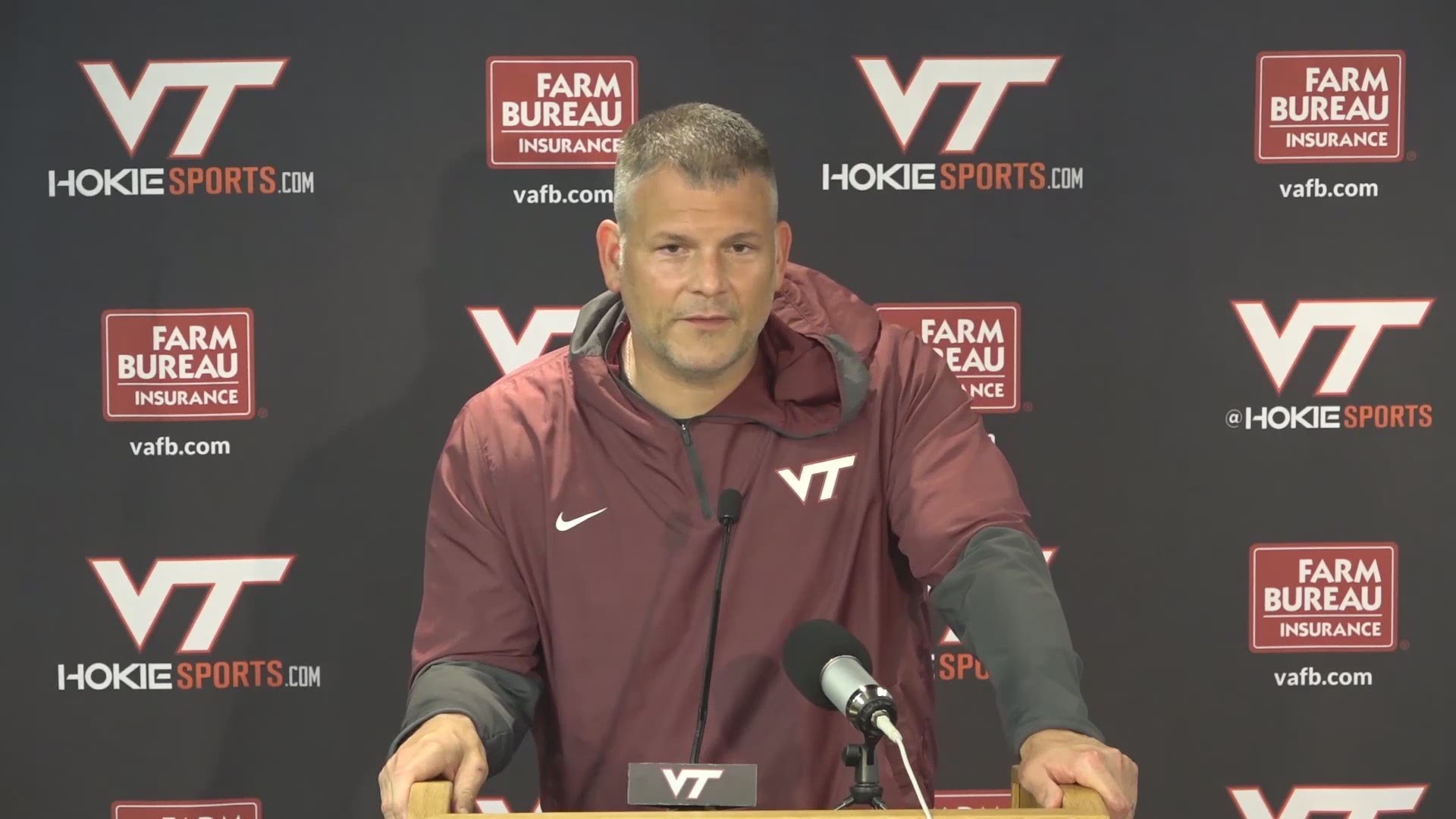 BLACKSBURG, Va. — The numbers are trending down. Over 20 players were out with Covid-19 for each of the first two games of the season for Virginia Tech. 15 were missing in action against UNC last Saturday. That is still a large group.

Head coach Justin Fuente has had to learn to be creative as he says, "We're drawing stuff up on the sideline to try and get eleven people out there. It's like eighth grade football. I hate it for our kids, but that's the situation we're in."

Boston College is next for the Hokies. Fuente announced Hendon Hooker as his starting quarterback. With Hooker at QB and Khalil Herbert doing his thing at running it could very well be a solid one-two punch. Hooker had this to say about Herbert, "He's like dynamite and I'm more pop-rocks. He really  gave us the spark we need and just to see him go out there and play his game and have fun is just a beautiful thing to see."