Friday night marked the return of varsity high school football games at some schools across Maryland after the pandemic delayed the season by several weeks. 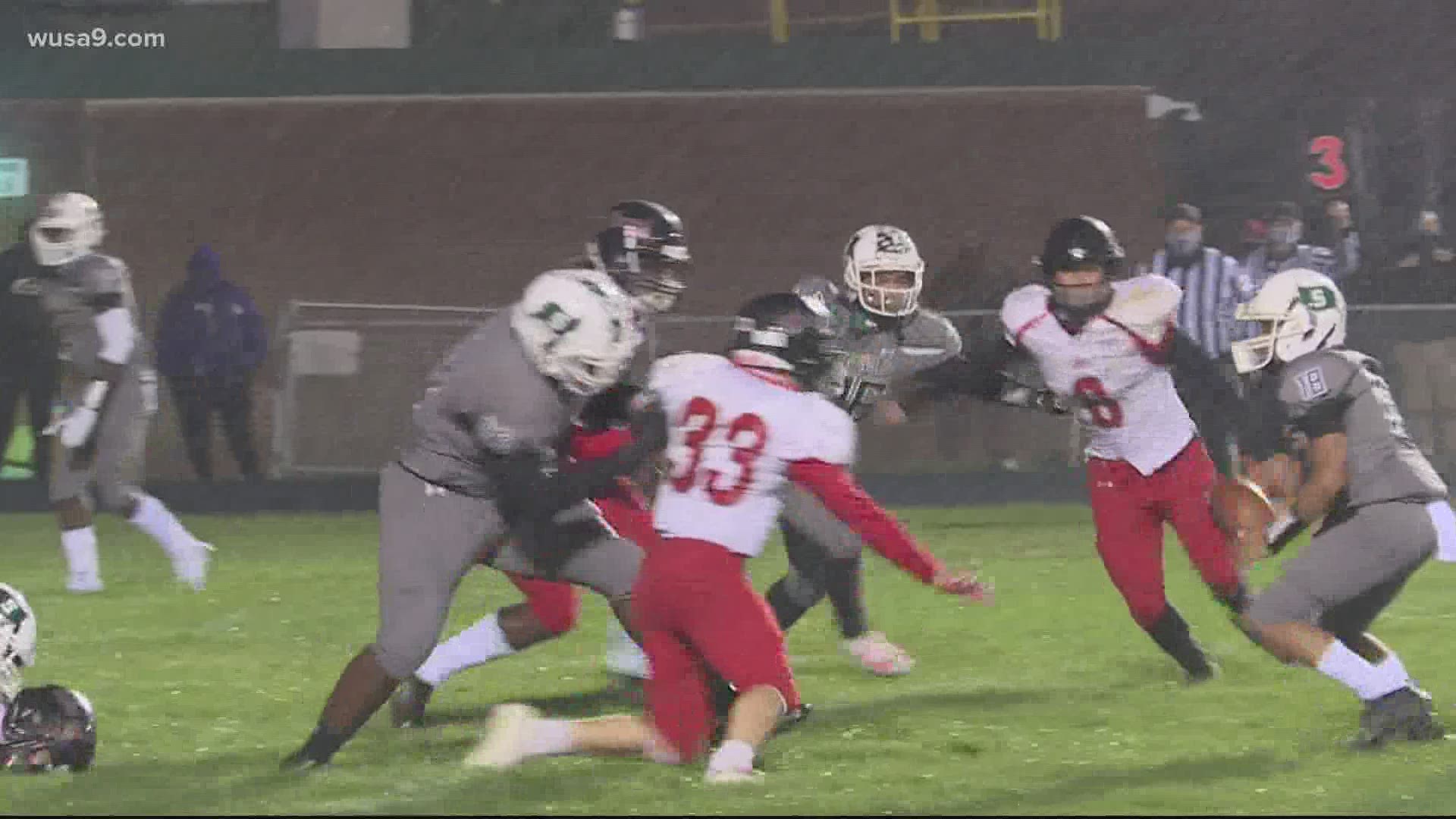 HAGERSTOWN, Md. — Friday night marked the return to the game field for some high school varsity football teams across Maryland after the pandemic led to weeks of delays to the season.

South Hagerstown hosted its crosstown rival, North Hagerstown, to kick off the shortened slate of games this year.

Fans cheered, the band played fight songs, and a sense of normal could once again be felt for the area.

While the rain and temperatures brought cold and wet conditions, the return of play under Friday night lights was welcomed by parents and supporters.

Due to the spread of coronavirus, the school took plenty of precautions.

Players and coaches did not meet inside the locker room at halftime, instead standing outside the school in small groups.

Fans were notified multiple times throughout the night by the public address announcer to stay socially distant and wear a mask.

Hand sanitizer stations were also set up at several spots around the concourse.

Despite the changes, fans and parents said seeing the return of football brought some relief after a tough year.

"It means a lot to both sides of Hagerstown," Davis said. "I think it’s amazing because I’m a big sports fan. To not have anything, it’s just depression. It’s an outlet. We haven’t had this March.”

Last month, Maryland Gov. Larry Hogan announced the state's school districts could start their fall sports seasons when they felt it was appropriate to do so.

While many Maryland counties are holding scrimmages and practices, Washington County Public Schools officials said their district, Garrett County, and Allegany County were the first to hold interscholastic competitions in the state. 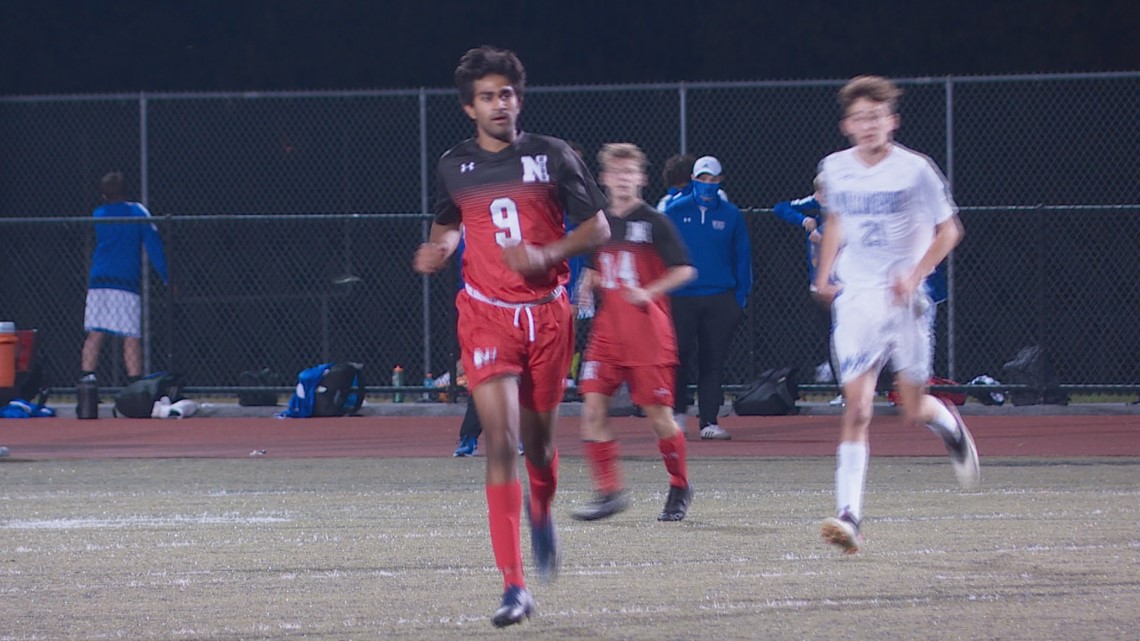 Some Maryland high schools resume interscholastic sports games
In September, Maryland Governor Larry Hogan said the state's school districts could start their fall sports seasons whenever they felt it was safe to do so. HAGERSTOWN, Md. - Some Maryland counties are allowing interscholastic athletic competitions to resume for students. On Tuesday, Washington County Public Schools teams competed against one another in soccer, volleyball, and cross-country.

For the fans at South Hagerstown High School, the Friday night lights and return of football action were something they were grateful for.

"That’s the whole point. It’s just to have the game back," Johnny Abreu, whose son played in Friday's game, said. "This is why we sit out here in the rain.”