Here's how some of the Blues are spending their afternoon 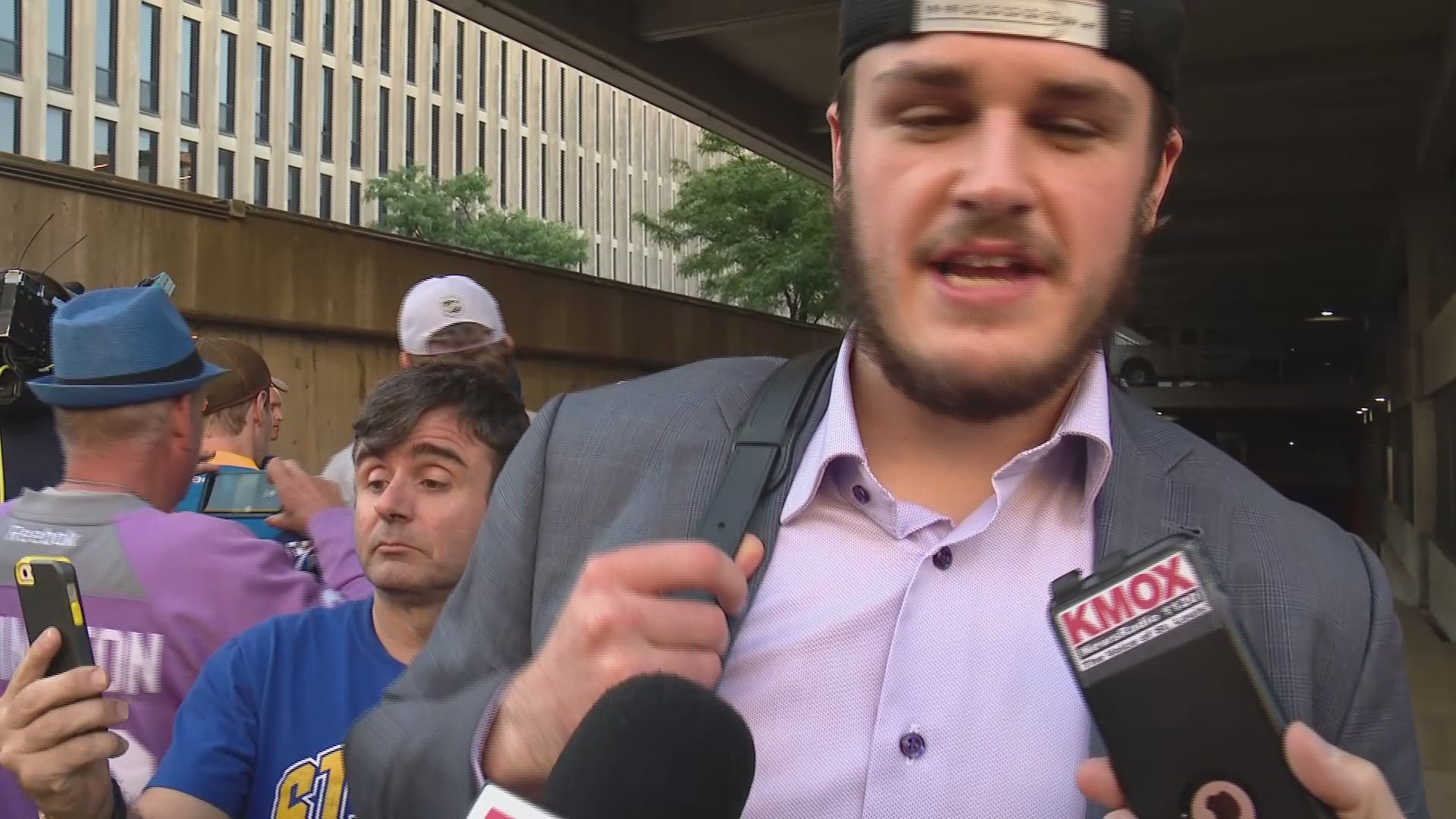 ST. LOUIS — The St. Louis Blues are back in town and they brought the Cup and the party with them. But several players are putting the heavy-duty partying on hold.

5 On Your Side caught up with several players as they left Enterprise Center Thursday morning. The common theme: Nap first, party later.

Here's what they said:

Brayden Schenn: "It’s been a long night; it’s been a hell of a day. We like to party. It’s bedtime now, we’ll keep it going tomorrow."

Tyler Bozak: "Yeah, we’ll probably have a little nap and get back out. I didn’t really know it was bright out yet. Maybe we’ll just keep it going."

Pat Maroon: "I can’t wait nothing but better to celebrate."

A note on Maroon, we think this is what he said. Based on the brief conversation we had with him and the photo of him all smiles with the Stanley Cup in his lap, we're guessing he had a great flight home. His fiance then added that they were going home to rest. Take a listen to Maroon's interview at the 2:48 mark in this video.

Blues owner Tom Stillman: "Yeah, need a little rest in between now for old guys like me. (laughs)"

Vladimir Tarasenko: "Now we have time to spend with families and get some celebrations going."

While we haven't seen the Cup out in public yet, we do know the Tarasenkos spent some time with Stanley Thursday. They shared a photo on Instagram of their 6-day-old baby boy wrapped up and resting inside the bowl of the Stanley Cup.

The Stanley Cup wasn't spotted with any of the players as they left the arena.

Ryan O'Reilly was there with his Conn Smythe Trophy. Several other players were spotted in the background of the photo and video shared with 5 On Your Side, including Pat Maroon.

5 On Your Side's Marianne Martinez spotted the players signing autographs for the group of fans who were gathered in the parking lot. She said it became an impromptu rally. Blues alum Kelly Chase also was there celebrating with the players.

Don't be surprised if you see or hear the Blues taking the Cup around town over the next week or two, as Joel Edmundson said to 5 On Your Side.