On Sunday, Edsall announced he would be retiring at the end of the season. 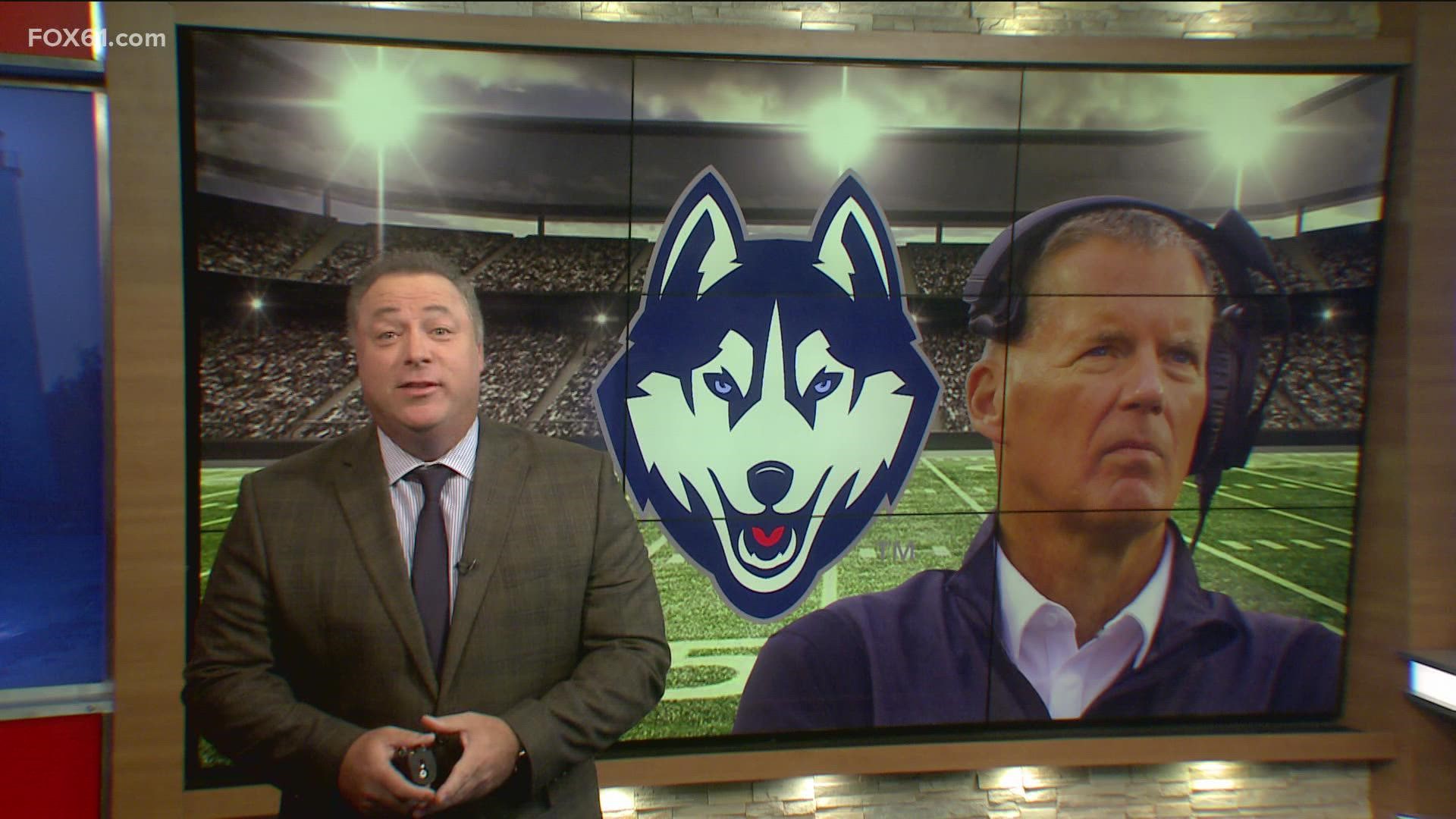 Edsall and director of athletics David Benedict came to the mutual decision that it is in the best interest of the UConn football program for Edsall to step aside immediately as head football coach, a spokesperson wrote in a release.

Lou Spanos, the Huskies' Defensive Coordinator, will take over for the remainder of the 2021 season.

“Upon further reflection by both Randy and I, and after having the opportunity to visit with Randy today, we are both in agreement that it is in the best interest of our student-athletes to have a new voice leading UConn football,” Benedict said.

According to a release, Spanos has been on UConn’s coaching staff since the 2019 season and is a 26-year coaching veteran with previous experience in the NFL and college.

“I have gotten to know Lou over the last two years and have great respect for him as a person and for his football acumen.  There is no doubt that Lou has the respect of the players and I look forward to supporting him and the team for the remainder of the 2021 season.”

On Sunday, Edsall, who is in his fifth year of his second stint as the Huskies’ head coach, announced he would be retiring at the end of the season.

Edsall announced his retirement on Twitter in the following statement:

After 17 years of service at the University of Connecticut as its Head Football Coach, I've decided to retire at the end of the season.

Back in 2017 I made a commitment to the University, but felt it was better to make this announcement now rather than the end of the year to allow the University ample time to prepare for the future of the Football program.

All my focus and attention for the rest of the season will be to prepare our players and coaches to go out and win as many games as possible.

RELATED: UConn returns as an independent after sitting out 2020

HERE ARE MORE WAYS TO GET FOX61 NEWS

Stream Live on ROKU: Add the channel from the ROKU store or by searching FOX61.