The George Washington versus George Mason basketball game was the site of a peculiar world record-setting event. 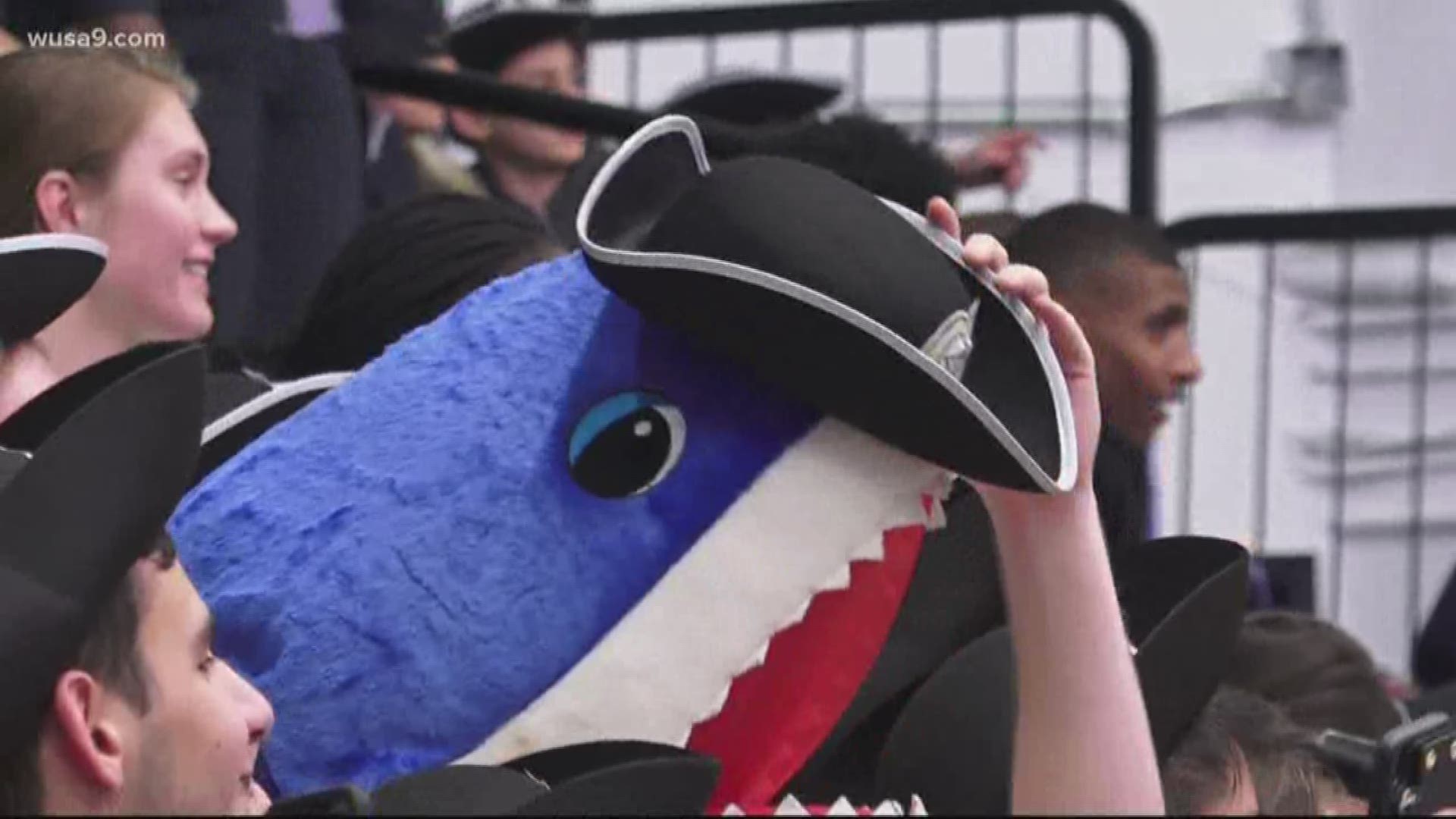 WASHINGTON — While the George Washington University Colonials won its home basketball game against George Mason on Wednesday, many fans left the arena that night also being a part of a world record.

Fans at the GWU game set a world record for the largest gathering of people wearing a tricorn hat, which was accomplished by the University's athletic department handing out tricorn hats to the first 3,000 fans to enter the arena.

The moment, it happened. Thank you to all of our fans for being part of George Washington Tricorn history!," said the school in a tweet from its men's basketball Twitter account.

There are no officials records that WUSA9 could find for this world record, but the tricorn hat, which is associated with the colonial-themed mascots that both schools use,  definitely was an interesting a fun idea to highlight a rivalry of two schools that are roughly 15 miles away from each other.

While George Washington may have won the game, George Mason is doing better on the season. GWU sits at 7-10 overall on the season while GMU is 12-5 overall.

The Colonials will next play at UMass on Saturday while the Patriots will take on Richmond on Saturday at home.

RELATED: 'Public usage should be the priority' | DC residents voice concerns over future of recreational field

RELATED: Juan Soto's 21st birthday falls on the same day as Game 3 of the World Series