Get to know the Nationals' Eric Thames. Washington's next fan-favorite player 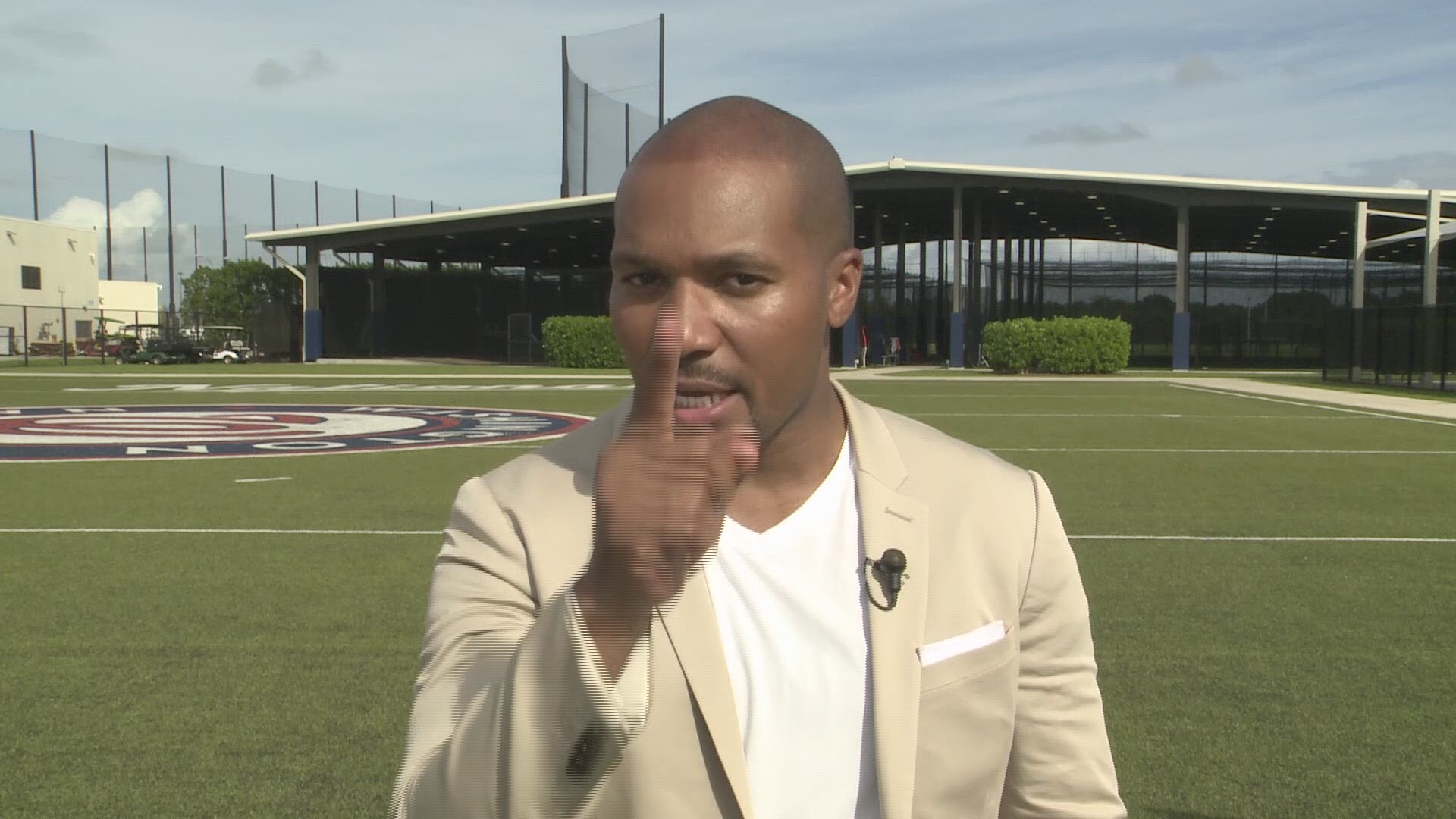 WASHINGTON — Eric Thames is going to quickly become a fan-favorite among the new Nationals players.

The first baseman signed with the Nats in early January, and there was no question Washington is where he wanted to be. He also is someone who is known for being a fan favorite with other baseball clubs because of the dugout traditions he has implemented and embraced.

“Talking to a few guys on the roster, like even being on the other side watching them play, you could just tell they played for each other,” says Thames. “There was a lot of team camaraderie and they just had a lot of fun. After the opportunity arose, it was like it’s time I jump on this. Even if the team lost last year, I’d still be here. The atmosphere is so cool and so grand, once you experience that there’s no better place to be.”

Eric Thames got to see the Nats up close and personal during last year’s postseason.

The former Brewer homered off of Max Scherzer during the Wild Card game last October to give Milwaukee a 3-0 lead.

Thames says he hasn’t spoken to Scherzer about the homer.

“Nope,” says the Nats first baseman. “I let pitchers do their own thing.”

In Eric Thames, the Nationals are hoping to fill some of the void offensively created when Anthony Rendon signed with the Angels.

“I do a lot of strong man training, a lot of squats, a lot of shoulders, dead lifts, all that functional stuff,” says Thames. “December I kind of shut all that down. Do a lot of band work, like high rep and stretching. So I can be able to throw, be able to rotate, be an athlete essentially.”

There’s video of Thames performing mixed martial arts moves, but don’t expect him to get in the Octagon any time soon.

“No chance,” says Eric Thames. “I enjoy it until you get hit. Ever seen how hard those guys hit? Getting punched, getting wrestled, OK. Getting kicked in the head, you can just take me out of that.”

While we won’t see Thames pound guys in an MMA fight this year, we hope to see him hit plenty of baseballs over the fence this season.