Virginia Tech's head coach has a thought or two on the program and the rivalry game with UVA. 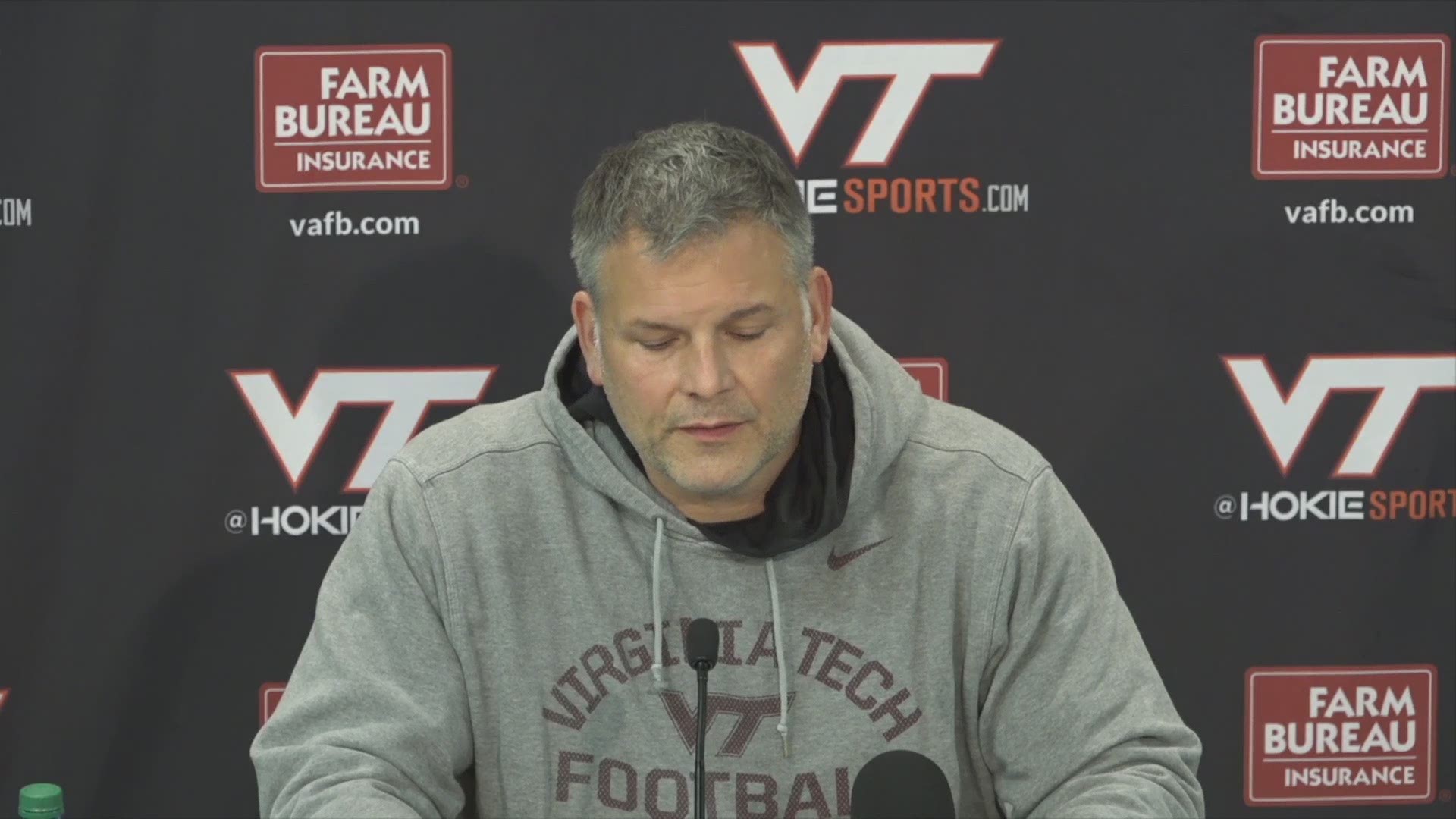 BLACKSBURG, Va. — It's fair to say Virginia Tech head football coach is upbeat about his program in the long term and winning back the Commonwealth Cup in the term.

Their annual rivalry game with Virginia is Saturday night in Blacksburg.

The first thing on the agenda at the football press conference earlier this week was the pandemic and how the Hokies will have played all eleven games on their schedule. Head coach Justin Fuente gave credit to his players suggesting that they were driven by their desire to play football.

No matter what happens against the Cavaliers, Tech (4-6) will finish the regular season with a losing record. Fuente has taken some heat but thinks they're headed in the right direction, "The bottom line is I love what we're teaching, and what they're retaining and where we're going."

At the same time, he knows the 2020 snapshot is not a thing of beauty. Fuente goes on to say, "I can't sit here and tell you I feel awesome because of the short term results that we've gotten, but in the long term direction and where we're going and how our kids are performing on a daily basis in the classroom and in the community."

UVA broke the Hokies 15 year death grip on the Commonwealth Cup last year. It's easy for Fuente to explain what makes this rivalry special, "I think the first thing is just the passion. People care." Plus, he says, "For us it's about competition.  I think if you are a true competitor, you're not afraid to put yourself in the arena and lay it on the line."